Trending Stories from The Marquee
You are at:Home»Album Reviews»The Yawpers ‘Boy In a Well’
By Marquee Magazine on August 1, 2017 Album Reviews, Brian F. Johnson 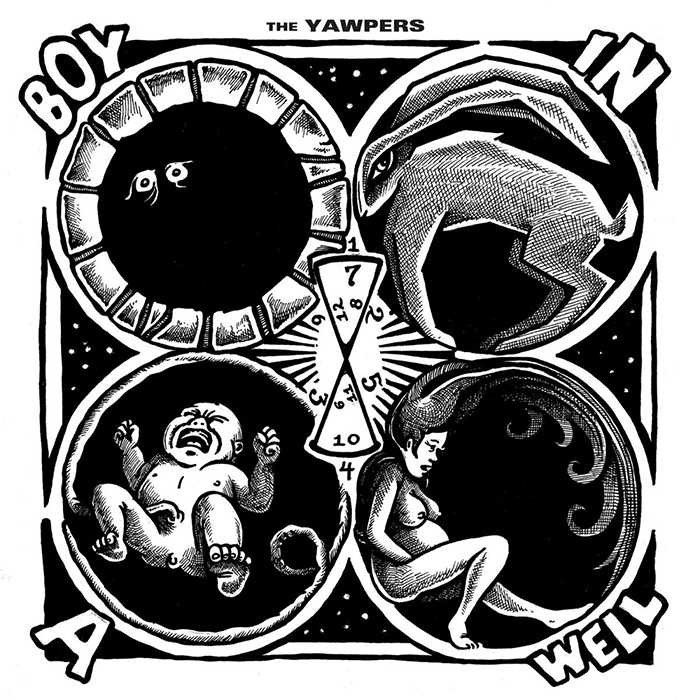 The Yawpers
Boy In a Well

To really go fast, drivers just can’t hit the long skinny pedal on the right all the time. It takes brakes as much as it takes throttle to put in a good lap time.

The Yawpers have been going screamingly fast since their inception and have occasionally tapped the brakes in the past, but on their third album, Boy In A Well the Denver trio has learned that brake/gas finesse and have harnessed the immense amount of power into a controlled — but certainly not tame — beast.

Recorded in Chicago, Boy In A Well is the group’s follow up to their 2015 Bloodshot Records label debut American Man and according to the label the album is a story-vision that was conjured by Yawper king barbarian Nate Cook after an ill-advised combo meal of alcohol, too much Dramamine (which makes people hallucinate at high doses) and an early morning flight. “The delusional result,” Bloodshot explained “is a sensational tragedy set in World War I France about a mother abandoning her unwanted newborn. It’s an album of complete immersion and instinct, with personal background (the story removes shrapnel embedded from Cook’s failed marriage) meeting psychological fascinations (German realpolitik, Freud, Oedipus, and the lasting social and cultural fallout of WWI… you know, the usual rock and roll stuff).” Imagine an edgier, angrier, more bombastic, less psychedelic version of Pink Floyd’s anti-war opus The Final Cut.

Much of the album sees Cook, guitarist Jesse Parmet and drummer Noah Shomberg handling tracks in Yawpers-101 fashion. A blend of scuzz blues and psychobilly that continually adds fuel to Cooks’ already raging vocal inferno — which itself is a mix of hip-shaking Elvis, the ‘fuck you’ of Sid Vicious and the restraint of a blacked-out Jim Morrison. “A Decision is Made” and “Mon Dieu,” among others, sees Cook go maniacally off the rails, and “The Awe and The Anguish” spends more than two-thirds of its life as a soft, front porch slide guitar number, but ends with Motörhead amounts of acoustic metal and mayhem.

But, from the first chord of the opening track “Armistice Day,” The Yawpers show that their grungy, fuzzy foundation is ready to handle much more weight, and the band gets downright heavy in subject throughout.

“A Visitor Is Welcomed,” begins with a standard Shomberg stomp, but Parmet quickly calms the mood with a soft finger-picked melody, while Cook lays into the story of the boy in a well with the lyrics “In a light from overhead, visitation comes higher than the highest he can touch.” By the time the group reaches the climactic ending of the track, Cook’s voice cracks with a soul-piercing level of emotion as he repeatedly sings “For the boy in the well.”

The track “Room With A View” follows as a lonesome ballad that tells the story of the unwanted child growing up in the well where he was abandoned.