Trending Stories from The Marquee
You are at:Home»Cover Story»Washed Out
By Marquee Magazine on August 1, 2017 Cover Story, Features, Interviews, Michael Chary 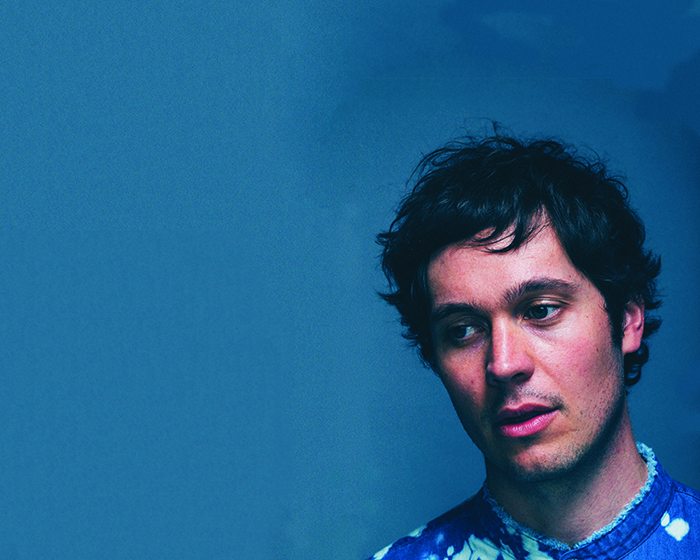 One might assume that pioneering a new subgenre of music would take an artist with an established name, reputable clout and an intuitive knowledge of music trends; but thanks to the internet, that’s not always the case. And while these subgenres are just as volatile as any internet trend, their impact can expose and nurture artists who would have gone unnoticed otherwise.

Earnest Greene, a.k.a Washed Out, is a prime example of an artist who, somewhat accidentally, helped pioneer the birth of the massively popular and sometimes derided genre of chillwave. Chillwave can be thought of as the soundtrack to the millennial hipster, the musical anti-anxiety drug to help this generation cope with the assumed banality of 21st Century life, and Greene has made this the theme of his latest album, Mister Mellow.

Having strived to live the 9 to 5 life, before being whisked away by the tides of chillwave, Mister Mellow comes off almost as an ironic lament to his unexpected celebrity and success as a musician. “It’s definitely meant to be a little tongue-in-cheek,” Greene told The Marquee in a recent interview. “I think I go back and forth. I certainly enjoy the freedom of being a musician. Whatever day I don’t feel like doing anything I can just lay around and do whatever I want, but at the same time there’s cons to that lifestyle as well.”

The satirical tone of Greene’s latest album is not only apparent in the wistful contemplation of his lifestyle, but also in its overarching commentary on the millennial generation. The cover of the album depicts comical trinkets and paraphernalia that are a nod to the chillwave movement, as well as a prominently displayed Xanax bar as its centerpiece. And while this theme is intentionally playful and self-deprecating, there’s some authenticity to that underlying sentiment. Greene — who most famously composed the opening theme song for Portlandia — says he’s struggled with anxiety and had an aversion to the attention and publicity that has come with his fame.

“Being a very private person, I have a hard time opening up my world,” Greene said. “Nowadays with social media, that’s really normal, I understand that people enjoy seeing behind the scenes a little bit, but there’s also a lot of oversharing that happens and that’s been the hardest thing for me I think — moving past being a shy person, I’m very much a private person so I don’t want to be like, “Yo, this is what I had for lunch today.”

As an artist with an aversion to the limelight and an anxious nature, maybe the creation of chillwave was an inevitability — the impetus for this new genre and Greene’s method for dealing with that kind of stress.

“I would say maybe on a subconscious level, you know I’ve been doing music for a long time and had been doing music before ‘being discovered,’ so much so that it’s sort of like this flow state of when I’m working there’s very little thought going into it, but I do think some sort of pieces of anxiety would seep into maybe the melodies and the lyrics,” Greene said. “On my first few records, that anxiety was more about, what the hell am I gonna do with my life, at the time I was looking for a job, I had just graduated from school, it was in the middle of the big recession so a lot of that was fueling it, whereas now it’s maybe a slightly grown-up bit of anxiety. I feel somewhat established with what I’m doing now. I certainly have doubts about five to ten years from now, but yeah it’s more about adult-type stuff.”

And while the imagery off of the new release, which includes an accompanying visual album, shows the semblances of previous stress dealings, it’s tone is more upbeat, comical and cheeky. Incorporating more electronic dance and disco elements with his signature ambivalent ambiance. Greene seems to be exploring a new iteration of Washed Out.

“Yeah with each new record my hope is to move forward and try new things while still maintaining some sort of connection to my past work,” Greene said. “For this one the biggest change — it’s quite sample heavy, just the way I put songs together — but there was also very much an influence of dance music. It’s basically me trying new things, trying to widen the scope of what a Washed Out song can be. It’s kind of the fun part for me is trying to move forward, but not having any sort of dramatic, drastic shifts.”

Throughout the album, Greene interludes clips of existential ramblings that he discovered from spending hours on YouTube, listening to random users video blogs.

“I just started spending a lot of time on YouTube either looking for inspiration or samples and would just stumble upon a few of these web vlogs which normally is like an individual by themselves, in their room, talking to their webcam and I feel like its a very unguarded situation, where often times — I mean obviously there’s tons and tons of terrible stuff that you’ll sit and listen through — but then you find these little moments, of whether its like sincerity or spontaneous feeling, that feels really real or poignant, that’s what I was looking for and I was surprised at what I was able to find,” Greene said.

Although some of said clips often sound circuitous, hazy and occasionally incoherent, they fit perfectly into the nebulous daydream that is classic of Washed Out — music that evokes an ethereal pleasure, without taking itself too seriously. And Greene said his intention this time around was to do just that.

“Yeah, I would say if there was a theme to this album it would be like comic book style or something really kind of silly and chaotic. That was my big aesthetic goal from the start was to really go wild, with not only the sounds being really sloppy and crazy but just the whole tone of everything being kind of tongue-in-cheek.”