Trending Stories from The Marquee
You are at:Home»Album Reviews»Francis and the Wolf ‘Ladies & Gentlemen’
By Marquee Magazine on September 1, 2017 Album Reviews, Brian F. Johnson 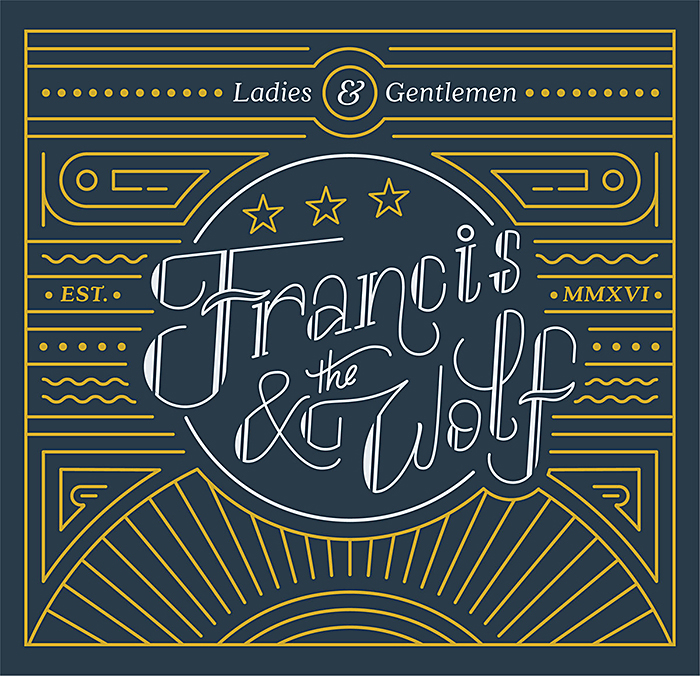 Francis and the Wolf
Ladies & Gentlemen

With a heaving E Street Band dose of organ and a soulful, glass-raising chorus Francis And The Wolf kick off their debut release Ladies & Gentlemen with the red, white and blue rock and roller “Ol’ Lady.” That first firecracker ignites an album’s worth of roots rock that feels as American as a parade on the Fourth of July.

That sing-along, feel-good spirit is palpable throughout Ladies & Gentlemen but Francis and the Wolf have also managed to bring a songwriter approach to their rock and roll table, tackling topics of love, life, politics and the past. As they put it in a press release “Our philosophy, spirituality, and political views lace the tracks — unapologetically.”

The band is named in honor of the compassion over violence moral tale of Saint Francis, who, as legend has it, befriended a wolf that was terrorizing a city. With that level of storytelling and insight behind them, Francis and the Wolf offer the incredibly timely track “Lady Liberty” with its superb chorus “Lady Liberty why are you crying / Lady Liberty I can see you trying / To talk some sense into your nation / Hold your lamp high, hold your lamp high.”

“Vices” is cut from The Jayhawks playbook, with a sort of retrospective, straightforward seventies rock, windows-down groove. And “Feels Like A Memory” is an earnestly sung and superbly played track that culminates with a repeating, climactic outro that again effortlessly weaves feel-good melodies with tear-your-heart-out lyrics.

Coupling their well-crafted lyrics with their American rock flavor, Francis and the Wolf is centered around the towering vocals of guitarist Aaron Wardle, who is joined by lead guitarist and pedal steel player Sam Brewer, keyboardist/organist Damain Kilday, bassist Dan Lance and drummer Josh Quesada.