Trending Stories from The Marquee
You are at:Home»Album Reviews»Nathaniel Rateliff & The Night Sweats ‘Live At Red Rocks’
By Marquee Magazine on November 1, 2017 Album Reviews 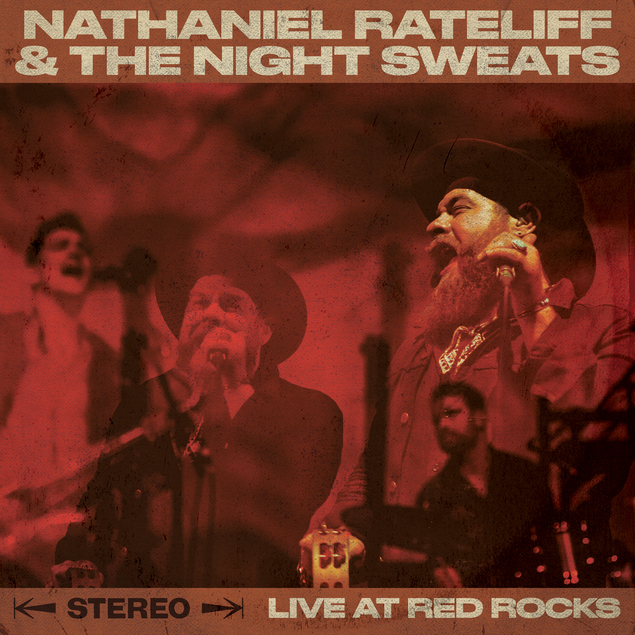 Nathaniel Rateliff & The Night Sweats toured so heavily in 2015 and 2016 that much of it was just a blur of cities, flights, and bright lights. But weariness be damned.

When the group hit the one-year anniversary of their self-titled debut in mid-August of 2016 with a sold-out homecoming show at Red Rocks Amphitheatre, they were chiseled like prizefighters — tough as nails, and playing at the absolute top of their energetic, denim-clad “International Dickweed” game.

With a sultry heaping of horns and a guest appearance by the Preservation Hall Jazz Band, Rateliff and the Night Sweats saunter into the set with “Failing Dirge,” quite possibly the most impassioned death-march ever performed, and proceed over the next 18 songs to tease, entice and get down and dirty with their Denver brethren. That raucous, over-the-top introduction is ironically one of the most subdued parts of the recording which proves to be a straight shot of adrenaline to the heart of a live album.

This incendiary live set culminates with the Preservation Hall Jazz Band joining The Night Sweats to perform “S.O.B.” before finishing with Sam Cooke’s classic “Having a Party,” as the second-line paraded with band in tow right out of the famed venue.

Rateliff and company are currently back in the studio and have a new record due in 2018.