Trending Stories from The Marquee
You are at:Home»Cover Story»Spafford
By Marquee Magazine on November 1, 2017 Cover Story, Features, Interviews, Timothy Dwenger 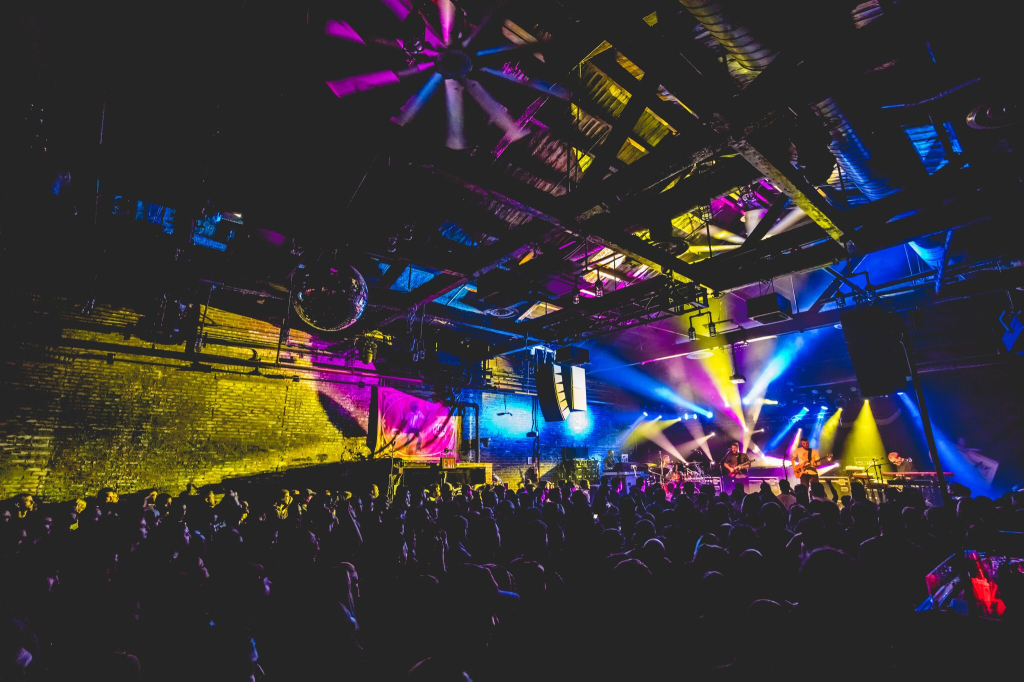 It’s no secret that the music business has been in a steady state of self-destruction over the last 15 years. The money simply isn’t coming from the same places, the same old formulas just aren’t working anymore, and industry lifers are struggling to make ends meet as record sales plummet. Something had to change and that left an opening for newcomers like Arizona’s Spafford who are more than willing to bend the rules as they explode onto the scene with new tricks up their sleeve.

Hailing from Prescott Arizona, Spafford was born on New Year’s Eve 2009 when Jordan Fairless (bass) and Brian Moss (guitar) came together to throw down at a New Year’s party. Since then, the band has added Andrew “Red” Johnson on keys and, most recently, Cameron Laforest on drums.

By playing constantly and building an improvisational language, Spafford gradually built a loyal following in the Southwest. While they released a self-titled album in 2012, that project is their only “traditional studio album” to date and it bears all the hallmarks of a band’s early output. “It was a long time ago that we recorded that,” Fairless said during a recent full-band interview with The Marquee as they got ready for a show in Connecticut in the early stages of a lengthy Fall tour. “It was a completely self-produced and self-recorded album and our style has changed a bit since then. We still play those songs, and we are still proud of that album, but it’s time to get something else out there.”

The boys were tight-lipped about when they might find the time to hit the studio again, but they were more than happy to talk about a recent jam that inadvertently turned into a norm-shattering album. “I don’t think we went into the session with the intention of recording it, at least I didn’t,” said Moss. “I had no idea we were recording it at all. I think Jordan just snuck back there and hit the record button and we just kinda went for it.” The resulting album, dubbed Abaculus, is that hour-long jam session, in its entirety, released as a single-track album.

“It was really clear after we got done playing that something special had happened,” Johnson said. “Then obviously listening back to it on the recording it was very, very, clear that this was something that we wanted our fans to hear and we wanted to share it with everybody.”

As anyone who is familiar with jambands and the art of improvisation can attest to, it’s extremely rare for a jam of this length to stick to one theme, one lead instrument, or even one tempo so, at first listen, Abaculus doesn’t necessarily come across as a single track. “It’s like an album, it has songs on it, it’s not just a jam,” Moss said. “There are parts where it is transitioning to another song and it changes keys and feels, and it’s a blast to hear that.”

Fairless picked up where his bandmate left off adding “there is no formula as to what music needs to be. There are no bounds and there is no limit to what you can do and for us, well, we just might do things a little different sometimes. There was definitely no question that we wanted to release this as one track because we wanted people to experience the whole hour as it was played. That’s how it should be listened to. We didn’t want to give people too much direction. We wanted them to listen to it and try and figure out their own time stamp of what movement they like. For example, someone might like the 5 minutes at the 5:32 mark over and over again. They get to pick their song names and people will remember all the specific times of when their favorite stuff starts. We don’t have to label it for them.”

It’s an interesting idea and, while it’s not necessarily unique, it has caught on with fans who have been reacting gleefully about the release. It makes sense, after all, that fans who flock to see this band improvise on stage and stretch their songs out well past the 20-minute mark sometimes, would love to have access to a pristine recording that captures the lightning in a bottle so-to-speak.

“We were really constricted with the flow of songs during the summer festival season and once we got the opportunity to stretch our legs in our studio, knowing that fall tour was on us, that’s where Abaculus came from,” said Moss referring to how truncated festival sets can cramp an improvisational band’s style. “This fall we are pushing bounds and definitely taking set lists a little differently than we did during the summer season and we are just having a lot of fun with it. This whole thing is a release of the chaos and stress of the summer for us.”

While fans might have their favorite sections from Abaculus, Moss was careful to caution that the band is not playing movements from the record in their live shows this fall as they intend to focus on more traditional “songs” from their catalog. “There are recurring themes sure, but is it the same stuff that’s on Abaculus? No. That is a one-time original thing. I don’t think we have played any of the movements after that session and as of now we haven’t really stripped anything from it to do anything further with it. We are letting it be its own thing,” he said. “The four of us can create a lot of music, and a lot of live music, and emotional music, so we don’t rely on just one thing, we keep pushing the bounds each and every time we pick up our instruments.”