Trending Stories from The Marquee
You are at:Home»Album Reviews»Strange Americans ‘Borrow You, Brother’ | Colorado Albums of the Year
By Marquee Magazine on November 30, 2017 Album Reviews 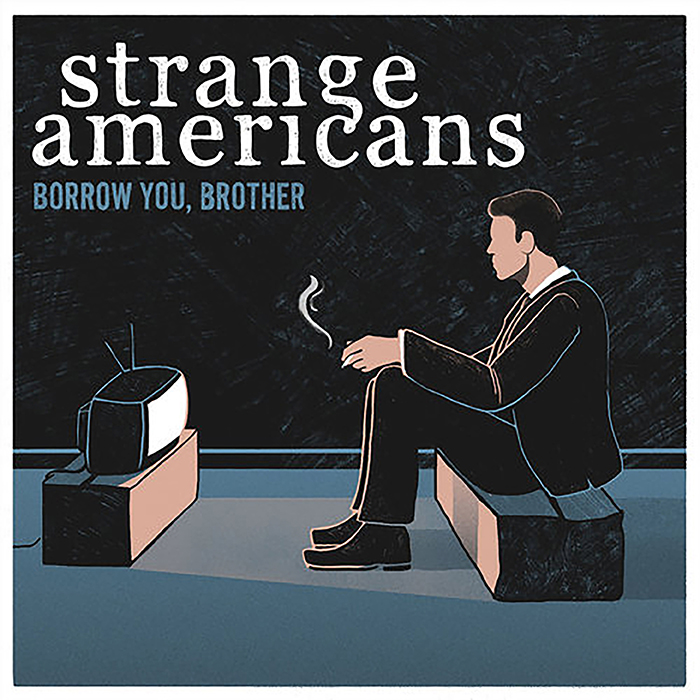 “The Joneses they got everything/and it’s all collecting dust,” the opening lyric from “No Punches” sets the tone for Strange Americans’ latest album Borrow You, Brother. The album takes a tough, frank and honest — although not altogether cynical — look at the state of the American Dream.

With biting lyrics like “Think you’ll get that corner office if you stay in line,” from “Some Punches” and “I might be set on jeans for a while,” from “Big Black Car,” Strange Americans paint a vivid picture of over-consumption and the country’s innate apathy-driven pursuit of mediocrity.

For a group that makes “Carhartt-wearing, hard-working, industrial beer-drinking, regular Americans” music, Borrow You, Brother — the group’s third full length following 2012’s A Royal Battle and 2014’s That Kind of Luster — sees the band expanding their horizons. On Borrow You, Brother, Strange Americans experiment with different sounds but keep the album still very much straightforward no-frills rock and roll that is heavy on songwriting and storytelling but presented with reverb-drenched punch and passion.

While the album shines a light on some serious issues, it also serves as the band’s gut-check about it all — it’s their realization of their role, and their call to be part of something and play a positive role in their community.