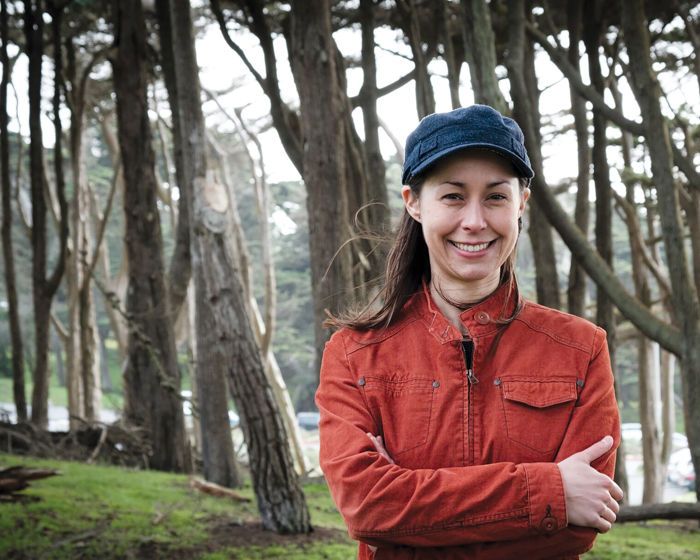 Whether it manifests in designing clever lot merch, organizing fellow fans for good causes, or embracing one’s individual dance floor colors, Phish’s boundless creativity sparks the same impulse in many of their fans.

Holly Bowling initially found her spark with her ambitious piano arrangement of the legendary “Tweezer” from the famed July 31, 2013 Lake Tahoe show. The sprawling jam, known simply as the “Tahoe Tweezer,” clocks in at 36 minutes and 48 seconds, and was the first transcription of a popular band’s improvisational music that Bowling undertook. She spent over a year on the formidable and ultimately transcendent arrangement.

“I worked on this thing as a personal project because I loved it,” she described, taking time out of packing for JamCruise to talk with The Marquee from her home in San Francisco.  “I had no intention of it turning into what it’s become.”

The enthusiastic response from the Phish community helped kickstart her musical career. She crowdfunded two albums, Distillation of a Dream: The Music of Phish Reimagined for Solo Piano (2015) and Better Left Unsung: The Music of the Grateful Dead Reimagined for Solo Piano (2016), turning her living room into a defacto distribution center piled high with boxes of albums. Those days have passed, with her full-time performing schedule seeing her grace stages with many of her musical heroes and bringing Bowling to bigger venues, from Terrapin Crossroads to JamCruise.

Bowling’s approach to composition has changed since she initially set out to tackle the “Tahoe Tweezer.” Instead of writing out separate instrumental staffs for each band member and then deciding where to condense or combine them, she decides as she transcribes — a more organic, and quicker, process. Some songs, like Phish’s “All Things Reconsidered” require a subtractive musical approach to fit the solo piano. Conversely, the melodic repetition of a song like The Dead’s “Wharf Rat” requires elemental additions to build an emotional narrative without words, an approach Bowling also used with the beginning movement of ‘Terrapin Station.’ “I ended up hiding a bunch of things in the arrangement,” she described. “I would pull teases from other Dead songs and work them into the basslines. I have all these little secret pieces that connect, like this web spinning out through the Dead’s music. That was a seed to work with to reshape those verses and give them variety, which is always a challenge when you’re stripping away the spoken story from the songs.”

Clearly, Bowling is an artist who isn’t afraid to challenge herself. When it came to on-stage improvisation, she had to confront her initial trepidation. “I knew it was a place I wanted to get to,” she explained. “But getting lost like that in front of a room of people, especially in the solo setting, is a very exposed, vulnerable place to be. When you’re letting the music take you where it’s going to take you, you’re putting your soul on display. You’re trying to tap into all these emotions inside yourself in front of strangers.”

To conquer her nerves, Bowling undertook a series of what she called “late night meditations” where she would sit at her piano at night, hit record, and improvise as long as she could. She would then post the raw recordings online. For a self-admitted perfectionist who likes to “relentlessly edit everything,” as she put it, this was far out of her comfort zone. But she felt strongly the spirit of the music required it.

“It wasn’t just becoming more comfortable with this music and feeling like it was okay to be taking more freedom with the music and how I approached it — although that was part of it. It was also feeling like it was necessary. This music demands that of you. That was a big shift for me. When I look at the setlists back when I was first starting out it was 15 songs but now it’s four or five.”

“That [improvisation]is the thing for me that has made me really want to keep doing this,” she continued. “I have the opportunity to explore on my instrument, to go wherever I want to go. I love playing improvisational music with other people because of the unspoken connection and the conversation, hearing what one person is doing and responding to that. But, at the same time, the more people you put on stage, it’s like trying to turn a bigger and bigger bus. There are a lot of people that have to get on board before you can make that unexpected left turn. Performing solo, I have an opportunity to take stuff anywhere. I don’t have to wait for anyone else to get on board. I can just surrender myself over to the music and really get lost.”

This year, Bowling will also be turning her attention to a new full-band project with Tom Hamilton, of Joe Russo’s Almost Dead, among others, called Ghost Light. The project also features Raina Mullen (guitar), Steve Lyons (bass) and Scotty Zwang (drums). For the last couple of months, the members of Ghost Light have been writing together in Philadelphia and plan to hit the road later this year, on a tour that will include Colorado stops.

“Tom and I got to play together a few times last year and every time we did we were like, ‘We’ve got to do this more often,’” Bowling said, describing the birth of Ghost Light. “Tom is an amazing musician and has an incredible work ethic. This has been a new experience for me but has all been incredibly rewarding. As a brand new band just getting to know each other, to have it feel very collaborative right off the bat feels really good.”

Ghost Light will be another chapter in an ever-evolving journey that has given Bowling the rare opportunity to experience this vibrant music scene as both fan and performer. “As someone who has been a huge fan of improvisational music for a long time there’s always this question of, when you catch a particularly good night of music, ‘Why can’t it be like this all the time?’” She reflected. “After years of being a fan who asked those questions, now I get it. Sometimes it’s just there, and sometimes you want it to go there so bad but it’s just not going to click.

“It’s cool to have been on both sides of the stage,” she continued. “The scene that I’m playing music in is the scene I have been a part of for a really long time. Many of my friendships, and, really, everything in my life, is rooted in this music in some way. It’s what I’ve lived and breathed for a long time. It still very much feels like home.”