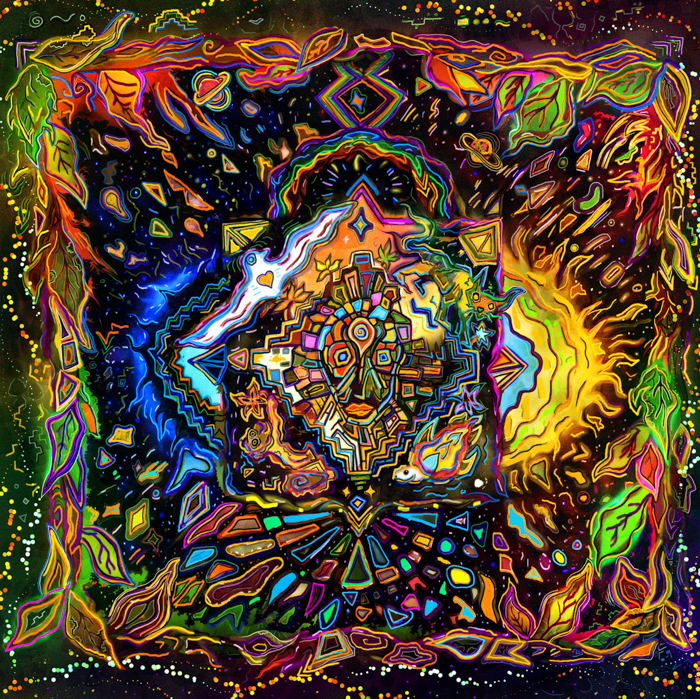 With heaps of spacey cosmic, ethereal soundscapes, Denver’s Lost Aliens, which formed in early 2017, put forth their debut LP Hyperspace Journey of the Ancient Jungle Stone. The insanely layered and rich tracks were all recorded live under the stars at a music festival in Michigan last summer, but the record is not billed as, nor does it sound anything like a concert recording. Instead, the album finds Lost Aliens sounding like early experimental Flaming Lips, with gobs of ambient, subdued improvisational tracks. But Lost Aliens’ Hyperspace doesn’t just idly float in spacey bliss. On the spacious, 18 minute-plus track “Antarctic Sunset” the group ranges from heady, dripping pop-psych harmonies to downright bouncy, funk-laden currents that take the track to far-ranging places and movements.

Despite the hefty amount of exploration and their non-hurried approach at getting “there,” Lost Aliens maintain a level of engagement that might get lost on other tracks with similar ambitions. The group consists of guitarist/vocalist Colin McGorey, percussionist JJ Chamberlain, bassist/vocalist Christopher DeVoe, saxophonist and flutist Deano Gray and guitarist/synths/vocalist Scott Moelich — and while they’re certainly exploring, they’re not noodling blindly, but traveling together on their Hyperspace Journey with a definitive path in mind, even if that path is fluid and ever-changing.