Trending Stories from The Marquee
You are at:Home»Album Reviews»SOLE ‘Let Them Eat Sand’
By Marquee Magazine on February 1, 2018 Album Reviews, Brian F. Johnson 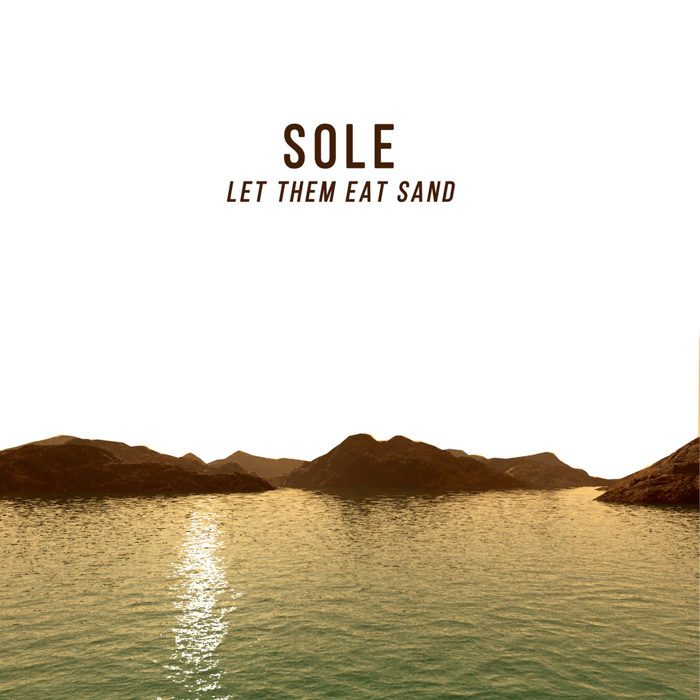 In the world’s tumultuous times more than a few people have made the prediction that an apocalypse is coming. But for the Denver-based revolutionary, experimental rapper Sole the end of days isn’t something coming in the future. Sole’s latest album Let Them Eat Sand presupposes that the apocalypse is, in fact, already here.

In a statement that introduces the rap pioneer’s latest release, Sole wrote “10,000 years of the failed experiment called civilization. 80 years til cities start disappearing into the ocean. 15 years til the Oglala aquifer is depleted and America’s breadbasket is a desert. 1,421 people killed by cops in 2017. 1 year of Donald Trump.”

It’s easy to attack Trump these days, he’s made himself an easy target, but Sole isn’t spitting his sharp-as-nails, targeted rhymes at just the obvious. Let Them Eat Sand isn’t picking sides based on something as ridiculous as political parties. Sole steps back to look at the bigger problems of the world and his firebrand of anarchistic hip-hop inhabits a space somewhere between the dance floor and the riot line.

On the opening track, “Life Is Ill” he raps “I wanna know what happens next/Will we destroy ourselves? I might not have to wait to find the answer/Don’t blame me/I voted for a giant meteor.” On the album’s first single “All Your Bases,” he looks to the skies for help with the verse “This one’s for the aliens watching in the sky/Now would be a good time to come down/show us some good will cuz it’s going down,” before he spit’s the thumping chorus “We don’t need your answers, we don’t need your trust/We don’t need your false solutions and your false hope/All your banks will burn all your tanks will rust all your streets are stolen, all your bases they belong to us.”

Sole, who helped to found Anticon records in 1998 has released over a dozen studio albums. He’s toured the world multiple times and his breakthrough album Selling Live Water is considered a staple of underground hip-hop. In 2009, when he landed in Denver, Sole left Anticon and began releasing records completely independently, and has since created his own label Black Box Tapes and built The Solecast podcast.

With his early career pedigree and his more current revolutionary leanings, it’s not a surprise Sole is so inherently political on Let Them Eat Sand, but what’s amazing is his diversity of topics. From big pharma to bio-engineering, bankers and CEOs, overdevelopment and overpopulation, as well as dozens of other political, cultural and societal woes, Let Them Eat Sand doesn’t paint a rosy picture by any means, but it’s not supposed to either. Its purpose is to awaken, educate, infuriate and ultimately inspire listeners to “open every cage.” “No gesture doesn’t make a ripple.”