Trending Stories from The Marquee
You are at:Home»Album Reviews»The Velveteers
By Marquee Magazine on February 1, 2018 Album Reviews, Brian F. Johnson 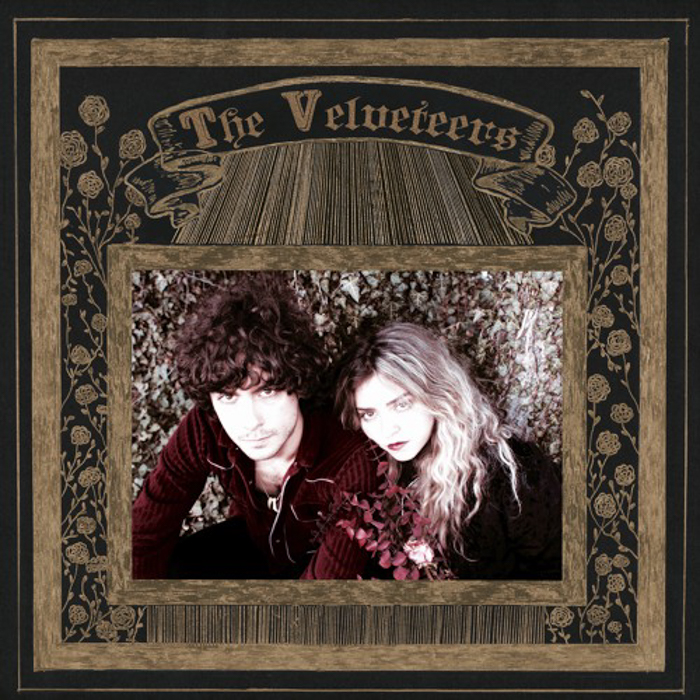 After nearly three years together as a band, Boulder’s The Velveteers have finally released their long-awaited debut. The band, which formed in 2015, the brainchild of then seventeen-year-old Demi Demitro and her brother drummer John, weren’t in a hurry to release their first album. In fact, in 2016, without a note of recorded music to their name, the band set off on their first tour and throughout 2017 the pair stayed on the road playing music festivals and opening for well-known acts.

But 2018 sees the dark, moody, fuzzed-out rockers getting down to business in their most official capacity to date. The self-titled, six-song EP is one of the most powerful female-fronted releases since the famed supergroup The Dead Weather released their seminal album Horehound. Like that Allison Mosshart/Jack White lead project, The Velveteers put forth an edgy, angsty, gritty rock and roll album that screeches from fuzzed-out garage rock roots to a sluggish nostalgia of swampy, blues-riff laden darkness, all of which serves as the platform for Demi’s haunting vocals.

The band claims that many of the songs on the album were inspired by Demi’s love for Brothers’ Grimm fairytales and that she wrote the album underneath the summer moonlight in a cemetery. Whether or not that’s true, a palpable witchiness pours forth from the EPs six tracks, as Demitro’s breathy, sultry, but powerful vocals hold center stage over the primal, explosive rock and roll. With a nod to “Sleeping Beauty” Demitro sings on “Eyes That Tell Lies,” “Take a bite of the poison, just one little bite/It’s gonna make you feel alright.” And on “Atlantic City” she howls “And now I’ve just been waiting for a murder of crows/for death to come up behind me and take me as I go.”

The Velveteers recorded the tracks straight to analog tape at Silo Sounds in Denver, and Demi produced the EP, while Todd Divel engineered, mixed and mastered the record. The group spent the better part of three years putting the debut together and that patience pays off in an album that will serve as one of the earliest contenders for the Best of ’18 list.