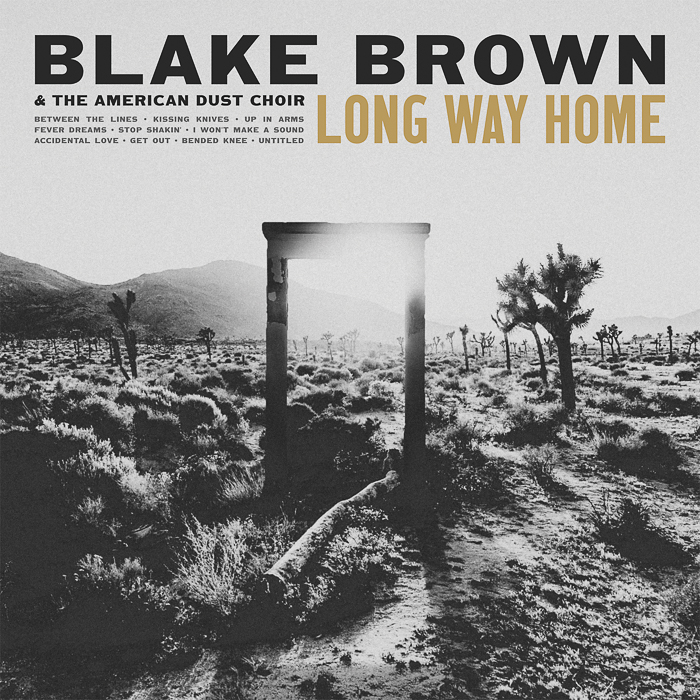 It’s been five years since Blake Brown & the American Dust Choir released their debut EP, but now, with a newly developed “choir,” Brown and company have finally put forth their first full-length and in doing so have acknowledged their past, and set the groundwork for their future.

Long Way Home is a collection of songs that represent different periods and experiences in Brown’s life, and by that very nature, a few tracks from the early EPs also appear on Long Way Home. Those tracks, however, have been reworked and refreshed by the new Dust Choir, which he explained on his website as a group that was always intended to have a revolving cast of musician friends, but now seems to be solidifying into it’s own more indelible entity. The current incarnation features his wife, Tiffany Brown, on keyboards and vocals, and longtime friends Jason Legler on bass, Adam Blake on drums and guitarist Trent Nelson (Strange Americans).

Produced and engineered by Joe Richmond, Long Way Home starts with “Between The Lines,” which sets the pace and tone of the entire album. With its exuberant opening riff, Brown’s breathy vocals, Nelson’s superbly played solos and its harmony-rich, triumphant climax, the song serves as a microcosm of the rest of the record.

The album’s lead single “Stop Shakin’,” is about “living in the moment, standing up for yourself and moving on no matter how terrifying the situation may seem. What lies ahead is well-earned stability, but first we need to stop the shaking,” Brown explained.