Trending Stories from The Marquee
You are at:Home»Album Reviews»Dragondeer ‘If You Got The Blues’
By Marquee Magazine on March 1, 2018 Album Reviews, Brian F. Johnson 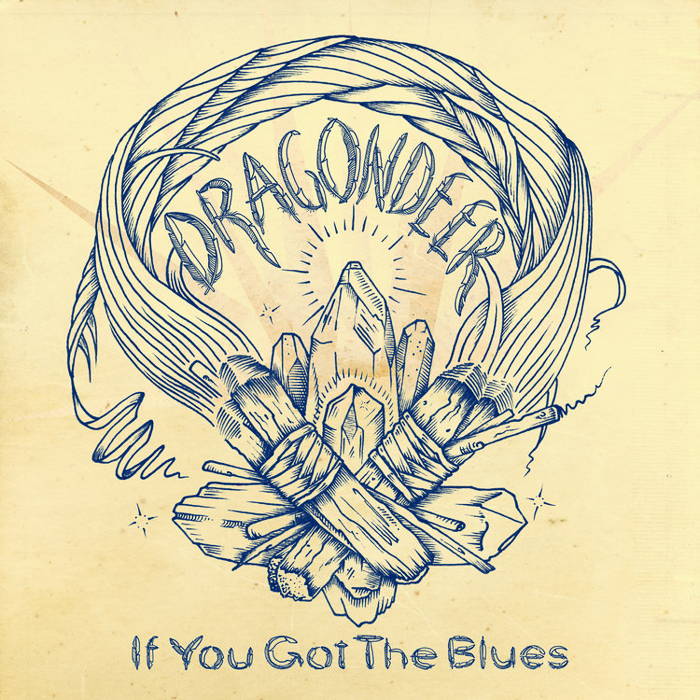 Dragondeer
If You Got The Blues

The opening title track of Dragondeer’s debut release sounds like a lost companion track to Percy Sledge’s famed recording of “When A Man Loves a Woman” — complete with soaring vocals, and a swampy, Muscle Shoals vibe. Eric Halborg’s immense voice towers over the track with a commanding, soulful performance.

But Dragondeer’s first album isn’t a revivalist R&B record. The group, which was founded in 2013, and put out a cover-heavy EP in 2014, has finally released their first full-length and the added time and patience has paid off greatly.

Recorded with the legendary producer Mark Howard — who’s worked with such luminaries as Bob Dylan, Tom Waits and Neil Young, among others — If You Got The Blues mixes the aforementioned swampy Muscle Shoals sound with a grown-up dose of Topanga Canyon cosmic psych, while also peppering in a variety of other influences.

Cole Rudy may play mandolin all over the album, but it never hints toward the instrument’s traditional bluegrass sound — not even for a second. The screaming electric solos he puts forth on “Amarillo Bump” mix with Halborg’s reverb-drenched harmonica to provide a latterday Black Crowes vibe. “Broadway Avenue,” on the other hand has an expansive, driving rhythm that gives Rudy plenty of room to make his lap steel shine. They go straight up Americana on “Believe,” while “Darkest Rocks” has an island feel to it, and “Let It Ride” showcases a heavy industrial beat and a Tom Waits’ “Bone Machine” like growl.

In a statement that accompanied the album, the group said that If You Got The Blues serves a personal manifesto for Dragondeer. “It’s about sticking by your loved ones and being there for ’em when they need it; raising up your tribe,” said Halborg. “We try to do that for each other and those around us so it felt right to name the record in honor of that notion.”