Trending Stories from The Marquee
You are at:Home»Features»Mark Farina
By Marquee Magazine on March 1, 2018 Features, Interviews, Sarah Baranauskas 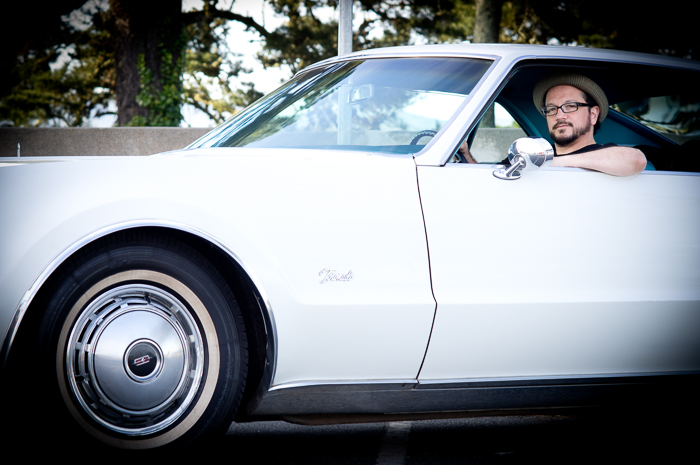 “I periodically bring a CD case with me when I travel,” Mark Farina said. “Just this last week, the TSA agents at the security gate were like, ‘What is this?’ I explained, ‘It’s a CD case. I’m a DJ.’ Then they swabbed it and they were like, ‘It tests positive for chemical residue so we’re going to have to look through it.”

With a chuckle, he remarked, “So, getting held up by TSA is one of those less glamorous sides of a traveling DJ’s world.”

For nearly 30 years, Mark Farina has been taking club-goers around the world on epic musical journeys where they can drop their own workaday baggage at the gate. The creator of “Mushroom Jazz,” Farina took the high energy sounds of acid jazz and gave it a welcoming West Coast vibe, incorporating downtempo and hip-hop elements. This open-minded approach to the DJ craft was groundbreaking in the ’90s electronic scene and was a harbinger of the free-reigns genre-bending EDM artists to come, many of whom cite Farina as an influence. At this point, Farina would have earned a little laurel-resting. But that’s not his style.

“I’ve always been into the spontaneous side of DJing,” Farina said, speaking to The Marquee during a few days of downtime at his home before hitting the road again. “I’ll have new stuff that’s really hot that I’m going to play at some point but I don’t know exactly when that’s going to be. You’ve got to feel out the room. You can never really predict what a nightclub is going to be like or who’s going to be there. It’s good to be flexible and not limit yourself.”

The ability to pace the night is an art of which Farina is a master, having cut his teeth in the days where DJ’s were given sets that were scheduled from 9 at night to 4 in the morning.

“We used to call it the peaks and valleys of the night,” Farina explained. “I don’t like to set the bar really high energetically and just keep it there. I prefer to move the energy up and down. The valleys help people feel like they aren’t missing anything. They can go get some water and then come back and dance more. For me, it’s harder to play sets under two, or even four hours because I like to have some control of where the vibe is going. I’ve always thought it’s important to slow things down sometimes, not just in tempo, but in the energy. You bring it down to a certain level and then bring it back up. That contrast is what marks the night.”

The days of lugging record crates from club to club have given way to hard drives and USB sticks, giving DJs a seemingly endless well of music to draw from. It is both a challenging and exciting environment, as Farina described. “Today, everything moves fast. There are hundreds of releases a day. You get flooded with music and the musical cycle is much quicker. Whereas a song might have stayed in your record crate for a month or a couple months [when I was starting to DJ], now every week things are cycling in and out of a DJ’s repertoire.”

Some artists have assistants that cull through their daily inbox deluge. But, in Farina’s case, “I’ve always just done it myself.”

“I used to bring a little record player with me on all my trips,” he said. “It was this little Japanese portable record player so I could listen to records in the hotel or if I went to a record store that didn’t have a player so you could check stuff out. Whereas now I can listen to all my promos on my phone every day, which is something that obviously couldn’t happen 20 years ago. It’s something I do when I’m traveling and staying in hotels. You can listen better when there’s less distractions. Because, you never know, you might get something good from someone you’ve never heard of. Of course, there are all the labels that you know are going to release something good — but I’m always looking out for that unknown, hidden thing.”

Technology has also changed the interactions of the greater world musical communities. Farina admits to missing the pre-cell phone days where no one was taking pictures or checking in to show their social media friends where they are raging. Plus, there’s a unique camaraderie formed with friends when trying to track down the address of the latest Full Moon party without the help of Google Maps.

“There also was a good record store culture,” Farina recalled. “You’d be with all the DJs during the week shopping at the record stores and that created a little community of DJs. Now most people do their shopping alone on the computer. It’s not the same as going record shopping with your boys. We’d just hang out in those stores for hours in the lower Haight. You’d get influences from other DJs because each record store would have one set of turntables that was for the store and someone would throw something on and you’d be like, ‘What was that?’”

“But now the borders have been cut down,” Farina continued. “You don’t have to be limited by geography. In the ’90s you had to live by a record store. For example, at the Gramophone in Chicago, they’d only get ten copies of a certain record that week, so you’d know only ten people in the city had it. But nowadays you can be in a smaller city in Brazil and get the same music as a DJ in New York, which evens the playing field on a global scale. And with a very low budget you can make a good song and get it out there. I think that’s made things a lot cooler. You sometimes get these tracks from DJs and you’re like, ‘Wow you’re from Croatia? I thought you were from Philly!’ You never know what you’re going to get from places you wouldn’t expect.”