Trending Stories from The Marquee
You are at:Home»Features»Titus Andronicus
By Marquee Magazine on March 1, 2018 Features, Interviews, Sarah Baranauskas 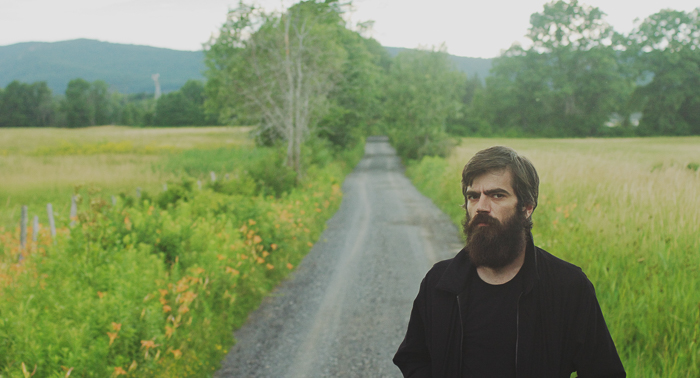 “You have to challenge the logic of your beliefs. That really is the crux of the whole punk ideology,” Patrick Stickles, frontman of Titus Andronicus reflected. “It’s not about wearing a black leather jacket or even about holding a particular point of view. It’s about answering to your own interior authority rather than just accepting something that’s being handed to you as the truth. As you get older, maybe it’s easy to say, ‘Well, I believed a certain thing for a long time, that must be the way that it is.’ But the truly punk thing would be to constantly reassess if that’s what you really believe is right or if you’re just following somebody else’s lead — even if that somebody else is a younger version of your own self.”

In many ways, Titus Andronicus’ latest release, A Productive Cough, is a product of that punk ideology, as much as it’s a sonic departure from the hard-hitting punk sound that many associate with the band. There’s more breathing room than breathless rocking here, with Stickles taking a more balladic approach to the songwriting and arranging. These musical ideas have always existed in Titus Andronicus’ rangey sound, but here they are brought into a finely tuned focus.

“I’m finally at a point in my career where I feel like I should have a license to expand in a couple different directions,” Stickles explained, speaking to The Marquee on the phone from New York City, the place that serves as a reflective setting for A Productive Cough. “This is just expanding on a direction we’ve explored in the past but now we’re just doing it a little more thoroughly. After 13 years in the game, I feel like I have that right and I can’t just keep doing the exact same thing over and over again. That would be boring for me, and boring for the audience as well. Ultimately, I wouldn’t have done any this if I hadn’t wanted to from the deepest part of my artistic heart.

“To me these songs are a different avenue by which you can pursue the big idea, which is to communicate with my listeners, validate them and, by so doing, validate myself,” he continued. “I don’t really think of myself as a person whose primary job it is to rock the party and get everybody jumping up and down. So I thought if I took away that whole element of it, the harder punk rock thing — but the end product would still be recognizable as Titus Andronicus music — then people would know that the thing it has in common with the other music is the essential element.”

That element is Stickles’ striking songwriting, which artfully jumps from high literature (as you’d expect from a band named after a lesser known Shakespearean tragedy; his bloodiest and most violent work) to pop culture references, from devastating personal confessions to funny-as-fuck punch lines — often all in the same song. It’s not just wit for wit’s sake though; there’s a bleeding sincerity that resonates, perhaps a bit painfully with those who’ve seen the view from their own rock bottom. The dialed down instrumentation on A Productive Cough is just a different frame for Stickles’ words and his signature vocal growl, but it’s as uncannily cathartic as ever.

To showcase these new songs, as well as selections from the Titus Andronicus catalog, Stickles is taking to the road on what is being billed as an “acoustic” tour (the quotation marks are purposeful, as Stickles will still be playing an electric guitar.)

“I don’t want to give people the wrong idea. I’m still a rock and roller at heart, we’re just taking away some of the other things,” Stickles described. “I’m hoping with spare instrumentation it will be easier for me to communicate with the audience and really let them hear what I’m saying. I won’t have to be screaming over the din of the loud rock band. I mean, I’ll still be screaming but I’m hoping it will take on a slightly more conversational feel.”

Stickles will be joined by pianist Alexi Molini for the tour. He was connected to Molini through R.J. Gordon, bassist for the rock band lineup of Titus Andronicus. Finding out Molini was also a piano teacher as well as musician, Stickles invited him to his rehearsal space on the pretense of needing piano lessons.

“I had him show me a couple little things and then I was like, ‘Why don’t you just play something and I’ll play the guitar, just for fun,’” Stickles recounted. “At the end of the hour I was like, ‘Look, I was lying. I don’t really want a piano lesson. But I need a pianist to come with me to the studio in a couple weeks because we’re making this new record and I feel like you’re the guy for the job.’” Molini agreed, and would later agree to join Stickles for this tour as well.

“When I had this idea for the acoustic tour in the back of my mind I knew I was going to need a pianist because I didn’t want to be alone up there, that’s quite scary. So I’m immensely grateful he came into my life because he’s an incredibly talented guy. With his left hand he has to be the whole rhythm section, the whole groove crew, and with his right hand he’s pretty much got to be lead guitarist, playing all the melodic stuff. There’s a lot of work for him to do but he’s up for the task. I’m very lucky to have him around.”

A Productive Cough was recorded at Marcata Recording in New Paltz, NY. Titus Andronicus has recorded most of their albums there with producer Kevin S. McMahon, but, this time, filmmaker Ray Concepcion was also along for the ride, capturing the studio sessions, candid conversations and the bucolic Hudson Valley setting. The band is releasing a making-of documentary along with the new album.

Being filmed, “Forced me to be a little more focused and present,” Stickles said. “It made performing in the studio a little bit like performing on stage. The eye of the camera took the place of the eye of the audience. If I was alone at the microphone it could be a lot easier to get distracted or lost in my own head. But when someone is watching you  — Ray [Concepcion], the cameraman and the imagined audience of the film — it makes you want to work a little harder, dig a little deeper and really deliver the goods.”