Trending Stories from The Marquee
You are at:Home»Cover Story»Built To Spill
By Marquee Magazine on April 1, 2018 Cover Story, Features, Interviews, Sarah Baranauskas 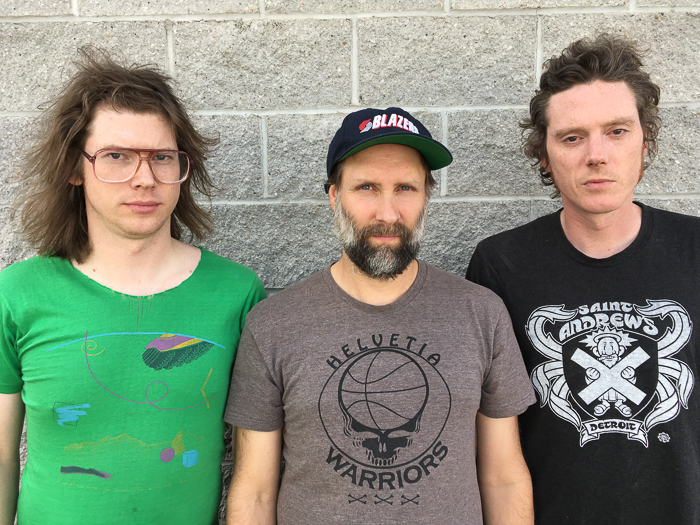 There was a period of time, starting after the release of 1999’s critically-acclaimed Keep it Like a Secret, that saw Doug Martsch come very close to hanging up Built to Spill permanently.

“It hit me around the time I turned 30. We had done stuff for a little while and people had paid a little bit of attention, but we weren’t really making it,” Martsch recalled, speaking on the phone with The Marquee from his home in Boise, Idaho. “I thought we had run our course. When we did Ancient Melodies of the Future (2001), I wouldn’t say I phoned it in, but I wasn’t quite as sure of what I wanted to do. Then there was a tour when I felt really disillusioned with playing rock music — or even listening to rock music. I wasn’t excited about it. I was listening to old blues and I wanted to make a solo acoustic record (2002’s Now You Know).”

“So we took a little break,” he continued, “But when we got back to it, it seemed like people were so excited. I thought things were going to slow down and instead they started picking up. I noticed a lot of young people were coming out to see us and that was pretty heartening. That was the point when I knew people were really into us, not just because it was another new band, but because we were connecting on some other level.”

It’s expected that a 25-year journey would have its ups and downs. But along the way Built to Spill has gathered a loyal fanbase which, while it may not pack arenas, speaks to a richer creative vision that would be the envy of most musical artists. It’s one thing to create your own distinct sound but it’s no easy feat to stay true to that vision while still keeping your music a living, breathing organism. Built To Spill is the rare band that manages to do that. Martsch’s hooky, guitar-driven sound that was always far more spacious than the alternative scene BtS was initially associated with (and has long since outrun), combining dissonance and delicacy, seems more dialed in with every record.

Much of this is due to Martsch’s songwriting, often a lyrical dual effort with wife Karena Youtz. Martsch — who cites David Bowie (“he was sort of abstract and bizarre”) and The Smiths (“They were poetic but also really blunt, not to mention funny and sad”) as lyrical influences — is rather self-effacing in this regard. “Lyrically, I’m very challenged,” he said. “I usually start with the music. I’ll come up with a melody and a meter and then I’ll try to find words to squeeze into that. I jot things down but I don’t have a notebook full of lyrics or anything. Right now, I have maybe a couple pages of lyrics from the last few years.”

When Martsch writes setlists, however, he will sometimes look back at what the band has played the last time they were in town. Sometimes he will take a more “freewheeling” approach. Regardless, “I pretty much make them before every show completely from scratch,” he described. “There’s a pool of about 50 songs to draw on when we go on tour. There are songs I think of as beginning of the set songs and end of the set songs. I try to put something from every record on there. I think about tempos, making sure there are enough fast and slow songs. Then there’s just certain ones that have been sounding good on the tour. It’s intuitive.”

“I have friends too in different towns that they really know our material and I sometimes let them write setlists,” Martsch continued, describing every music fans’ dream for their favorite band. “So, for a few shows, we’ll have other people write the setlist. They’ll do totally weird things that I would never ever do, as far as putting what I consider late set songs early in the set and vice versa.”

Built to Spill returns to Colorado on a double bill with The Afghan Whigs at the Gothic and Martsch said he’s always felt a kinship with the music fans on the Front Range, stretching back to the first BtS tour. “On the very, very first tour in 1994, we’d gone across the whole country for a month and it was a mediocre tour. But then we played Club 156 on the CU Boulder campus and it was our biggest show! We had no idea Colorado cared about us. Ever since then we’ve always had awesome Colorado shows.”

Currently, the band, having left longtime label Warner Brothers, is working on new songs and Martsch hopes to hit the studio “possibly sometime next fall.” He sounded open to what the next year or so may bring for the band, flux being inevitable on this journey. But one thing is clear: whether it’s the support of fans or the inspiration he gets from the players in the ever-evolving musical lineup of Built to Spill (currently, the band is a three-piece, with Jason Albertini on bass and Stephen Gere on drums, the same lineup that was in the studio for 2015’s Untethered Moon), Martsch keeps finding his way back to that source well. As he sang in “All Our Songs,” “I’ve found a place/where I know I’ll always be tethered/And I knew when I woke up/Rock and roll will be here forever.”
“Sometimes, when I think I don’t want to make music, like I just kind of burn out on the sound of my own voice and my guitar and my own musical inclinations start to annoy me, I remember music is just limitless,” he reflected. “You can do anything. That gets in my mind and then I can really go for it. You can also start feeling pressure from wanting everything to be perfect. But that’s not how great music is. It’s the sloppy stuff that makes great music. You have to learn to just let yourself go.”