Trending Stories from The Marquee
You are at:Home»Album Reviews»Last of the Easy Riders ‘Unto The Earth’
By Marquee Magazine on April 1, 2018 Album Reviews 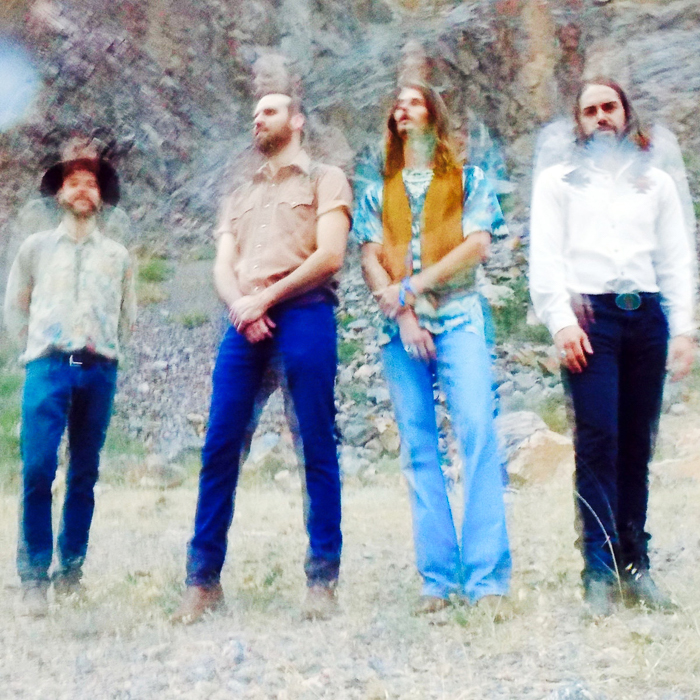 Last of the Easy Riders
Unto The Earth

While the Easy Riders’ first EP in 2016 exhibited the band’s kaleidoscope of trippy guitar sounds and production techniques, their latest, Unto the Earth, unveils the band’s earnest songwriting chops and knack for genuine Bakersfield Sound country. Last of the Easy Riders certainly doesn’t abandon those early lysergic-leanings on this psych-infused country rock offering, as evidenced by the mind-warping title track/lead single.

But, with no shortage of jangly guitars, piano and pedal steel, the LP echoes Clarence White-era Byrds and doesn’t stray far from the band’s Southwestern-rock and roll roots. The early-’70s AM rock sound of nomadic-themed opening track “Free Wheelin’” sets up the sonic road trip Unto the Earth maps out while “Turn the Tide” melds brilliantly modest Tom Petty-esque guitar riffing with the Easy Riders’ signature vocal harmonies.

Being the first full-length for the band, the members, whom all share songwriting credits, unapologetically explain that this album is for fans of The Byrds, Eagles and CSNY. To further boost that classic feel, the band is printing a limited vinyl run of only 500.

“Almost all the lyrics are intended to paint vivid pictures, and give listeners a sense of place,” said the band’s co-founder Christopher Minarik (guitar/backing vocals) in a press release that accompanied the album. “Certain songs and lyrics really lay it on the line and say exactly how the songwriter felt, or what they were going through. It’s the most personal and honest songwriting I’ve ever done.”

Rounding out the lineup heard on the LP is bassist/vocalist Dan Duggan, guitarist Bradley Grear and drummer Mitch Mitchum. In support of the album, the band’s 2018 live shows will feature new bassist Gann Matthews and Hamilton Belk, who played pedal steel on the album.