Trending Stories from The Marquee
You are at:Home»Album Reviews»Porlolo ‘Awards’
By Marquee Magazine on April 1, 2018 Album Reviews 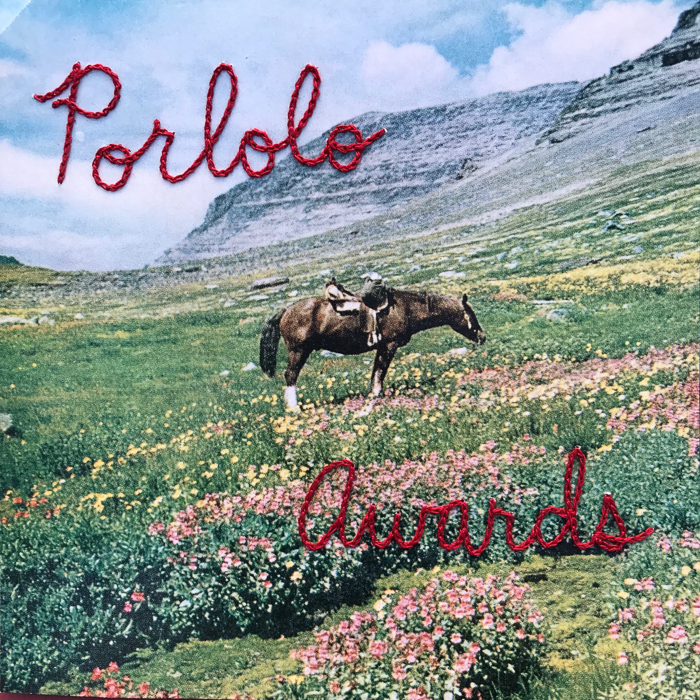 In three short songs, Porlolo perfectly demonstrates the ethos, “Be good and be gone.”

But, in those three songs, totaling just 13 minutes, Erin Roberts and a solid cast of Denver musicians pack a wallop of artsy, indie folk rock into a message that ultimately preaches “care less, while caring better.”

Roberts formed Porlolo in 2002 and describes the group as a “project of good friends finding peace and adventure through musical connection.” Some of those friends this time around include Porlolo co-founder Tom Mohr, Anna Morsett (The Still Tide, Brent Cowles), Jake Miller (Esme Patterson, The Still Tide) James Barone (Beach House) and Pat Meese (Nathaniel Rateliff and the Night Sweats).

Awards showcases Roberts’ thoughtful and playful songwriting, fully supported by the talent of her influential friends and bandmates. The EP combines indie rock and folk, amplifying Roberts’ delicate balance of rustic guitar, punchy percussion, and precision hooky riffs. There’s also catchy AF lines like the start of the chorus on the title track that has Roberts soaring into the line “Send an old smoke signal, send a St. Bernard.”

“Porlolo has been an incredibly powerful force in my own life, providing equal amounts of sanity and absurdity, keeping it weird when life gets tedious, heavy and too adult,” Roberts says in a release that accompanies the EP. In the same press release, the real theme of the record is revealed: “Be cool, find yourself, find your people, be true to what you are, have parties, jump around, care less while caring better.”