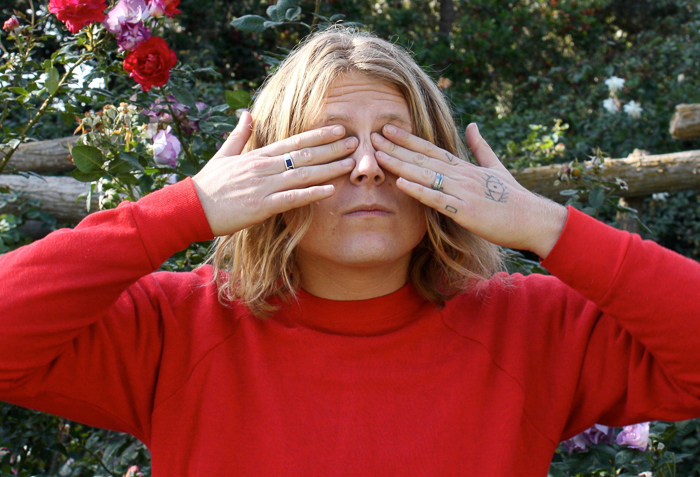 If there was ever an artist whose career embodied the ethos of artistic freedom, it would be Ty Segall. At age 30, he already has a prolific output — ten studio albums, plus several EPs, singles, and collaborative projects — that rivals artists decades his senior. On paper, that may seem intimidating. But don’t mistake productivity for density or pretension here. At its heart, Segall’s music is ultimately rock-and-fucking-roll for the joy of rock-and-fucking roll, and that elemental exhilaration is never lost no matter the sonic landscapes he’s artfully exploring.

His latest Freedom’s Goblin [Drag City] offers his widest-ranging release to date, with his psych and garage rock stomp exploring funk swagger, pop polish, punk acceleration and moments of mellower beauty across the 19 tracks. The recording process, which took place at five studios and crisscrossed the country from Memphis to L.A., further cements that space of limitless possibility.

“The main thing was to make the album as eclectic as possible,” Segall reflected. Sounding relaxed post-vacation, he spoke to The Marquee from his home in L.A. “Almost like a mixtape, I wanted to create as varied an experience as possible.”

Of course, living with no boundaries can be a double-edged sword. The imagery of Freedom’s Goblin implies that fascinating, sometimes murky, duality. Segall is not one to proffer easy morals or messages, and, as a mirror to his own artistic freedom, he gives listeners free reign to explore what freedom (and its discontents) might mean to them.

“I like keeping my ideas abstract and obtuse,” Segall said. “I think it’s more fun when you make a record or you make a piece of art to leave the interpretation up to the listener or viewer.

“Freedom is such a loaded idea,” he continued. “I believe in endless freedom because the alternative is horrible. I’m obsessed with the freedom of one’s mind because your prison can also be your own mind. But then there’s a lot of negative things that can come with that endless freedom too. It’s strange but the reality is you need to look at every little piece of what can happen and judge it the best you can. That is how the world works. So I like the idea of having this ongoing conversation with yourself about freedom.”

Bucking the social media-saturated PR conventions of many current acts, Segall’s relatively minimal online presence lets the musical conversation speak for itself. You won’t find many of his latest releases on Spotify (although he is happy to post albums on YouTube). Truthfully, it seems difficult to imagine Segall, who comes across like a refreshingly laid back and humble surfer dude in conversation, indulging in ego-driven Twitter feuds or Facebook rants. But he laughingly admits, “I think back five years ago and a very drunk me would have gotten online and yelled something weird. Not anything offensive but probably calling out someone or something like that. But when I was young, I had my experiences with MySpace and the beginning of internet forums, like there was a weird forum in my high school. I realized early on that kind of way of communicating wasn’t for me. So I was a college freshman when Facebook came out and I had already pretty much decided I didn’t want to be on it.”

“Now, I’m not hating on anybody who does all that stuff, of course,” Segall said, quick to clarify. “It’s all good. But being a musician that doesn’t have a presence allows me to just leave it to my music. I enjoy being a little discreet with what I say and do. Plus everyone is already so flooded with information. But it is strange because the world we live in now makes me feel guilty that I don’t have a more direct line of communication — but, when I started making music, it was more about keeping my music open-ended. It was more about the music than me.’

This isn’t to say Segall is disconnected. He’s very much interested in engagement with present realities. He just doesn’t want to tell his audience what to do. Instead, he trusts them with the freedom to make their own decisions and even be inspired to create in their own right.

“I do think art and music should reflect what’s going on,” he continued. “But I have a difficult time writing political songs or protest songs. Direct lyrics are not how I write. Subversiveness is my style. I try to work with the currents under the surface. Plus, hopefully, by playing music you can open people up to ideas, inspire them to create things and promote open-mindedness. I think that’s a very important part of art, to promote ideas and a creative frame of mind that sees the world in a wide scope. I’m not going to pretend to be Bob Dylan. But I can try to play righteous shows and tour righteously. I guess I’m trying to lead by example.”