Trending Stories from The Marquee
You are at:Home»Album Reviews»I Am The Owl ‘Mission To Civilize: Part II’
By Marquee Magazine on June 1, 2018 Album Reviews 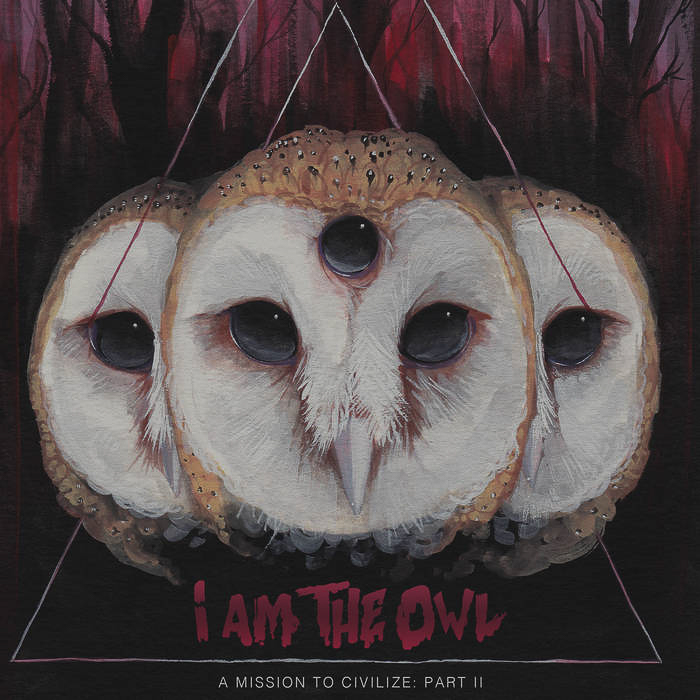 I Am The Owl
Mission To Civilize: Part II

Formed in late 2014 by Josh Rivera, Josh Harrelson and Kyle Krueckeberg after their previous group Nutricula disbanded, I Am The Owl’s latest effort A Mission To Civilize: Part II is anything but civilized.

With a blend of punk rock and metal deftness, the quartet, which also includes drummer Corey Hatch, packs heaping amounts of aggression toward society’s ills on this second installment of songs. I Am The Owl recorded their debut EP in 2016, completely DIY with Rivera engineering and mixing the project. Rivera called the album a “clear showcase of a band who hadn’t quite figured out their style,” with some songs leaning toward straight-up punk rock and others with a heavier edge.

During the two years since that first EP the band morphed those styles into their own more cohesive sound, that still pays homage to their influences. But it’s the lyrical themes, according to Rivera, that really tie the two EPs together. “You have more in common with your neighbors and the people in your community than you do with the people running this country, so let’s find a way to unite,” Rivera said. “Basically, this is our own spin on several related themes: There is no war but class war. Even when (or especially when) you are in the minority, it is better to stand up for what is right than to go along with the majority. And don’t let the media and the politicians control your way of thinking.”