Trending Stories from The Marquee
You are at:Home»Album Reviews»Strangebyrds ‘Star Crossed Lovers’
By Marquee Magazine on June 1, 2018 Album Reviews 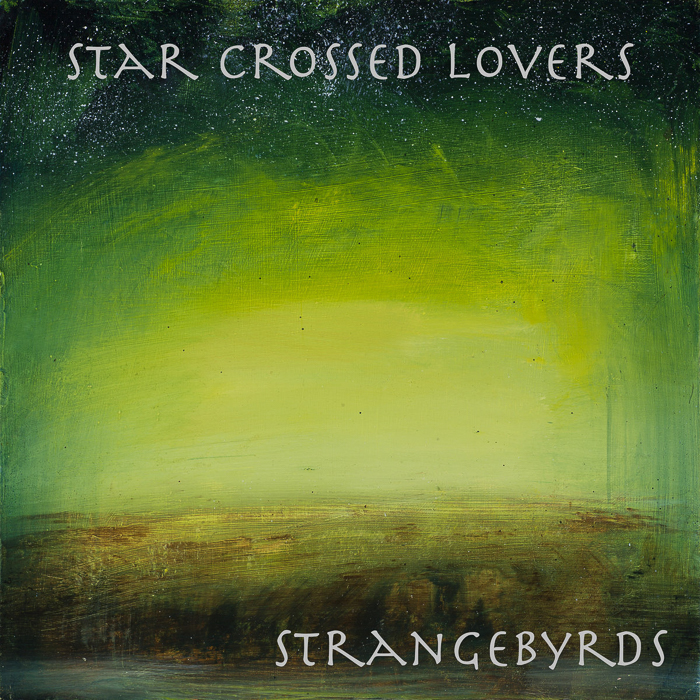 The Strangebyrds refer to their music as blue-collar folk, but more honestly, it’s Peak to Peak folk, a blend of working-class ethics and laid back mountain vibes, that could only come from the hill country above Boulder.

Their latest album Star Crossed Lovers, in fact, starts with the track “Back Road,” with Ray Smith’s vocals calling his baby to take a walk down a back road hand-in-hand and talk about the things in the world that they don’t understand. The song has actually been around for a while. Smith took honorable mention for the song in both the Rocky Mountain Folks Festival new song competition in 2016 and in the 2017 Telluride Bluegrass Festival troubadour song competition — but this version on Star Crossed Lovers is the first time it was officially released.

Smith’s ‘newlywed’ wife (the couple was recently married after many years together), fellow singer-songwriter and the other half of Strangebyrds, Cari Minor, takes the reigns on the second song, the title track “Star Crossed Lovers,” inspired by the 1913 book “O Pioneers!” by Willa Cather. With her soft, beautiful vocals Minor tells the tale of the Bergson family and their life on the plains of Nebraska and the insurmountable struggles that they faced. Later in the album, Minor gets historical once again, with the track “Willy,” a song inspired by the over 1,200 women who dressed as men and fought in the Civil War. And while Star Crossed Lovers is much more a love letter than it is a history lesson, Strangebyrds tell one more true tale on the album with the track “The Ghost of Duffy’s Cut,” a song about the tragic story of 57 men who left Donegal, Ireland for hopes of a better life in America. Fittingly, that track was recorded in County Kerry, Ireland and featured Minor on Bouzouki.

Strangebyrds have a couple guest appearances on the album, with Kort McCumber adding some banjo, cello and penny whistle accents, and Melissa McGinley of 300 Days contributing some violin, but as with albums past by the duo, the arrangements are simple, paired-down as if Minor and Smith have invited listeners into their living room to hear the songs played as they were written.