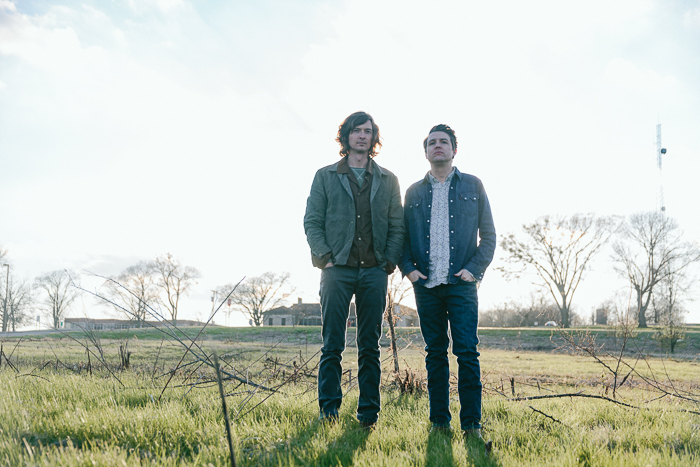 “I’m cancer free!” declared Kenneth Pattengale during a recent interview with The Marquee as he left a studio in Nashville after listening to the playback of an album he is producing. “They got the thyroid out and while they couldn’t do anything about me being an asshole, they did get the cancer.”

As one half of the folk duo, The Milk Carton Kids, Pattengale’s self-deprecating humor dovetailed nicely with the acts’ witty on-stage banter as he attempted to downplay the seriousness of the situation. The reality is that his cancer scare forced him off the road for a while to get “a physical reset” as he put it, and in the process he went through “a bit of an artistic reset” as well.

“It reminded me of some things a 35-year-old should be reminded of — I was 35 when they took it out. As simple as it sounds it’s a reminder that we can’t take for granted the things that we take for granted,” said Pattengale. “I hate to out myself as being privileged in any way because that’s not exactly how it shakes out, but I’ve had a boss for one day in my life. Since I’ve been required to take care of myself — since I was about 18 — I’ve always made money playing music or in a number of other creative things. I work for myself and I do what I want. I’ve been real fortunate to have a life that has been under my own direction and I think that one of the things you take for granted in that experience is how much you are not in control of. I sure as hell was reminded pretty seriously that there are some things in life that you aren’t going to be in control of at all and you have to find your place in that. Experientially, much of what has transpired over the last 18 months has informed what I write about, and maybe what I think about when I can’t sleep at night.”

Pattengale went on to speculate that his partner in The Milk Carton Kids, Joey Ryan, has had a similar reminder in his life over the past several years. “If I could venture a guess, I would bet the farm that Joey would say the same about his experience going from a young man with a wife to being a little older man with two kids where his main responsibility is to keep them from dying,” he said seriously. “I think that is every bit as significant in his head as far as the way daily life flies past him.”

There’s almost no getting around the fact that the kinds of life changes that Pattengale and Ryan had faced were going to affect their creative output and, when they got together to record the follow-up to 2015’s Monterey, it came bubbling up. “I think we saw very clearly that there were a few different people coming at this one than the last time we made the effort in 2014,” said Pattengale. “Those three years explain a pretty seismic shift in terms of who was coming to the table. A little bit older and while I’m not sure how much wiser, I think we were both wanting something else out of it. If that explains the change in sound, that could be one hypothesis, but more than that I think it changed a little bit what the artistic mandate was.”

While The Milk Carton Kids’ new album, All The Things That I Did And All The Things That I Didn’t Do, does represent a shift in sound for the duo, that shift wasn’t immediately apparent to them from the get-go. “We had some housekeeping issues behind the scenes and we realized that we had been really spinning our wheels and wasting some time. We were trying to get a thing done and we realized when we couldn’t get that thing done that we had been so concentrated on doing it that we forgot to keep our house in order,” Pattengale recalled. “Joey and I were both pretty exhausted and exasperated with being in the music business, if you can call it that, so we sorta threw caution to the wind and enlisted our friend Joe Henry to produce the record and oversee it. Then the three of us cobbled together this band of people that we really knew, trusted, and felt safe with. We knew that if we had to go into the trenches, we could do it with them.”

This trusted group of confidants included Brittany Haas on violin and mandolin, Paul Kowert and Dennis Crouch on bass, Jay Bellerose on drums, Levon Henry on clarinet and saxophone, Nat Smith on cello, Pat Sansone on piano and Hammond organ, and Russ Pahl on pedal steel and other guitars. “We had about 12 days at the House of Blues here in Nashville. But it was 12 days of finding out what the next three years of me and Joey’s life is and that’s a real scary thing,” admitted Pattengale. “There were sometimes up to nine people cutting live on the floor of the studio, which is a lot of sound, but the goal was to not have it rise above what Joey and I do as a duo – our voice. So, to get nine people to play that succinctly and cohesively without a real game plan and without charts being written or parts being orchestrated, you have to have people who really trust you so you can push them around a little bit.”

This is where legendary producer Joe Henry came in. Having worked with artists as diverse and influential as Solomon Burke, Allen Toussaint, Mose Allison, Bonnie Raitt, and Joan Baez, Henry has honed his craft in the studio and Pattengale put it beautifully when he said “Joe’s real trade when he makes records is creating a safe place to be artistically expressive. He is really generous with everyone in the room when it goes down.”

Under Henry’s watchful eye, The Milk Carton Kids and their new band put together a masterful collection of 12 songs that range from “Nothing is Real,” an uncharacteristically guitarless rumination on the digital age, to the old-timey Bob Dylan influenced single “Big Time,” to the album’s riveting centerpiece, the exploratory 10 minute “One More for the Road.”

As Pattengale astutely pointed out, “One More for the Road” owes more to the jazz tradition of John Coltrane than to the folk tradition of Pete Seeger in that the album version showcases the band’s first take on an improvised seven-minute exploration that bridges the third and fourth verses of the song. “I walked in the room with the guitar and I showed them the four chords in the verse and I said ‘We are going to do that three times and then we are all going to play for about seven minutes and nobody ever play an A or an A flat – because that would have defined if we are in a major or minor key where it was really important to me that that wasn’t defined — and then after that you’ll hear it but we’ll cue you back into the verse and then we’ll go.’ Right after I said that we went in the room and what came out is what you heard on the album. Those people had never heard the song or practiced and what you hear is six people in a room together listening to one-another and feeling each other’s musical spirit.”

All The Things That I Did And All The Things That I Didn’t Do is an album that chronicles, and exemplifies, the personal evolution of two men who decided, eight years ago, to enter into an artistic partnership. Though critical acclaim is already coming in from the likes of Rolling Stone and NPR, what matters most is that The Milk Carton Kids themselves feel creatively satisfied and Pattengale stated emphatically that they do. “In Joey and my mind — never mind what we set out to do — this album exceeds the expectations of what we even thought we were capable of and what we wanted to accomplish. There is something that sounds both very true and very singular to us.”