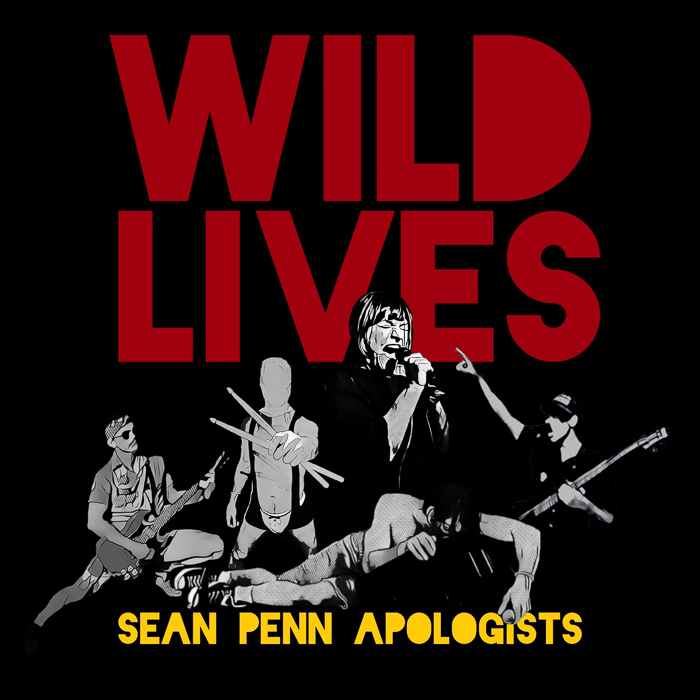 It’s been nearly eight years since Denver’s Wild Lives took the stage at The Lost Lake Lounge for the first, and they thought last, time. While the band dissolved for a few years while guitarist Taylor Pendergrass pursued his career as an attorney with the ACLU in New York City, they came back together with a vengeance in early 2015.

Though they have been playing steadily larger — and more rowdy — shows at venues all over Denver, until now the only way to experience the explosive energy of the five-piece punk outfit was in the live setting. That changed recently when Wild Lives went into the studio with Felipe Patino at Green Door Recordings to commit a few songs to tape. While the resulting effort, Sean Penn Apologists, clocks in at only 11 minutes, with it Wild Lives has assembled a thunderous EP comprised of five original tunes that give an insight into the band’s time together.

The lead track, “Sean Penn Apologists” immediately dives into the heart of Wild Lives’ sound with pounding drums, throbbing bass, and chugging guitar riffs. With frontman Hans Meyer’s vocals pushing the pace of the song, there is a palpable feel of the sweat and mayhem of a mosh pit closing in.

With more than a nod to the be good and be gone brevity of punk, the second track on the album clocks in at just 24 seconds but it showcases the lead vocal debut of Lindsey Housel, as she steps out from behind the keyboards. “Call The Wolf” and “Contra Ataque” allow the rhythm section of Jason Tollen and Blake Pendergrass to pummel anyone in their path into submission but it’s the EP’s closing track “Long Way Home” that reveals that this is a band of more than just power chords and rapid-fire, angst-filled lyrics. Sure, there’s a blood-curdling scream at the 3:31 mark, but there’s also an edgy melody that slows the pace a bit and allows the listener to slide out of the EP without a lasting case of whiplash.