Trending Stories from The Marquee
You are at:Home»Album Reviews»In The Whale ‘Dopamine’
By Marquee Magazine on July 1, 2018 Album Reviews 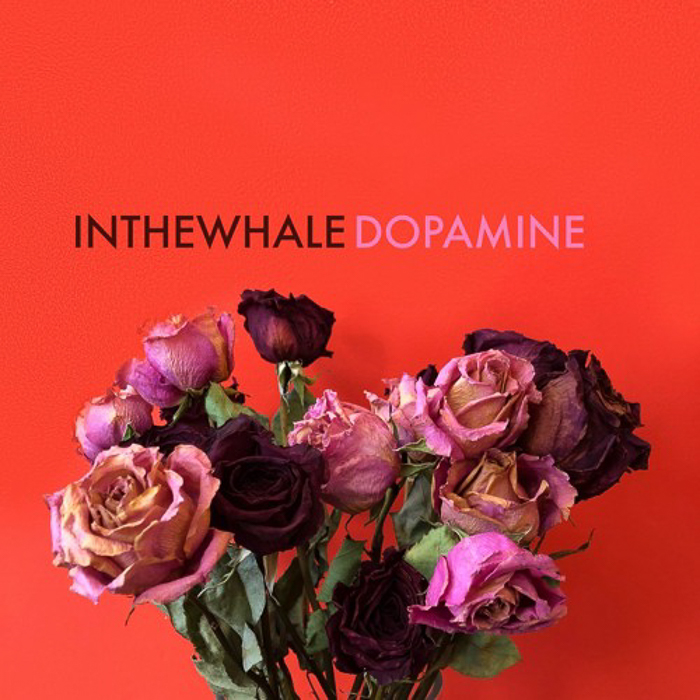 In The Whale
Dopamine

Much like a NASA countdown to blast off, In The Whale’s latest offering starts with (just over) 10 seconds of anxiety-inducing uneasiness. With guitarist Nate Valdez playing high-pitched dissonant notes, Dopamine — the neurotransmitter that controls the brain’s reward and pleasure centers, handling both good and bad feelings — opens with a sonic transformation from potential to kinetic energy. Right at the 11-second mark, when drummer Eric Riley’s cymbal ride ignites into ferocious pounding of floor toms, Valdez drops the dissonance, kicks his tube screamer all the way up and maximizes the crunch out of his Fender amp as the record blasts off to the stratosphere.

“Deep End,” that explosive opening track is a heavy, hard and punching ripper, not unlike a lot of In The Whale’s material. Their infectious overdrive and “go for the throat” live performances often mask the real depth of some of their songs, and “Deep End” is fucking deep. Valdez told The Marquee that the song is actually about bullying and fighting back against all odds. “When I was younger I used to be on the swim team and got bullied by an older kid. It’s a story of just trying to keep going even though it’s extremely difficult,” he said. On the track, he sings “I close my eyes, swing at the noise, slow motion, slow motion,” before repeating the angst-filled refrain of “Keep your head up.” “It is about when I would get held underwater and had to try and fight blind — everything is so slow when you are losing air and underwater.” The song carries with it a palpable feeling of frustration, and Valdez said that it’s also a message that can be carried over into multiple parts of life, to keep going against the odds, even when it’s terrifying and breaths are fleeting. And therein lies the true dichotomy of In The Whale — a brilliant blending of cathartic, hard rock with glass-raising hooks, that goes far beyond the initial mosh pit party vibe. In The Whale can throw a party, but they can also make its attendees think in the process.

This latest offering, which doesn’t officially drop until August despite a few local release shows this month, was recorded at Dave Grohl’s Studio 606 and produced, engineered and mixed by Steve Evetts (Dillinger Escape Plan, The Cure, Every Time I Die).

The group released their lead single “Highways” — which they put forth on the album in both an acoustic and a plugged-in version — on June 29 and like “Deep End,” the track does more than provide a soundtrack for foot stomping. “‘Highways’ is a song to our loved ones about how us and so many other artists sacrifice most of our creature comforts, not to mention relationships and financial stability for the road. Performing live is essentially our cross to bear and coming home from tour and spending time with our friends, family, and significant others is satisfying. It’s about that juxtaposition.”

With more than eight years, a slew of EPs, and a full-length under their belt — not to mention an insanely impressive tour schedule — In The Whale is continuing to delicately tweak their bombastic sound, mostly to accompany their ever-maturing songwriting. But while the duo continue to throw subtle changes into each new release, they’re not making any drastic changes to their underlying foundation. Afro-Punk surmised the band wonderfully when they wrote: “It takes a special sort of alchemy to kill it as a two-piece, but In The Whale has it down.”