Trending Stories from The Marquee
You are at:Home»Album Reviews»Paul DeHaven ‘King of Gold’
By Marquee Magazine on July 1, 2018 Album Reviews 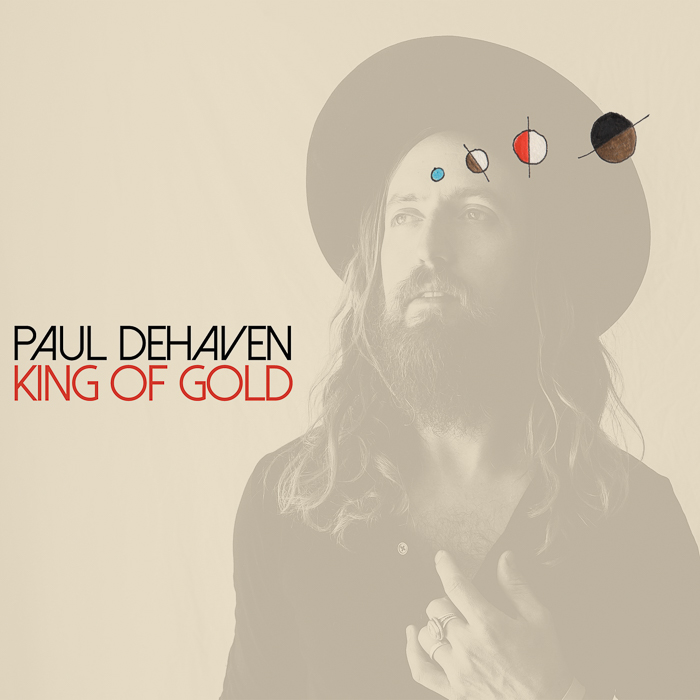 In 2017, after more than a decade together, the Denver group Paperbird called it quits. Founding guitar player and songwriter Paul DeHaven explained: “Even through 11 years, great successes, numerous national tours, recording opportunities and continual reinvention, the band would still come home broke and having to piece together odd jobs to support what was beginning to feel like a glorified hobby turned rat race.”

But just because the “rat race” might be over, doesn’t mean the creative river has stopped flowing. During the spring of 2017, DeHaven wrote, performed, produced and engineered King Of Gold a record that puts into words, and music, DeHaven’s disillusionment with the system, the mourning of loss of an era, the attempt to alchemize that into something beautiful, and the acceptance that, in the end, all is vanity and striving after wind.

“The secret to being a man / is pretending that you have/  something other than a fistful of sand / There is no gold out there,” DeHaven sings on the opening track “No Gold.”

In a statement issued with the release, DeHaven explained further “The solution is either nihilism and apathy, or acceptance, perseverance, and hope. The choice is left to the listener, and we are, in these bizarre and terribly disillusioning times, as a culture, as a civilization, left with the same choice.”

“All of value lies within,” DeHaven proclaims with King of Gold, and that story is told through rickety drum machines, commanding electric guitar riffs, wonky synths, and a refreshing earnestness that, like his previous solo EP, has barely a shred of resemblance to DeHaven’s Paperbird material, but also seems to recognize that without the musical journey of that group, this solo album wouldn’t exist.