Trending Stories from The Marquee
You are at:Home»Album Reviews»Paul Kimbiris ‘May Day’
By Marquee Magazine on July 1, 2018 Album Reviews 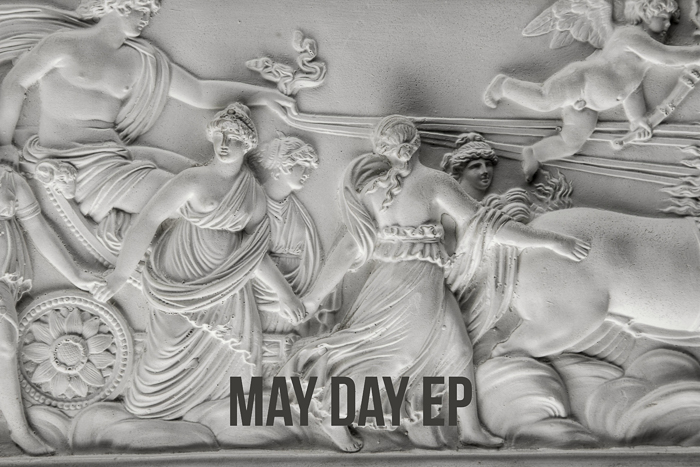 They say that misery is the portal to great art and, these days, considering the socio-political climate of the country, artists seem to be falling over themselves to remind everyone how rough it is. But Boulder’s Paul Kimbiris has a different take on his latest release, which is capped off with the summer anthem “S.O.S. (Song of summer)” that proclaims “these are feel-good times.” It’s doubtful that Kimbiris wrote the track after watching the news, but his optimistic approach to summer is a refreshing glimpse of positivity. “Can you hear the humming/the laughter and the buzz/these are songs of summer/summer sad, summer sweet, summer high, summer feels, summer gone,” he sings over the top of a jangly, care-free, radio-friendly rhythm, which he says is a nod to his earlier influences of The Smiths and The Violent Femmes.

The diverse, four-track EP isn’t unlike the tempo and delivery of Kimbiris’ 2014 release Dark Side of Pearl, but May Day has heaps more electric dirt on his formerly more acoustic sound. And on the opening track, “4 Wheels and Fossil Fuel,” in fact, Kimbiris stated outright that his intention was to blend “my ’90s rock influences with my folk experience,” before adding “I feel some Jane’s Addiction and Pixies in there.”

Kimbiris also revisits the ‘90s on the track “Matador,” but this time, diving deep back into his early career. “The intro and outro melody [of ‘Matador’]has been in my head for over 20 years,” he said. He also explained that the song is inspired by a bullfight he saw in Spain, where the bull prevailed, as well as the passed-around letter by Hunter S. Thompson about finding your purpose in life. “I could have sworn I’ve seen you before in a lucid dream on benzodiazepine,” he sings — one of only two known songwriters to have used that drug’s name in song — before directly quoting the great doctor’s letter with the line; “to swim for a goal or float with the tide, just let it be, you’re hot on the trail of a meaningful life … oh the wholesome strife.”

Kimbiris started tracking in the summer of 2017 at Phil Parker’s “The Old Mission” in Longmont. He tracked 11 songs then but decided to cater to shorter attention spans and release them as EPs, instead. Then, pondering the original recording, he decided to re-track all of it last fall to be a better blend of his influences, which takes his vast tapestry of inspirations and wonderfully pairs them together into a comprehensive, but also cohesive package.