Trending Stories from The Marquee
You are at:Home»Album Reviews»IMJLS ‘Rare.’
By Marquee Magazine on August 1, 2018 Album Reviews 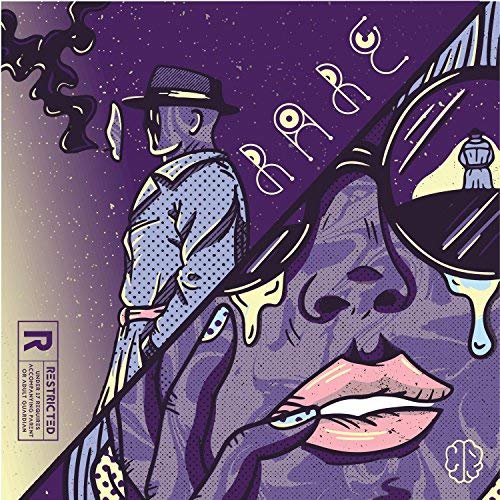 Back in 2015, Isaiah Smith, the indie hip-hop artist behind IMJLS, founded the Creative Collective.  While then only 18 years old, he founded the social media-based, grassroots art movement not only to bring together the creative community in Colorado, but to also further develop Smith’s musical palette.

Fast forward to 2018 and IMJLS — pronounced “I’m Jealous” — is just as bold in furthering his artistic vision.

Rare., a late June release, is a bit staggering from the outset. Running 26 songs in length, it’s ambitious for an indie release, if not overzealous; yet IMJLS holds his own by mixing it up with interludes, spoken word tracks and playfully crafted R&B and hip-hop beats that are as slick as the Lichtenstein-styled album artwork.

IMJLS begins this “conceptual journey,” as Smith himself describes it, with “Tare Pt. I”, a spoken word, quick-witted poem introducing the project’s theme of self-love and doubt, exuding the emotional restlessness of adolescence.

“A dream you scare yourself awake from, with hardly anything to remember it by, but the fact you hardly rested. As if to send a message, that the quest will leave me restless; ‘Where am I to go,’ screaming at the clouds,” he preaches.

The album itself shuffles between trippy, dark-mused stoner rap to Divine Feminine-esque R&B-driven hip-hop, an ode to one of IMJLS’ cited influences in Mac Miller.

IMJLS flourishes the most on tracks where he can let his unique, vibrato-driven growl dictate the emotion of the song. On tracks like “Bare.” his pained, raspy-crooning tied in with piano-led production makes his heartache palpable.

With tracks like “Glare.”, however, IMJLS bites down for a more-gritty sampling, where the Kid Cudi-like production of local artist KONUR accents his playful hubris.

Of course an album offering this large can ultimately water down the vision — just ask the critics of last month’s Scorpion, Drake’s equal length release — but overall Rare. serves as a showcase of ardent potential from this promising young Boulder creative.