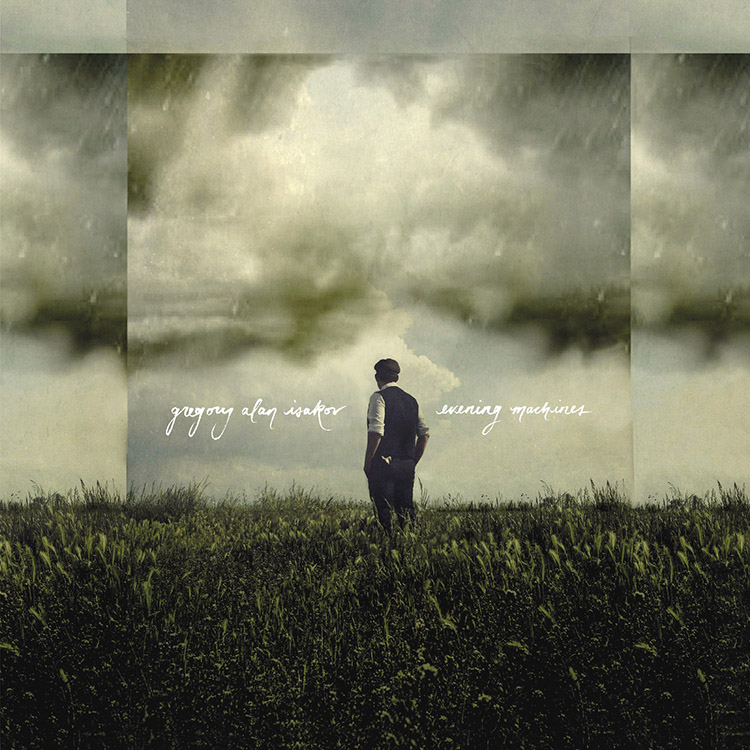 Every one of Gregory Alan Isakov’s albums has started with a guitar. Well, strictly speaking, there’s a bit — like two seconds worth — of percussion that begins his 2013 release The Weatherman; and, I guess his 2016 release With the Colorado Symphony technically has a brief moment of orchestral swell before his guitar breaks in. But for all intents and purposes Isakov starts his works with his primary instrument — his 1967 Gibson J-50.

So, the fact that his latest release Evening Machines begins with a Rhoades keyboard is a startling contrast to what has come to be expected from the Boulder-based songwriter.

But the musician-farmer Isakov is used to flowing with the change of seasons. “I switch gears a lot,” he said. “I wake up really early in the growing season, and then in the winters, I’m up all night. I’m constantly moving back and forth.”

On his farm, Isakov has a studio where he likes to leave all of the gear turned on, so that if inspiration strikes, he doesn’t need to take the time to boot up. “A lot of the music that was written for this record happened at a really difficult time of my life. When I finished a six-month stretch in Europe I had a lot of time to be alone, and feel things that maybe I hadn’t in a long time, being on the road and with the lifestyle of touring. I experienced this new sensation of anxiety — this level of physical anxiety that I’ve been investigating ever since.” To cope, he turned to writing songs — “some of which were ways for me to ground myself during that time where it was really bad,” he explained. “Sometimes I couldn’t sleep, so I’d walk into the studio and work really hard into the night. A lot of times I would find myself in the light of all these VU meters and the tape machine glow, so that’s where the title came from. I recorded mostly at night, when I wasn’t working in the gardens. It doesn’t matter if it’s summer or winter, morning or afternoon, this music always feels like evening to me.”

Isakov sketched out 35 to 40 songs himself during marathon studio sessions that could stretch up to 14 hours for many months. He recorded all the instruments and slowly intertwined the band: Steve Varney, Jeb Bows, John Paul Grigsby, Philip Parker, and Max Barcelow. A bevy of other contributors — including his brother Ilan Isakov, and his long-time musical friend Jamie Mefford, who, according to the credits contributed “god noises” on this album — supplied additional sonic flourishes as well.

Like many of the songwriting legends that he holds dear, Isakov’s lyrics are vivid and deliberate. “Chemicals,” observes, “You saw her bathing in the creek/Now you’re jealous of the water.” “Did I hear something break?/Was that your heart or my heart?” he asks on “Caves,” while “San Luis” repeats, “I’m a ghost of you, you’re a ghost of me.”