Trending Stories from The Marquee
You are at:Home»Album Reviews»A Light Among Many ‘Returning To A Scorched Earth’
By Marquee Magazine on November 30, 2018 Album Reviews 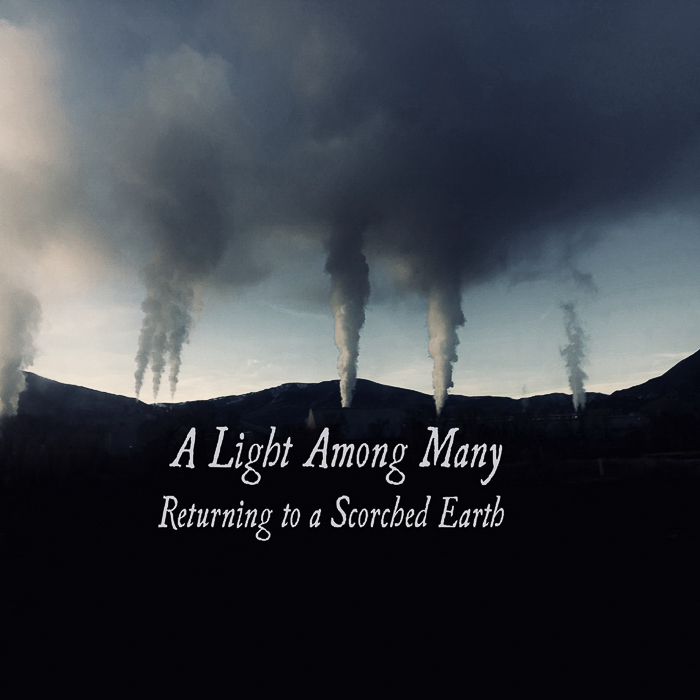 A Light Among Many
Returning To A Scorched Earth

The juxtaposition between the ethereal, spacious, rolling drone of a good 95 percent of A Light Among Many’s latest release Returning To A Scorched Earth, and the blood-curdling screams of the other 5 percent create an astonishingly tormented and dark, but rivetingly deep soundscape.

The one-man band, experimental ambient drone of A Light Among Many is the brainchild of Franklin Binder, who first started the project in 2015 and has put out three previous LPs, along with a 2015 demo and a collaborative EP that he put forth in 2016. But Returning to a Scorched Earth is the final LP in the trilogy and was recorded “under ritual circumstances” at Dungeonswill Studios. “I had been living in the mountains of Colorado on a farm without much city contact or cell reception, while at the same time working in a mental health clinic 30 minutes away.

“The intent of A Light Among Many was to portray both the frequent isolation of the mountains and the daily challenges of those struggling with their mental health, both in the lyrical content and the musical dynamics,” Binder said. “Returning to a Scorched Earth is the final installment of this series; it discusses the notion that people are each other’s best resource; even those who are most lost can be led back to a meaningful place with patient company and determination. At the same time, we are only meaningful to each other, here on Earth, in this reality that we agree upon together. Outside of the scale that we operate on, we don’t exist.”

As he puts it in his isolationist, existentialist best on his Bandcamp page “You’re not just a number, but neither is anybody else.”