Trending Stories from The Marquee
You are at:Home»Album Reviews»Analog Son ‘Funky Mother’
By Marquee Magazine on November 1, 2018 Album Reviews 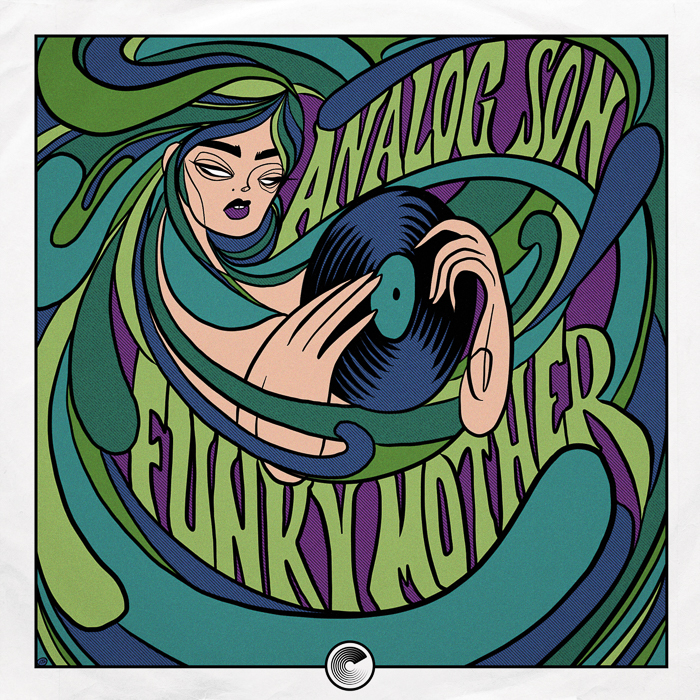 Like Khruangbin on speed or Average White Band after an indica-heavy cone, Denver’s Analog Son stack up a dozen groove-laden booty shakers on their latest release Funky Mother. The album’s vibe hits a pocket that drives the momentum of a party, but it’s a soundtrack that doesn’t overpower the soirée, just accents it.

The band’s fourth full-length album was composed by co-founders and longtime musical collaborators, Jordan Linit and Josh Fairman. But Funky Mother differs in a couple of key manners from their previous work. For one, Linit and Fairman have cultivated a steadfast crew of top-call musicians to round out their roster as opposed to the “Steely Dan” format the group has used with a rotating studio cast on the prior three albums. In addition to Linit on guitar and Fairman on bass, Funky Mother’s cast includes Devon Parker & Ashley Niven (vocals), Eric Luba (keyboards), George Horn (drums), Will Trask (percussion), Mike Chiesa (tenor saxophone), and Gabe Mervine (trumpet).

“Utilizing our core group of musicians in the studio, we’ve been able to incorporate live intricacies into the composition and showcase everyone’s character who’s in the core band. Their musical personalities are starting to come through in the studio and reflect what people have come to expect in the live show,” says Linit. “This record has a more refined sound. We’ve been playing together for long enough now where we’ve developed more of a unique sound — as opposed to just being funky, it actually sounds like our band,” Fairman highlights on the cemented cast of musical cohorts. Despite the solid lineup, this album, like the others, still isn’t a slouch with guest appearances as it features Shane Endsley of Kneebody, Jeff Franca of Thievery Corporation, Parris Fleming of The Motet, and Nick Gerlach of Michal Menert & the Pretty Fantastics.

In addition, Funky Mother is the group’s first release on Color Red, a brand new hub of curated content founded by Eddie Roberts of The New Mastersounds. Roberts also produced the record that was recorded and engineered at Scanhope Sound, the studio that Fairman co-owns in Littleton, CO.

With Roberts at the helm in the studio and producing the album, the band has evolved beyond just being solid composers and as the name Analog Son implies, have truly become the new generation of heavy-hitting, authentic groove music that was cultivated in the 70s. “We utilized some really 70s recording techniques like putting t-shirts on the drums and recording with just a couple mics. We ran a harmonica mic on the drums through a 1960s Princeton reverb and just really focused on the production techniques to make it sound like some real ’70s funk,” Fairman said.