Trending Stories from The Marquee
You are at:Home»Album Reviews»Barry Osborne ‘Back of the Title Page’
By Marquee Magazine on November 1, 2018 Album Reviews 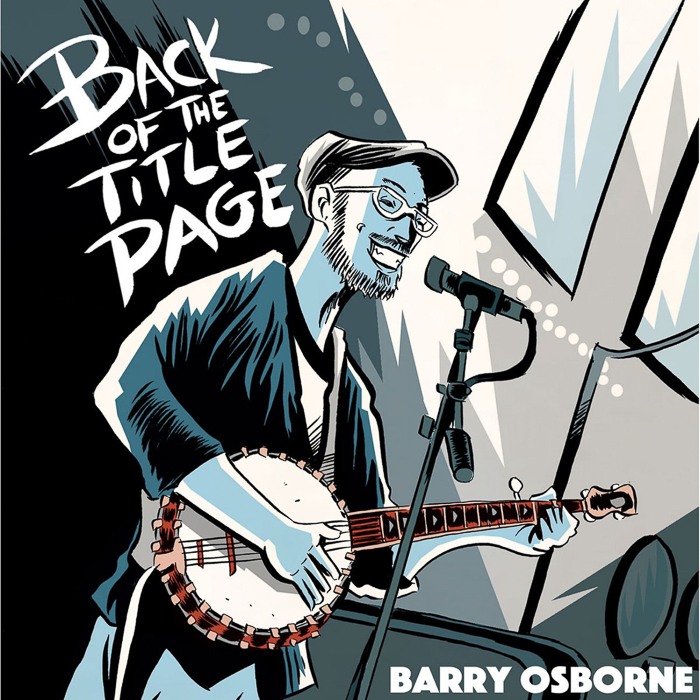 Barry Osborne
Back of the Title Page

Osborne hangs in that claw hammer and two-finger style pocket throughout the EP, and is joined by producer/engineer Brian Nelson on backing vocals, keyboards, melodica, bass and percussion, as well as Lindsay Taylor, who provides fiddle, backing vocals and clapping.

“When I started working on the EP with Brian Nelson, I told him I wanted to put the banjo in some different musical contexts. I wanted to go beyond the trappings of old-time folk music — though I love those sounds — to add unexpected percussion and melodies. To that end, Brian added melodica, and keyboards, and percussion that might not always be associated with banjo music. At the same time, we wanted sounds that fit together naturally and I think we accomplished that,” Osborne said.

Back of the Title Page covers a lot of ground in its five songs, he continued. “For the most part, these were written over a short period of time in 2017. I was working through the aftermath of the death of my dad (‘Off the Interstate,’ and ‘Oh Holy Man, Oh Lowly Man’), while being an attentive parent (‘Miss Mayfair’), to drawing inspiration from old friends as we age (‘Hitchhiker’s Birthday Party’), to wanting to leave behind a good legacy (‘Late Summer Flowers’).”

Osborne’s heartfelt intentions explode through on every note and every word. This is not a record of someone trying to be a grand virtuoso, rather a man carrying on the great tradition of storytelling, having fun, seeking solace and vulnerable self-expression in his happy place of music.