Trending Stories from The Marquee
You are at:Home»Album Reviews»Green Druid ‘Ashen Blood’
By Marquee Magazine on November 30, 2018 Album Reviews 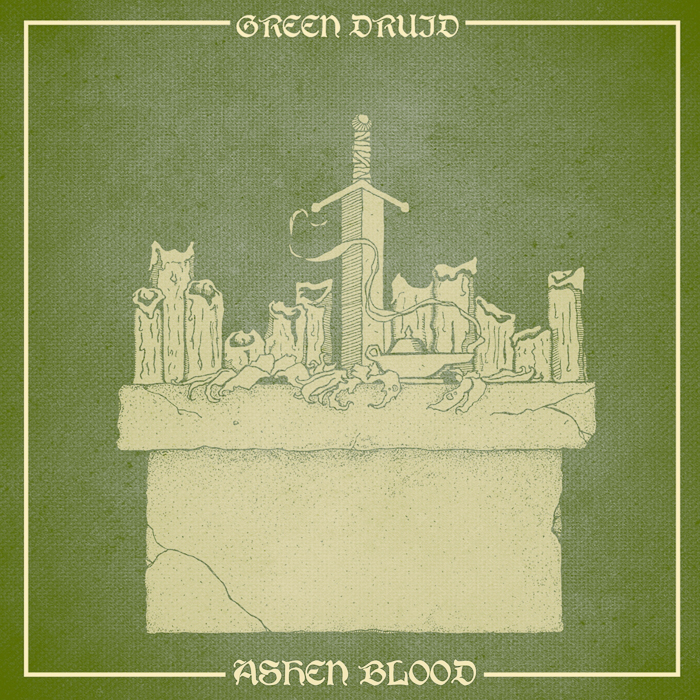 Calling Green Druid’s originally self-released LP Ashen Blood brutal and bludgeoning is an insane understatement. With epically long tracks, including one that clocks in at more than eighteen-and-a-half minutes, Denver’s psychedelic stoner doom quartet puts forth a blistering battle march of slow and low stomps.

Their new label Earache Records calls it, “Brooding, atmospheric and isolationist, with weighty riffs summoning the Lovecraftian horrors of the cosmos.” Meanwhile, the famed metal blog The Obelisk says, “Whatever it might seem to accomplish superficially, Ashen Blood proves deceptive in its ambition in displaying the band’s sheer will to overwhelm their listeners with viscous tonality, obscure shouts, and jarring thud and crash. It should be considered nothing less than a joy to the already converted, and as they present their mystical lyrical themes with a bent more toward fantasy literature than cultish posturing, there’s a classic sensibility drawn from the metal of old that only makes Green Druid seem all the more human in their approach. They’re fans too. Clearly.”

Green Druid worships at the feet of the monolithic amplifier and performs holy communion with an onslaught of murky tones as sacrament. “While our first EP and foray into the world of doom could be viewed as us learning the ins-and-outs of the genre, Ashen Blood is where we really started to hone in on our own voice,” wrote the band. “Taking influence from the dark fantasy landscapes of games like Dark Souls and Bloodborne, we strove to create a truly doomed psychedelic experience.”