Trending Stories from The Marquee
You are at:Home»Album Reviews»TNERTLE ‘Burning Down The Sun’
By Marquee Magazine on November 1, 2018 Album Reviews 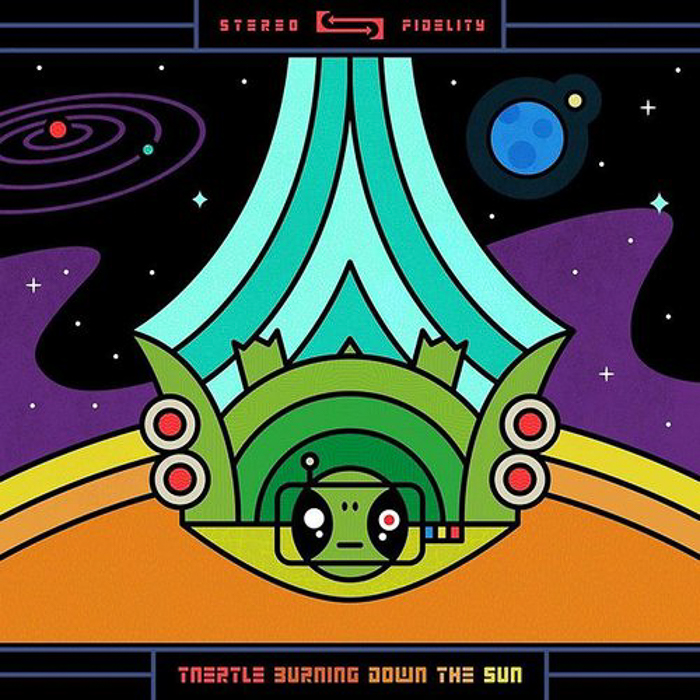 TNERTLE
Burning Down The Sun

TNERTLE sounds like a walk around Lodo on a Saturday night in the summer — minus the sport bikes, fist fights, and bad cologne. The electro-funk ensemble take on genre mash-ups with ease, as they stroll past El Chapultepec to grab some jazz, swing around the corner on Blake St. to pick up some club beats and hip-hop from Beta Nightclub, walk back up to Larimer for some funk and blues at Herb’s and cap the evening off with a little eclectic flight of influences at Ophelia’s Electric Soapbox on 20th Street. And they blend all of these very-Colorado influences into an EDM undercurrent which obviously ripples throughout the whole state.

And if all the chest-pounding Centennial State pride isn’t enough, they also put together a heady conceptual journey that follows the music’s twists.

“While working on titling the album, I explored a concept where there is a planet of turtles and their sun is getting too big and going to explode soon and destroy their solar system. Because of that, they come up with a plan to burn down the sun before it explodes and the turtles relocate to a new solar system,” producer and bandleader, Trent Campbell explained — neither confirming nor denying if Colorado’s recreational cannabis laws played a role in the development of the story. But for all its craziness, the message behind the cautionary tale maybe isn’t too far off considering the insane political climate. And even if it is all doom and gloom, at least the soundtrack for it is banging and preaches the message to keep the peace, even during the most tumultuous times.