Trending Stories from The Marquee
You are at:Home»Album Reviews»Daniel Rodriguez ‘Your Heart The Stars The Milky Way’
By Marquee Magazine on February 1, 2019 Album Reviews 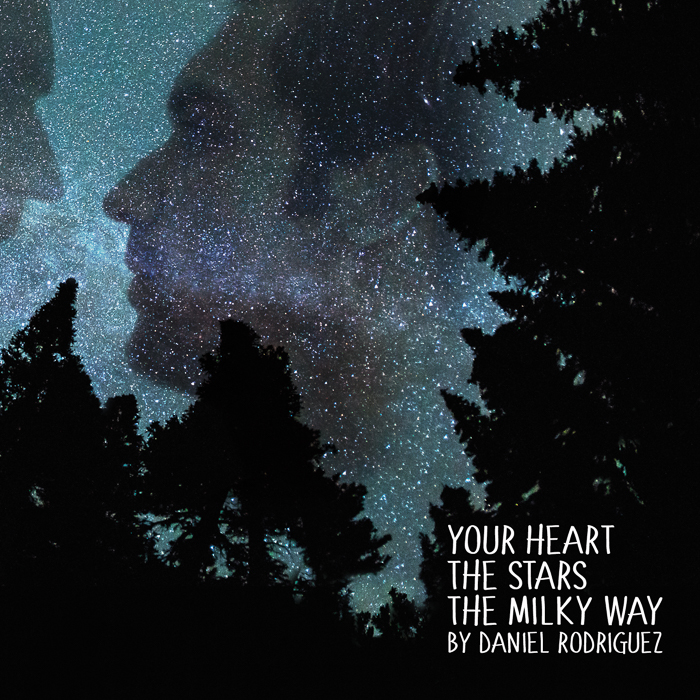 Daniel Rodriguez
Your Heart The Stars The Milky Way

For all the people shocked by Elephant Revival’s hiatus announcement in late 2017, it’s relatively safe to assume that no one was more stunned than the band’s guitarist/vocalist Daniel Rodriguez.

Astonished by the circumstances that lead to the literal upheaval of his personal and professional life, Rodriguez did the only thing he really knew how to do after more than a decade on the road with Elephant. He went on tour.

“I didn’t want to remain idle in nostalgic introspection,” Rodriguez said. “I had written a whole bunch of songs that winter and spring and my friends in Fruition were encouraging me to get back out there doing the good work.”

While supporting his friends in Fruition — along with Mandolin Orange and Josh Ritter, among others — Rodriguez honed those songs and shaped them as he reconciled with the emotions of his new chapter.

With Elephant Revival, Rodriguez has released six albums, but now, with five already road-tested tracks the earnest singer/songwriter emerges with his solo debut Your Heart The Stars The Milky Way.

With help from his friend Lewi Longmire’s parallel, descending opening notes of “Steal The Night Away,” Rodriguez introduces a whole new melodic vocabulary for himself as a singer/songwriter, while maintaining the tone and musical dialect that he’s had with Elephant over the years. Not shockingly, he has no trouble being personal from start to finish.

That opening track, he explained, is “in the perspective of being single after being in a relationship for over a decade.”

The next song, “Dolores” expresses a deep yearning to refresh yourself in the truth, and “Growing Pains,” he said, is a “prescription he wrote to himself.”

Throughout the cathartic recording, Rodriguez is joined by Elephant Revival alumni and multi-instrumentalist Darren Garvey, as well as members of Fruition, Banshee Tree and Leftover Salmon, among others.

“I’ve been trying to make a record with Darren Garvey for years now,” Rodriguez said. “I’ve worked with him on records that I’ve produced in the past and sent him tracks that I’ve never released. But this was what I really had in mind. We went as far as to record a full-length record aside from this EP. We’ll probably release that in the autumn or early next year.”

Rodriguez returned to his Peak to Peak musical roots to record the album at Mountain Star Studio in Rollinsville. “We hauled all of our gear up there and we recorded for four days straight — days, nights and early mornings,” he explained.

Rodriguez caps this EP with the track “Back Roads,” which he said is about a friend he had that was always testing the limits. As he described the song’s essence he hinted at the core of not just this track — but more widely the theme of this first set of songs as a solo artist — the fascination of “the magic that you can sometimes find in being primal and unadulterated.”