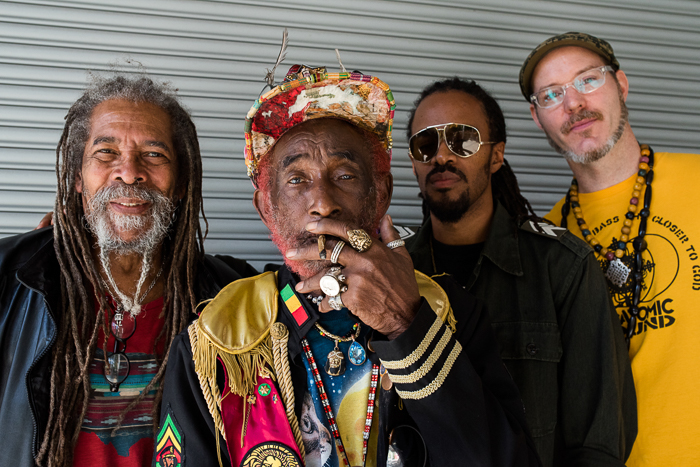 “Me see the future and the future is dub,” said the 82-year old Lee “Scratch” Perry, during a recent conversation with The Marquee.

The Jamaican music icon is about to launch his tour celebrating the 45th anniversary and first live performance of his 1973 groundbreaking album, Blackboard Jungle Dub.

Considered by many to be the first dubstep album ever recorded, Blackboard Jungle Dub has never been performed live before, which begs the question: why now?

Of course, six decades into a storied career Perry has yet to let off the creative gas pedal, consistently working on music and collaborating with artists even in the twilight of his career. But it’s not chance that he’s choosing to resurrect this particular album in 2019.

Today, the electronic music scene sees EDM artists headlining festivals and arena tours around the globe. Producers are receiving more credit than ever before, as “artist-producers” are now considered among the trailblazers in pushing the envelope of musical innovation.

Unbeknownst to many fans and even artists of the genre, the foundation for their success as producers came from Perry four decades ago when, without so much as playing an instrument, he became one of the most influential artists of all time.

“I hear the sounds in nature and in my head and I make the sounds with the studio to sound like that. The studio was my instrument,” Perry said.

His revolutionary and innovative use of sampling and distorted, chugging beats helped him gain notoriety as an avant-garde producer and artist, which at the time, were largely considered separate capacities.

This new method of production and sound would go on to spawn the creation of reggae, yet another genre in which Perry’s name is a fixture.

During his rise, Perry collaborated with and kickstarted the careers of many, most notably The Wailers and his one-time pupil Bob Marley.

In the early ’70s, done with reggae, he moved his work over to his at-home, self-made recording center — now known as the infamous Black Ark studio. Here Perry began experimenting further on developing the stripped-down, drum and bass music that would be soon become identifiable as the genre of dub.

“Me decide back then that me no want to deal with reggae no more. So me create dub, drum and bass music. Bass line is the melody. No singers. No ego! Just the rumble in the jungle,” he said.

Using the mixing board as his instrument, Perry stripped reggae songs down to their drum and bass bones, giving a new focus to the backing beat and production.

Furthermore, Perry expanded on the concept of mixing, making remixes that weren’t just B-side cast-offs but songs in their own right. In a time where many artists, save for Pink Floyd and a few others, saw the mixing board as a way of mastering already recorded music, Perry used it as a tool and instrument itself to create music he seemed to channel out of thin air.

“I make magic! I am Merlin. I am a magician not a musician,” he laughed. “I build Black Ark studio to bring God magic to Jamaica, to the sufferers, so they can have a voice. It make the Devil jealous. Too many people at that time in Jamaica them work for the Devil. I come to heal the people with music.”

Four decades later, that rumble in the jungle sound still influences artists around the world, in particular, electronic dubstep artists that Perry, even in his 80s, takes notice of: “Now everyone want to copy dub but don’t call it dub. Everywhere you hear music with just drum and bass now. Copies. Now everyone say dem a producer but no one a musician and no one a magician either. They don’t know God magic,” Perry waxed.

While this may hold true for many electronic neophytes, Perry is still largely celebrated by veteran musicians around the word for laying the blueprint for music in the 21st century, whether it be from The Rolling Stones’ Keith Richards to modern day producers and DJs.

“[Dubstep] sounds a million miles away from reggae, but at the end of the day it’s just stripped down bass and drum,” said Rusko, a British dubstep artist featured on the “Blackboard Jungle: From Dub to Dubstep” documentary. “That’s dub. That’s exactly why people love music by King Tubby and Lee Scratch Perry.”

Perry’s musical influence can be felt well outside the genres of EDM and reggae too, as Perry’s collaborated with or had his music sampled by everyone from The Sex Pistols to Kanye West.

“Me see Kanye West one time and him wear bullet proof vest. Him scared,” said Perry. “Him sampled my song ‘Chase the Devil’ but it nah help him chase away no devils.  Well I man never wear bulletproof vest. When you work for God he is your shield and your sword. Magic come from love not fear.”

While a brazen observation, Perry often cites his strong religious beliefs and his close relationship with God as the reasoning behind the difference in his abilities and his music’s perseverance over time.

“My music is God’s music. Most of these musicians today work for the devil, the Illuminati, new world order. Their success is a lie told to them by [false deities.]It’s a trap. Satan will get bored of their success and most of them will die young and go to hell. The devil stole my best student, Bob Marley, and promise him success. Where is he now? Poof gone! The devil was jealous of God and want what God have. These musicians today want to steal my Godly magic. They are jealous and want to steal from God instead of follow God. They get greedy.”

In 2019 it’s not totally lost on the now six-decade veteran that the future will be shaped by others like him, younger generations of artists that he undoubtedly paved the way for as the first “artist-producer” of his, or any, time period. “The youth are the future. I man live ahead of my time. I was living in the future during the past but now the future is here and I am here and the youth understand me now in this time.”

And that’s just why “Scratch” Perry is back on the road performing Blackboard Jungle Dub live in its entirety for the first time.

Helping him with this musical resurrection is Subatomic Sound System, his band of eight years which features a unique hybrid configuration that brings together a handful of live musicians like legendary Jamaican percussionist Larry McDonald, with computers and live dub mixing of classic recordings as well as brand new sounds from Scratch himself.

“Subatomic Sound System dem are me scientists. Subatomic dem build me a spaceship to take my fans back to the Black Ark and bring that holy magic back to the future. It come out perfect. The shows we do are perfect.  Black Moses from the Black Ark return with Subatomic energy from the Blackboard Jungle, come to set the people free,” he said before pausing to inhale and slowly exhale a joint.

“God magic. God music. Science. Jungle science. Ganja. Heartbeat. Drums. When you come to a Lee ‘Scratch’ Perry show, you come on a journey, a healing journey to heal your spirit and travel time. To get free and with magic, into the future.”