Trending Stories from The Marquee
You are at:Home»Cover Story»N2N
By Marquee Magazine on February 1, 2019 Cover Story, Features, Interviews, Michael Chary 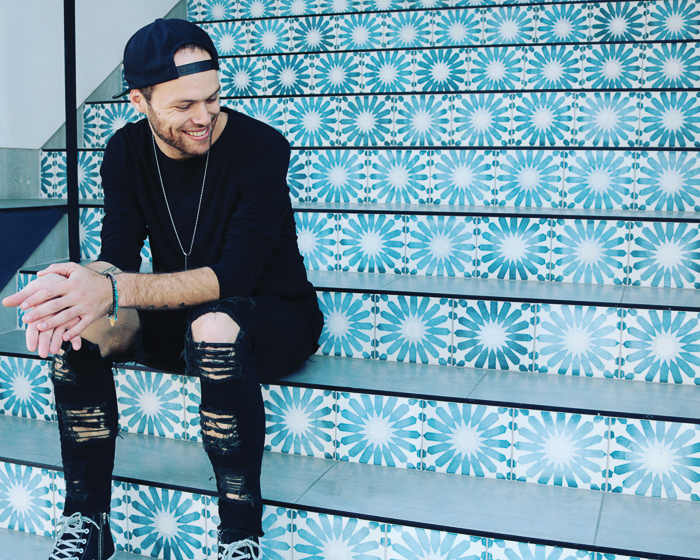 Ever since that one weekend in 1986, when Larry Harvey, Jerry James and friends burned an effigy of a wooden man on San Francisco’s Baker Beach, the phenomenon that is Burning Man continues to expand its influence into modern culture. No longer just an annual week-long gathering in Nevada’s Black Rock Desert (the playa), the Burner community meets in locations across the world throughout the year for “regional Burns,” while various aspects of the festival’s prominence have become increasingly noticeable in pop culture. And nowhere has it become more influential than in the music industry where it has conceived, not only its own genre of music, but also its own artists who have made careers, most notably, from their Burning Man sunrise sets — the quintessential hours for any aspiring DJ to display an aptitude for their art.

This was precisely the occasion that allowed Nick Kohler, a.k.a. N2N, to court the eager ears of the playa with his funk/soul-inspired deep house mixes, kickstarting his career as an artist inextricably tied to the Burn. And he couldn’t be more pleased to have that connotation.

“I’m forever grateful for the opportunities Burning Man has given me,” Kohler said in a recent interview with The Marquee.

“You know, I don’t go there to get paid, I go because it’s very meaningful to me and my way of connecting with a lot of people. I feel really blessed to be able to have that opportunity, and the fact that so many people resonate with the music that I put out from that set brings joy to my life. I want to stay associated with it as long as I can.”

Originally from Nashville, Kohler spent the better part of his youth writing music for piano and guitar, eventually becoming a classically trained musician with the credentials from NYU’s music program to prove it. And though a curriculum of music business, composition, and jazz theory could have led him down another path, it was his dad’s gift of two albums — Moby’s Play and Fatboy Slim’s You’ve Come A Long Way Baby — that solidified Kohler’s love for electronic dance music.

It was also his dad who asked him to go to Burning Man in the first place, buying his ticket and convincing him to drive cross-country for his first Burn in 2015.

Before setting off on what would become the trip of a lifetime with the coolest dad ever, Kohler played a fortuitous DJ set at a San Francisco pool party, where an old friend invited him to DJ their art car at Burning Man later that month. Fast forward a few weeks, he set off across the playa not knowing the rules, or lack thereof, regarding set times. Luckily catching his friend’s mutant art vehicle as it was departing, Kohler set up shop and recorded the DJ set that would serendipitously propel him to the level of notoriety he enjoys today.

This year, Kohler was asked to play 10 different sets at the festival, in addition to being booked at a multitude of venues across the country over the past three-plus years.

“At Burning Man, I try to go for seven days and I’ll do a sunrise set at least once or twice. This year I did sunrise on my birthday and played from 5:00 am to 10:30 am on Friday, then I went to bed and woke up for another set at 4 p.m.”

Outside of the playa, Kohler says the majority of gigs he books are in some way tied to the Burning Man community. And when he’s booked by unassociated venues he says there’s a noticeable difference.

“One of the reasons I love being associated with Burning Man is because the community outside of the playa is just as special. I have people hitting me up all the time saying ‘I’d love to bring you out to this new place because we discovered you on playa or found your set from playa.’”

“Every single time I interact or play shows with these people, it has been a hugely positive experience, which is kind of incongruous with the perception of the music industry in general where it’s very cold, kind of cutthroat, and your image matters so much. It’s not about that with the Burning Man community, it’s more ‘how do you speak to us with your heart?’ Which I care about much more,” he said.

That’s why he says he’s involved himself with BangOn! NYC — a Burning Man-inspired, Brooklyn music collective devoted to creating more meaningful experiences for the average concert-goer. “BangOn! focuses on throwing incredibly immersive and experiential parties where the consumer experience is the primary goal of the party more than profit, which says a lot to me because a lot of people love to party, right? But you can create these experiences that have lasting impact on people more than just ‘Oh remember that time we went out and got fucked up and that was so great.’

“Instead, you could say ‘Remember how my life changed at this experience, or how I started to think about things differently, or the relationships I forged.’ And that’s why we should make art in general, it’s for bringing people together,” Kohler said.

It’s likely that almost everyone who has been to Burning Man and experienced its culture would absolutely agree with this sentiment. And true to the unusual and unique experiences one would find at the Burn, Kohler will be playing a DJ set at a secret, to-be-decided location put on by Denver’s own Burning Man-inspired collective, Sound Ground. True to the sentiment described by Kohler, Sound Ground’s events are immersive, and creative with a focus on giving back by contributing a portion of proceeds to a local charity or benefit.

Go if you Dig: