Trending Stories from The Marquee
You are at:Home»Album Reviews»Reed Foehl ‘Lucky Enough’
By Marquee Magazine on February 1, 2019 Album Reviews 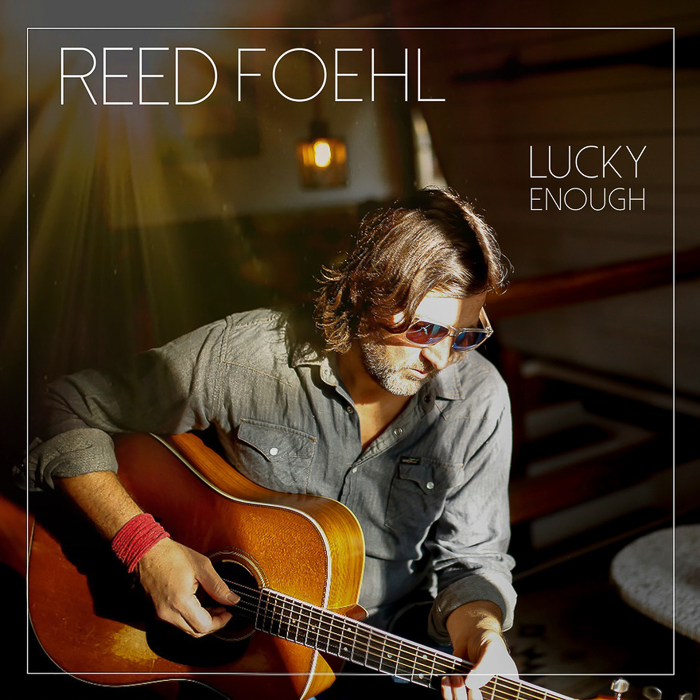 A New England native who had long lived in Colorado, Reed Foehl was making a big move, heading to Nashville to continue his craft as an artist and a songwriter. That made sense after co-writing the leadoff song, “Fly” with up-and-coming country singer/songwriter Brent Cobb on Lee Ann Womack’s 2014 GRAMMY-nominated album, The Way I’m Livin’.

On the way to Nashville, he got a call from his mother, Linda. She had lymphoma, and she needed him. He didn’t hesitate, ditching his fully loaded car in Nashville and flying straight home to Massachusetts. “It put in perspective what life’s about,” he says. “This was important, definitely more than any of these records I’ve made.”

While he cared for his mother, Foehl kept at his songwriting, thanks to the sponsorship of a longtime friend and hockey teammate. Keeping the creative flames burning was vital. “It’s not just what I do, it’s who I am. I’m writing songs so people can hear them and so I can be OK. That’s really the gist of it,” he says.

After Foehl lost his mother in July 2017, he knew he had to keep moving forward and started thinking about recording an album. Although he launched his solo career with the release of Spark in 2001, he played in bands for years, notably fronting Acoustic Junction and then as a charter member of Great American Taxi. For his fifth solo album, he thought, why not go into the studio with a full-fledged band? Foehl had toured as an opener with The Band of Heathens, and he knew and loved their tones and sound and how they worked together. And The Heathens had just opened their own studio in Austin, christening it by recording an update of the entire landmark Ray Charles album, A Message from the People. “These guys are really good,” Foehl says. “If I hire them, it’s a built-in sound. They’ve been playing together forever.”

Foehl’s solo career has been bookended by loss, losing his father, Billy, in 2001 around the time Spark came out and then his mother preceding Lucky Enough, with three albums in between — 2007’s Stoned Beautiful, 2009’s Once an Ocean and 2014’s Lost in the West.

Lucky Enough is dedicated to the memory of Foehl’s mother — “the Queen of Everything” — and a keen sense of loss flavors the album. But there’s also a sense of hope, of forward momentum, change and a celebration of love, including not just the romantic variety but the kind a guy has for the oldest of old friends. For Foehl, creating Lucky Enough with The Band of Heathens has been a cathartic process. “If I can help myself, maybe I can help others,” he says. “You’ve got to keep moving forward. I think that’s the important thing. Live to fight another day.”