Trending Stories from The Marquee
You are at:Home»Album Reviews»Ryan Dart ‘Drifter’s Heart’
By Marquee Magazine on February 1, 2019 Album Reviews 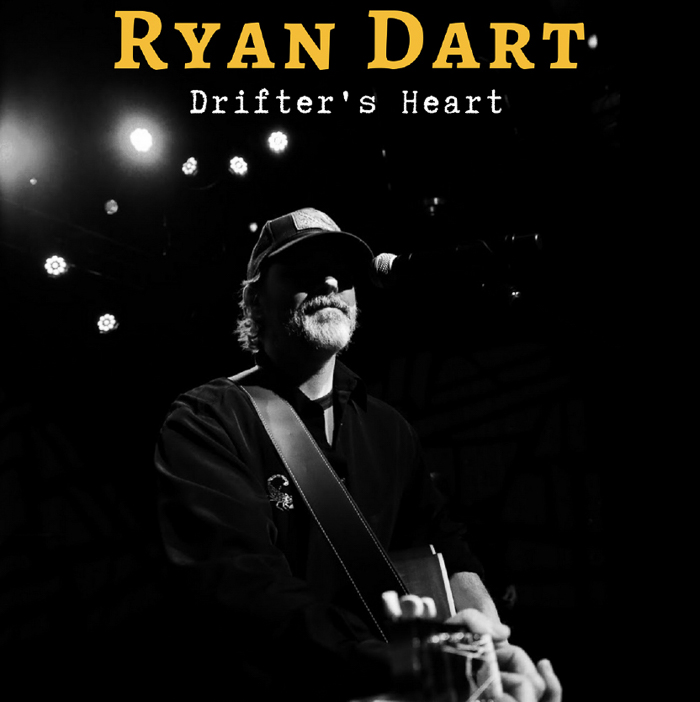 Mention farmer and musician in the same sentence and it’s a safe bet that an image of a big Dodge driven by a Good Ole Boy blaring Wal-Mart country comes to mind. But in Colorado, on the very beginning of the plains, tucked right up next to the foothills, farming takes on a different style, where the farmer probably does have the aforementioned Ram truck, but also, probably a Subaru, and a farm stand sign that says “organic.”

It’s in that realm, that farmer, musician, painter and father Ryan Dart lives, and where he’s crafted his Americana roots style over four albums since 2011.

For his latest, Drifter’s Heart, Dart’s salt of the earth storytelling style, touches on all the things that make us human; love, loss, work and living life. “I was dealing with the illness and eventual death of a dear friend and mentor,” Dart explained. “This album helped me process and heal some of the grief associated with that time. Music is such an essential lifeblood for me and I was finally starting to embrace its therapeutic powers in a new way.”

Recorded partially in Austin Texas — enough to get that “ole Red Dirt, Texas vibe,” as he put it — Dart finished the album in Boulder with Daniel Sproul (Rose Hill Drive, Ryan Bingham, Hard Working Americans). “Daniel is a creative force I’ve been blessed to hang with a lot over the years,” Dart said.

The songwriter had made a goal for himself to play 100 live shows in 2018, and he nearly achieved that goal. But his continual drive to write and play more still netted him great rewards, so much so that he is already planning another release later in the year.

“The search for the next song, the next chance to work through my subconscious wasteland and find something raw and unspoiled by the modern rat race is what drives me to keep writing and growing as an artist,” he said. “I have played weddings, funerals, house concerts, parties, breweries, theaters, hotels, a salon, and even a women’s clothing store in the last year and every gig has been a chance to grow and connect with everyday people and their struggles. We all are being faced with great challenges in this life and I want to do my part to give those hard-working, underappreciated folks a voice.”