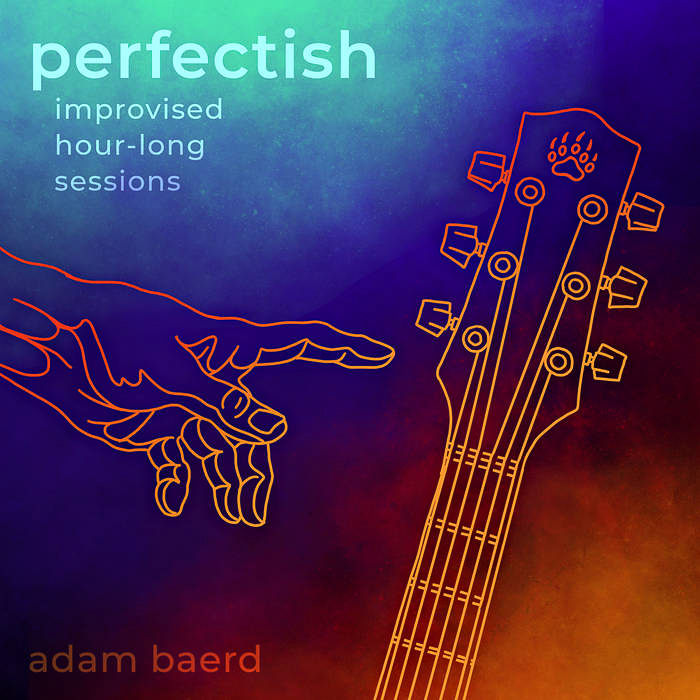 Recorded in three one-hour sessions, at UI Sound Studios, the fully improvised album flirts with most genres — fingerstyle, flamenco, folk, funk, blues, jazz, rock, and even some surprise instruments, and Baerd’s banter introducing each track gives the listener the feel that they’re sitting right there with him as he picks his way around the improvisational soundscapes — flow states, he calls them.

Somewhere between a traditional instrumental album, a podcast, and a live improv show, the Perfectish collection feels surprisingly personal. All three of the hour-long tracks are named after a specific listening situation, such as “For Pretending to Work” or “For a Longish Commute.” The third and final recording, “For Finally Going for It,” has an accompanying video filmed in the studio with zero edits or cuts.

But despite all the neurons that have to fire correctly for Baerd to pull off the feat, the album’s components are pretty minimal. A microphone, a strangely tuned guitar and no plan. These are Baerd’s adversaries, and his opportunity. The audio engineer, Max Nordby, gives a nod from the control room and the recording light clicks on. For the next sixty minutes, whatever comes out of Baerd’s fingers is the gospel of his premiere EP performance.