Bob Moses with Battle Lines attempt to answer ‘how did we get here,’ ‘where are we going wrong’ and ‘what are we feeling inside?’ 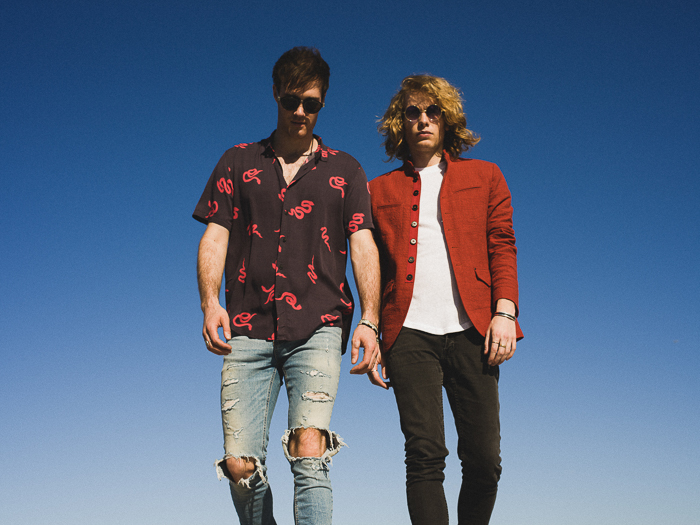 Introspection is a rarity in this day and age. Today’s culture has become a cacophony of thunderous thought leaders and influencers trying to sway our opinions with extravagance and bombast. And while these voices tend to over-represent the masses with their squabbling, it’s simply that — loud, vapid noise. But in between those moments of uproar is where one finds a more meaningful, heartfelt passion, and that’s where Bob Moses found its niche.

“Music is a subtle thing. What you don’t play — the space between the notes — is more important than the notes you do play,” said Jimmy Vallance, one half of the Grammy-award-winning duo, in a documentary charting Bob Moses’ rise to fame. And that musical insight seemed to serve as a parable for what Vallance and musical accomplice Tom Howie, witnessed in their reception from global audiences on tour thereafter.

“After the first record we toured around the world and saw our songs have a big effect on a lot of people, whether it be crowds singing along in China, Istanbul, Brazil, or Europe, we realized that even if people speak different languages, have a different history, different views, religion, whatever it is, when the music is playing, we’re all the same,” Howie told The Marquee in a recent interview. “And that really made us look a bit more outward to how those things we feel inside are reflected in the world.”

That’s not to say the duo’s success resulted in them donning rose-colored lenses from there on out. Though, if you hadn’t noticed, their sunglass game is certainly something to be envied. Jokes aside, Howie candidly expressed how Bob Moses’ already melancholic and brooding sound was further influenced by modern society’s chaos going into their second album.

“A lot of crazy stuff was happening in the world while we were making the record, like Donald Trump’s presidency, the whole #MeToo movement, gun control issues in America, the outrage culture, and I think the record, in this sense, was still introspective, but more exploring the connection of how the things we all feel manifest themselves,” he said. “We felt a disconnect looking out at the world being all fucked up and asking how did we get there? Where are we going wrong, what are we feeling inside, and what are we (Jimmy and Tom) feeling?”

And it was those conflicting feelings of sociopolitical tumult mixed with the expressed love of their fans that led to the creation of their latest full-length LP Battle Lines; an album the two produced by locking themselves away in a studio up Laurel Canyon in L.A., taking a break from their arduous touring schedule of 200-plus shows a year. And by locked away, that simply meant they only played about 70 shows in a year, which Howie says felt really light in comparison.

Drawing inspiration from the solitude in the Hollywood Hills, Howie and Vallance took time to reflect on the state of the world, having actually seen quite a bit of it, contemplating their place and how that related to what they observed in the media. After a year of rumination, experimentation and collaboration they presented their sophomore album in the fall of 2018.

“The album is generally about the battles we all go through, whether it be personally, interpersonally, with society, or with our idea of what we’re supposed to be in that society amongst our people,” Howie said. “And a lot of it was commenting on the whole tribalism in the press and in the public social sphere where those struggles, fights and conflicts define you and lead you down certain paths. So, Battle Lines seemed like a great title to sum up the lyrical content of the album.”

The duo’s latest work shows several innovative departures from what fans might come to expect in relation to their previous work, but at its essence Battle Lines stays true to their pedigree. The group’s minimalist style continues to retain a poignancy through the negative space it highlights in between. A talent they’ve cultivated in a genre that doesn’t always lend itself to conveying noticably deep sentiment.

“We grew up in the grunge and post-grunge era where all of our favorite bands could have a more poppy or cheerful melody, but they made it heavy and dark and we’ve always been into that,” Howie said. “So, with all that darkness and gloominess, there’s always some sort of melancholic hope in the message and I think what was happening in the world fed into that and was perfect fodder for our sound and what we wanted to explore lyrically.”

And though the duo’s musical taste overlapped perfectly to create their seamlessly haunting, yet mellifluous blend of rock and dance, the two never really knew each other growing up — despite being raised in the exact same town and attending the exact same high school. Instead, they knew of each other as ‘the other music guy.’ Years later, an auspicious meeting in a New York City parking lot, where they happened to both have studios across the street from each other, led to a collaboration one would be understating if they described it as serendipitous.

“We had tried working with other people and hadn’t really found the right fit, or felt like we were pulling all the heavyweight. So, when we had our first studio session, I don’t want to sound arrogant, but it was like ‘Whoa, we’re on the same level here’ and this person is adding as much to the experience as I am and inspiring me,” Howie said. “It’s sort of like finding a relationship with a best friend or girlfriend/boyfriend, there’s just something about the chemistry that fits and you can’t really explain it, but it just makes sense.”

Bob Moses will join Zhu and Boombox, as well as a handful of others at Powabunga Fest, Vail’s inaugural music, art and mountain festival. You can expect the group to play a live set on the main stage and an afterparty DJ set at a local venue TBA.