How microdosing helped the band capture, arrange and develop their sound for their debut Best Kept Secrets 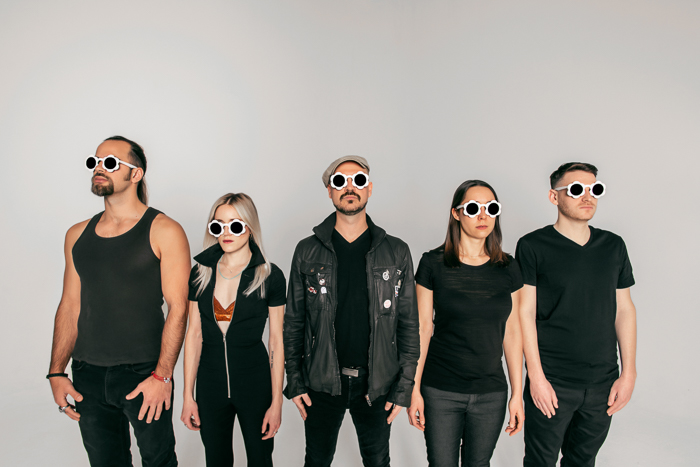 In theater, a Ghost Light is a single, illuminated, bare bulb hanging above the stage in an otherwise dark and empty room, but when journeyman guitarist Tom Hamilton used the term as the name of his new project, he clearly had something completely different in mind. Almost exactly a year after their first live performance, Ghost Light is poised to release their debut album, Best Kept Secrets, on March 22. While the album features tightly arranged songs, subtle Americana textures, and layered harmonies that come to life under shimmering production, it’s energized playing, stretched out jams, and rabid crowds that have become hallmarks of the band’s live show and lit up entire rooms.

“I think we’ve done pretty well for a band that’s been around for as little time as we have,” admitted Hamilton from his Denver apartment during a recent interview with The Marquee. “We are pretty fortunate that people have been responding. The first shows of the first tour we ever did were all sold-out which is fucking crazy. You don’t know what’s going to happen. They are out there and supporting us and digging what we are playing. It was nice to be able to step out on stage the first time and play a twenty minute version of a song that nobody ever heard before and have people love it.”

There’s no doubt that it takes some serious confidence to unleash that kind of improvisation in front of a crowd who has never heard your music, but with Hamilton’s background as the founder of the beloved jamtronica act Brothers Past, and as a member of the explosive Grateful Dead tribute band Joe Russo’s Almost Dead, this format is right in his wheelhouse. “It started the first time the five of us got in the studio,” revealed Hamilton. “We were working on songs but every once in a while we would take a break and just jam and it was good almost every time. We were like ‘OK we don’t really need to talk about this, let’s just let it be’ and when we got up on stage we just did what we do and it worked out.”

Joining Hamilton on this musical odyssey are Raina Mullen, classically trained pianist and Phish re-imaginer Holly Bowling and drummer Scotty Zwang. “I got everyone in the band to agree to be in the band without us ever playing together,” he laughed. “It was just phone calls and meetings and whatever to get it solidified. So, when we decided to get together in late November or early December of ’17, I had about three months to write material and have something to bring to the band.”

Hamilton enlisted Mullen to face the challenge with him as the two had experienced writing and playing together in the group American Babies, but it wasn’t long before they hit some roadblocks which they decided to tackle by expanding their minds. “I hadn’t eaten acid in a very, very, very, long time but Raina’s way younger and she was just really getting into it on her own so we were like ‘Let’s see what this does, and if it will actually help,’” he admitted. “The first day we did it we just kinda went into the studio for fuckin’ ten hours and we played the opening riff of ‘Best Kept Secret’ for four hours – there’s recordings of this shit – it’s weird and fucked up and sloppy but we were able to let go a little bit and let that drug do what it can do and just kinda see things from different perspectives. It helped us a lot.”

While it’s easy to imagine this experiment slowly morphing into a brick wall or simply dissolving altogether, Hamilton had significant experience with the drug as a teenager and credits those experiences with helping shape the person he is proud of being today. “When I was a teenager, me and my friends ate acid almost every week for years. It was cool. I’m a big supporter of it – not in some kind of third eye kind of way. I’m not wearing linen pants with a ponytail telling you to ‘eat this’ — but it certainly helped me as a younger guy,” he explained. “I always had anxiety problems and when I found my friend group we wouldn’t eat acid and go to a party or a concert necessarily, but me and my four or five best friends would just hang out at somebody’s house and get some weed and listen to records, play chess, and talk a lot. It was a coming of age thing; a bunch of boys trying to figure out what it meant to be men, and good ones at that. We were all really thoughtful people, we still are. I am still very close with that group of people even though we are all 40 and everybody except me has a family. We are all creative people, we all work for ourselves pretty much, and we all do something interesting with our lives. It’s cool to see that as we all splintered apart into adulthood, we maintained an ethos. I think it’s attributed to that time we spent together and experimented with psychedelics.”

While the experience was obviously very positive for the guitarist, in 2000 or so he very pragmatically decided to stop experimenting with the substance. “I personally hit a wall with it. It was a really cool and life-shaping experience as a teenager and then I got to the edge, and looked over the edge, and I was like ‘This is the edge so I don’t need to be here anymore,’” he said before explaining how discovering the concept of microdosing enabled this time to be different. “It wasn’t too long ago that micro-dosing started to become a ‘thing.’ Nobody told us that shit when we were kids. Microdose? It was macrodose! Let’s see how much we can eat, let’s see how far this can go. At least that’s how it was for me personally. Looking back I’m like ‘That’s the dumbest fucking thing in the world. No wonder things got so weird.’”

This time around, Hamilton’s more tempered and mature approach allowed him to capture hundreds of hours of ideas in the studio over several weeks. “We recorded everything, we were always recording,” he said. “These three, six, eight-hour sessions were all recorded and while I’ll admit most of it is complete horseshit and nonsense, we dug through it and all of a sudden we had ‘Keep Your Hands to Yourself’ and ‘Best Kept Secret’ and things like that.”

After the marathon writing sessions wrapped and the rest of the band was available, the five-piece found a 4,000 square foot recording studio where they were able to get to know each other musically and begin to the develop the language that every improvisational band thrives on. “We set up in a circle and started playing these tunes and working them out,” said Hamilton. “Everything was recorded live as far as the basic tracks go. I wanted this thing to be like Led Zeppelin or something — just a band — people in a room, not click tracks and bullshit like that. I wanted it to be whatever the vibe or natural feel of the tune was. That’s what I wanted it to be. The drums, bass, piano, and original electric guitar tracks for all the tunes, those are live. Just the five of us in a room cutting it. Everybody had input and added sections to songs or suggested bridges or outros. Everybody put their stamp on it. It was really collaborative. Fortunately, we have five like-minded people who want the best for the songs.”