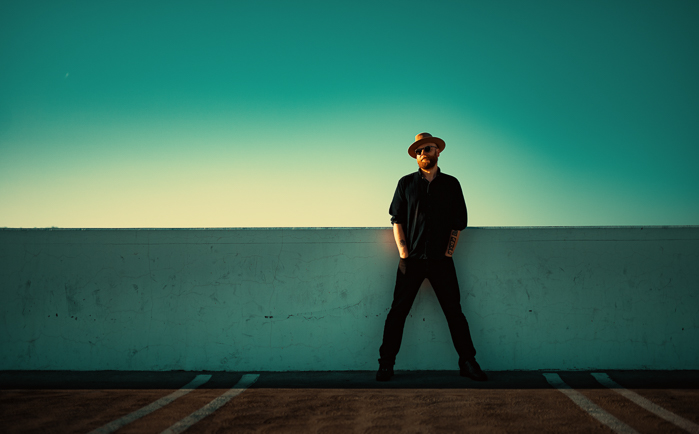 A strikingly unique band, even by ’90s alternative rock standards, Soul Coughing melded a range of influences from avante-garde jazz to hip-hop. The band broke up in 2000 but frontman Mike Doughty’s prolific solo career has continued on this exploratory musical path, making him a harbinger of sorts to the diverse sonic buffet offered to listeners in the Spotify era. Striking out on your own after fronting a band can be a challenging identity shift for any artist, requiring both breaking with the past and embracing it. Finding this balance has been an often fraught journey for Doughty. But this winter, as he embarks on a tour that will see him playing Soul Coughing’s debut album Ruby Vroom in its entirety, celebrating the 25th anniversary of the album, he seems to have found a harmony between coming full circle and forging ahead.

“It was a decision to play fresh material and progress as a writer that drove me to avoid the Soul Coughing songs [for several years],” Doughty reflected, speaking to The Marquee on the phone from band rehearsal in the Bronx. “I think any artist has trouble examining their old performances. I listen to the album and I still go, ‘Man, it’s a great band — but what the fuck is going on with that singer, what is he doing?’ I guess it’s the way everyone feels about hearing their voice from 25 years ago, including non-musicians.

“Incrementally, this being my oldest real recording, every word and every chord is in a slightly different place now when I play these songs live,” he continued. “So, really sitting down and listening to the album repeatedly means that, for this tour, I am pulling everything back to the original phrasing. Plus, people want to sing along. It’s an important record to them.”

This will not be a note-for-note performance of the album though, Doughty noted. “I came up musically around avant-garde jazz musicians and they never played anything the same way twice. I also grew up in my teenage years with a bunch of Deadheads who, of course, were used to improvisation. So, I have never looked at any song as written in stone. I have a live remixing system that I do where I give hand signals to the band. But I really went micro on the old recording and am trying to bring a lot of that back to the live performance.”

Inspired by John Zorn’s improvisational opus Cobra, Doughty has been using hand signals with his bands for about ten years. He began incorporating the signals on a tour where his band did a secret opening set of sorts, coming on stage wearing costume shop-purchased beards and improvising as the crowd filed in to the venue. The Cobra connection of course also hearkens back to the origins of Soul Coughing, as it was during a performance of the piece, recorded at New York City’s Knitting Factory, that Doughty first met Soul Coughing bandmates Mark Degli Antoni and Sebastian Steinberg.

“It is way more complicated than what I do,” Doughty said, describing Zorn’s approach. “But it’s a really interesting way to do improvisation within a structure with nothing preplanned. In terms of the signals I do, there’s only five or six: stop, start, get quieter, get louder, change, go back to what you were doing before, go away from what you were doing before. It’s such a joy to the band when they learn it. It’s so much fun, man! So much fun.”

The lineup for this tour includes Andrew “Scrap” Livingston on upright bass; Brendan B. Brown (frontman of Wheatus, who will be joining Doughty on the road) on guitar; Matthew Milligan (also of Wheatus) on sampler/keys; and Madden Klass, “a 19 year old phenom who dropped out of Berklee for a semester to do this tour on drums.”

“We’ve been rehearsing and it sounds really fucking good!” Doughty exclaimed excitedly. “I came into this process with a lot of anxiety but we have Brendan B. Brown as the musical director. He is meticulous, whereas I am loose and improvisatory. I have been leaning on him to deal with structure while I deal with vibe. It sounds way better than it would if I wasn’t going to be touring with him.”

Most surprisingly, and a further sign of his making peace with the past, was that he had initially envisioned the Ruby Vroom anniversary tour as a Soul Coughing reunion. “The other guys weren’t interested,” he said, and left it at that. Regardless, this perhaps gives fans some hope for a future reunion. Perhaps.

No matter where Doughty’s creative journey takes him though, he has plenty of fuel for the road ahead. An early adopter of internet fan community building and crowdfunding, Doughty’s Patreon subscribers are treated to a new song every single week. It’s a win-win for the artist, who is forced to accelerate and bring discipline to the often messy songwriting process. “I have to do that thing where I wake up and the first sip of coffee is with a guitar in my hand,” he described. “If you write this much you’re constantly thinking about what you can do differently from last week. So, I’ve done stuff like rapping, weird experimental pieces, a little chamber orchestra piece and acoustic songs.” It’s also allowed Doughty to work with other Memphis musicians, exploring the rich musical heritage of the city he’s called home since 2015.

With 160 songs and counting that have come out of this process, “I don’t know what the next album is going to be,” he said. “But it’s going to be very, very good.”