Trending Stories from The Marquee
You are at:Home»Album Reviews»Sugar Britches ‘Don’t Make Her A Mix Tape Yet, You Idiot’
By Marquee Magazine on March 1, 2019 Album Reviews 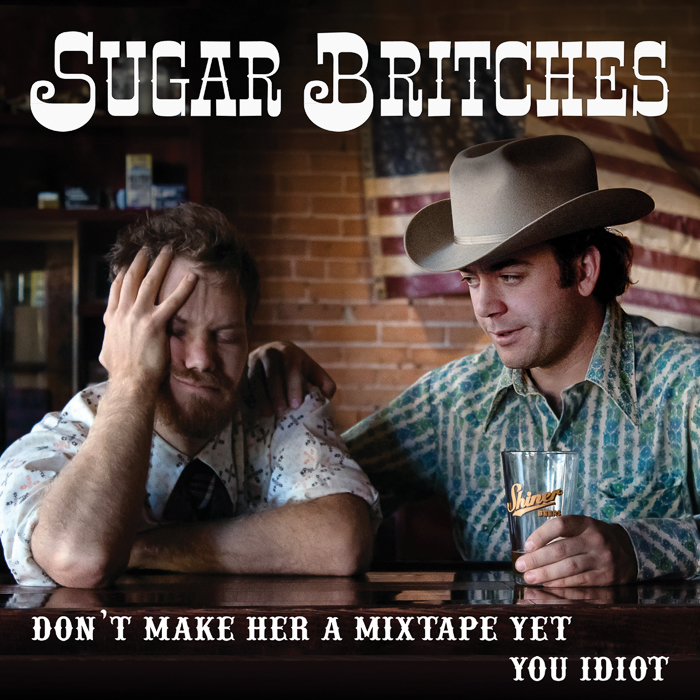 Sugar Britches
Don’t Make Her A Mix Tape Yet, You Idiot

Despite its kitschy title, less-than P.C. name and its humorous cover art, the Fort Collins country duo of Brian Johanson and Josh Long put forth a rather high-brow debut on this five-song EP.

With songs like “Polyamory” and “Molly” (which isn’t named after a girl, by the way) it sounds like the whole record would be a tongue-in-cheek affair, but the group actually hits some pretty serious points as well. Don’t Make Her a Mixtape Yet You Idiot is a collection of original songs dealing with addiction, sobriety, dating, love and heartache.

Sugar Britches have been playing along the Colorado Front Range since late 2017 when Johanson, who was playing as a solo singer-songwriter, met electric guitarist Josh Long and they were dubbed “Sugar Britches” by local KRFC radio DJ Liza Verschoor. Johanson had not played music for five years before returning to the Fort Collins music scene in 2015 as a solo singer-songwriter, but Sugar Britches has been playing non-stop since their inception and remains busy playing music through Colorado.

Featuring guests, bassist Ben O’Connor, pedal steel player Phillip Ray Broste and drummer Darren Radach, Don’t Make Her A Mix Tape Yet, unapologetically doesn’t try to put a modern twist on swinging country. They don’t try to spruce it up, or even hint at making it “alt-country.” They play it with the same swagger as Merle Haggard or Junior Brown would have — twangy and tight with a bounce.