Trending Stories from The Marquee
You are at:Home»Cover Story»311
By Marquee Magazine on April 1, 2019 Cover Story, Features, Franz Hilberath, Interviews 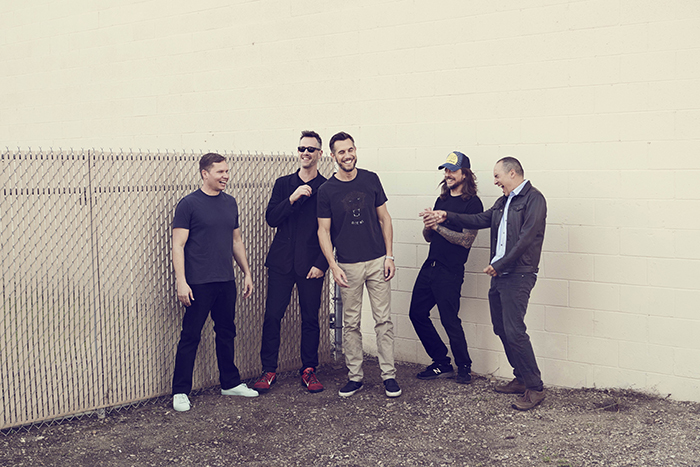 311 has never been a group unwilling to evolve.

With the American alt-rock, rap and reggae act approaching its 30th year together, the Omaha, Nebraska-natives are still finding new levels of success by constantly challenging what they can do as a band.

In 2000, they began celebrating their own holiday on March 11 (aka 3/11), commemorating the event by offering audiences unique destination shows around the world. The band has also stepped out and expanded beyond the confines of music over the years, producing full-length movie releases and they’ve even partnered up with Tampa, Fla.-based Rock Brothers Brewery on its own line of craft beer.

In 2011, 311 took yet another innovative step forward by becoming one of the first groups to host its own music cruise, setting out in early March each year ahead of its own holiday.

“It’s always a fun environment to get to play music and get to do that,” said guitarist Tim Mahoney, during a recent interview with The Marquee after the band’s sixth sold out 311 Caribbean cruise last month. “We were around all these like-minded folks. This time we went out for an extra day with two destinations. We had a lot of great bands and comics. That was fun. We do three sets there, so about 70 to 80 songs. It’s a lot to prepare for, but it’s fun.”

311’s fanbase boasts a reputation of being a rabid following but an overwhelmingly pleasant one. Unlike fanbases of other rowdy live alternative acts, the group’s following has always accentuated the band’s message of unity and positivity.

“We take it as a compliment. Every time we show up. Sixth Man (the promoter of the cruise) are so thankful of our fans because they are such nice people,” said Mahoney.

To ante up on an already-busy opening week of March, 311 took its very first trip to theaters this year with its third full-length film release, Enlarged to Show Detail 3. The film focuses on the band/fan relationship more so than the previous two, depicting the behind-the-scenes of how the band has cultivated such a unique following.

“Yeah, that was our first time to get to [have a movie in theaters.]There was a lot of time covered in there from the last one. So much footage, and so much material for them to go through and put down into a cohesive 90-minutes. This one showcases more so on the fan’s side of things and the community,” Mahoney said.

The band has also announced a new summer tour this past month, a run co-headlined by California act, the Dirty Heads. 311 will be touring in support of its new album, which is yet to be named or given a final release date. The album is the band’s first since 2017’s Mosaic, and one that Mahoney thinks showcases the group’s continued improvement and evolution.

“For me, it’s a step up from the last record. There’s a current that’s woven through the music for our whole existence that you can recognize as 311 style. But whether it’s through production or different songwriting styles, there’s some new territory for us too,” he said.  “There’s a lot of good rock riffs, good reggae stuff, guitar solos. It’s got all the same kind of elements in there that we love.”

Prior to this new tour and album, the group will return to Colorado this month to play a series of shows based around the 4/20 holiday, including 4/20 Eve on the Rocks at Red Rocks Amphitheatre, which will be 311’s 16th time headlining the iconic venue since 1996. Performing on the eve of this newfound national holiday, the band returns its formula from last year by co-headlining alongside rappers Method Man and Redman.

“We’ve been fortunate to get to do it the last couple years. That’s a good combo right there, Colorado and 4/20. Any opportunity we get to play up there we go for it. It seems like there’s a lot going on musically over that weekend, and it’s nice to be a part of it, especially at Red Rocks. It’s nice of those guys to invite us again to do that show,” said Mahoney.

And to sweeten the (cough) pot, Mahoney also explained that the band plans to potentially debut a new line of 311-themed marijuana products in Colorado on this 4/20 weekend. The band already has an oil-related Uplifter line based out of Nevada.

“Nick [Hexum, lead singer] is in charge of it,” said Mahoney. “Right now, I think there’s some edibles in the pipeline. I think it’s getting geared up for 4/20 when we’re at Red Rocks to debut some of it. The one thing I know I can talk about is a CBD/THC edible that is 3 mg THC, 11 mg CBD. We’ll see. That’s­ Nick’s little baby right there.”