Trending Stories from The Marquee
You are at:Home»Album Reviews»The Yawpers ‘Human Question’
By Marquee Magazine on April 1, 2019 Album Reviews 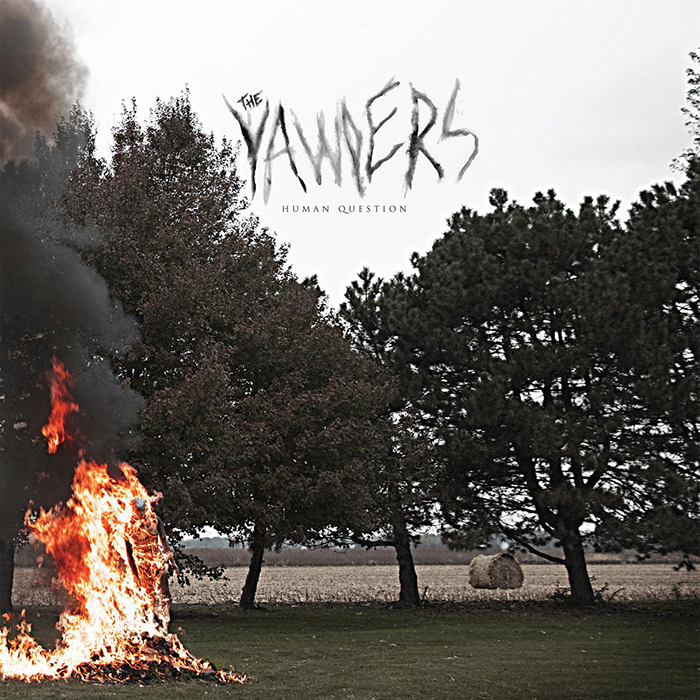 Back in 2015, when The Marquee interviewed The Yawper’s Nate Cook around the group’s American Man Bloodshot Records debut release, Cook explained that as soon as things had started to come together professionally for the band, his personal life started “spiraling into insanity and discomfort.”

During the very deep and sincere interview, Cook laid it out flatly and honestly, saying “My propensity as a human being, which I’m pretty sure comes through in my music, is to be pretty self-destructive. So, it’s been a real struggle to try to keep away from the things that are going to wind up destroying my career, until I wind up losing everything. So, I’ve had to sit in the fire and kind of deal with things the best I can, without going totally off the rails with booze and drugs. I think I’ve got a good support system and I’ve got the tools necessary to claw out of the hole, but even when I’m out of the hole, I don’t know. Before my wife left me, I was miserable. Before my friend died, I was miserable. When I was 21, I was miserable. When I was 12, I was miserable. So, I’ve got to figure out what the root of it is and that seems like more of a lifelong process than something I’ll figure out in therapy in the next couple of months.”

Cook was right that answers wouldn’t quickly reveal themselves. But two albums and four years later, it seems like he’s on an upward trajectory, and in typical Cook fashion, it’s a very honest, fallible, yet dedicated drive to continue to stay out of the hole from which he has climbed.

On Human Question — the group’s third album for Bloodshot — the lead singer and guitarist writes his way out of trauma, rather than wallowing in it, as was his self-destructive formula in the past. “I wanted to take a crack at using these songs as therapy, really,” Cook said. “I think I’ve always been inclined to write more towards the dregs of my psyche, and explore my depressions and trauma, rather than describe a way out.”

The self-reflection engages the band’s trademark dangerous, emotionally fraught choogle, and the group works to build and release ardent tension over and over throughout Human Question. Written, rehearsed, and recorded over a two-month period with Reliable Recordings’ Alex Hall (Cactus Blossoms, JD McPherson) at Chicago’s renowned Electrical Audio, the record is an immediate contrast to their critically acclaimed and meticulously plotted concept album Boy in a Well (set in World War I France, concerning a mother who abandoned her unwanted newborn). The band tracked live in one room, feeding off the collective energy and adding few overdubs. Through the new approach, ten songs connect with an organically linked attitude and style.

The band skillfully balances that Jekyll and Hyde formula throughout Human Question. In “Child of Mercy” guitarist Jesse Parmet revs the engines with a disintegrating blues guitar framework, backed by a breakneck beat by new drummer Alex Koshak. Eventually, the tune whips into a cyclone of distortion and Cook’s sustained falsetto, as he howls, “Won’t you please wake me up when the night is over.”

“Dancing on my Knees” offers a raw yet poppy, outsider while mainstream, danceable while thought-provoking sound with lyrics that include “It wasn’t what I asked for / But it’s exactly what I need / You’ve said there’s growth in agony / And we finally agree”. There are moments of blunt Stooges raw power (“Earn Your Heaven”), shaker rhythms behind ’70s psychedelic rock (“Human Question”), and the salacious boogie of Zeppelin (“Forgiveness Through Pain”).

“Man As Ghost,” “Can’t Wait,” and “Where the Winters End” reveal a softer and contemplative side, blending touches of modern Americana and folk music. In these moments of sonic respite, Cook and company display their range through acoustic guitar strums, relaxed and aired-out tempos, and big, yet dialed-in vocal runs. But, no song exhibits the band’s extended capabilities like “Carry Me,” a Gospel-soul burner that builds from hushed to impassioned, with the lead singer begging for salvation in full open-throated fervor by song’s end.

Pitchfork nailed the band when they described them as a group that “transcend the practiced chaos of so many other bands who insist that they rock more than they actually rock.” With Human Question The Yawpers continue on that transcendental trajectory, but this time they do so, it seems with some hope of survival, rather than careening toward the chaos of destruction.