Trending Stories from The Marquee
You are at:Home»Album Reviews»Lightning Cult ‘EP2: Ether Waves’
By Marquee Magazine on June 1, 2019 Album Reviews 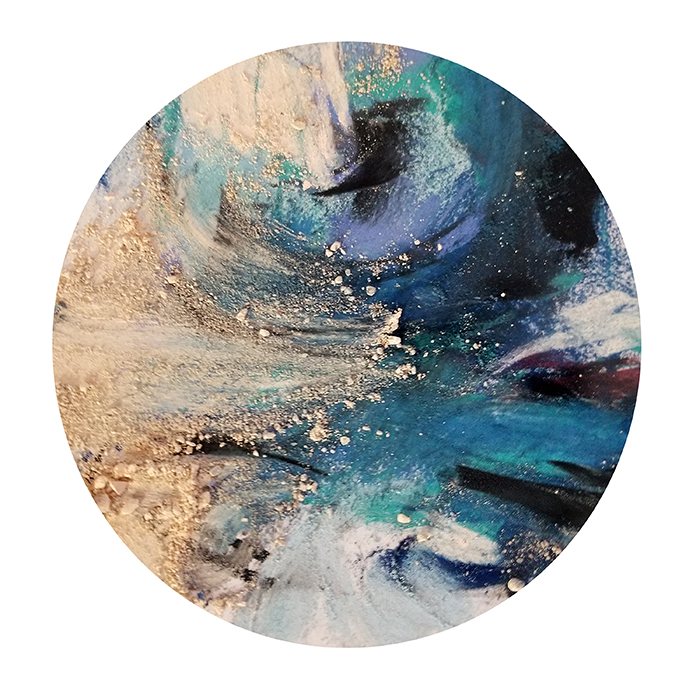 Mike Marchant — the chameleonic mastermind behind Widowers, Houses and his own Outer Space Party, among others — has emerged with another new project, Lightning Cult.

Marchant, a self-taught songwriter and multi-instrumentalist, received consistent critical acclaim during a productive period that began in 2007 and ended after a cancer diagnosis in 2012.

The August 2018 release of Lightning Cult’s EP1: Burner (also known as ‘The Warm Side,’ which is included as bonus content on the cassette’s B side) came after a four-year hiatus, during which Marchant recovered from cancer treatments and relocated from Denver to New Mexico. For the production of EP1: Burner, he enlisted a like-minded collaborator: Luke Carr, founder of Santa Fe-based multimedia world-building project Storming the Beaches with Logos in Hand. For Lightning Cult’s second release EP2: Ether Waves, Carr’s position shifted from hired producer and performer to project member, and his role in arranging and performing Marchant’s compositions increased significantly.

EP2: Ether Waves (aka ‘The Cold Side’) is a bolder, darker, more adventurous sequel to its fairly straightforward predecessor. Marchant and Carr shared production duties, working at their own recording spaces over a four-month period. They’ve traded in acoustic guitars for overdriven, echo-drenched electrics, and expanded their sound with synthesizers, strings, drum machines, and complex vocal arrangements. “Ether Waves” is a dreamy, intricately layered song cycle that moves confidently through genres and moods while remaining grounded by Marchant’s simple, melodic compositions.

“This record explores fragmented memories and emotional disorientation,” said Marchant, who suffered serious memory loss as a result of chemotherapy, radiation treatments, and a brief period of “very self-destructive living” that followed. “I went through hell, and survived and recovered, but I lost a lot of… information. With these songs, I’m using sounds and words and melodies to try to make sense of images that are incomplete and grieve the loss of the ones that are missing. It’s more fun and less pretentious than I just made it sound, I promise.”