Little Feat set out on an astounding 50th-anniversary tour 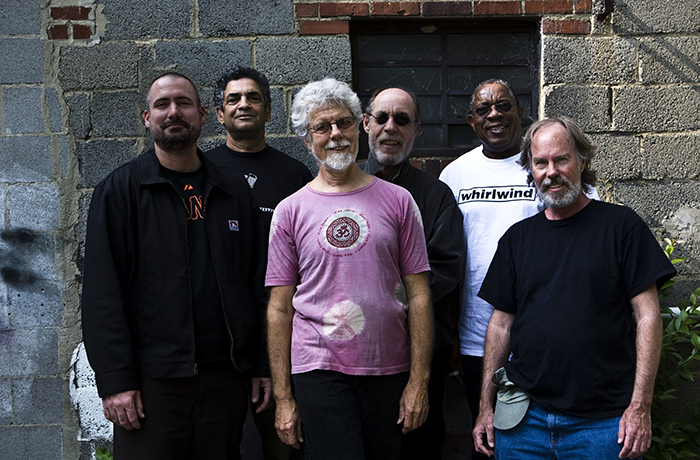 Legend has it that the seminal Cajun rock band Little Feat was born when Mothers of Invention rhythm guitarist Lowell George played Frank Zappa a tune he had just written called “Willin’” and Zappa kicked him out of his band for “writing a song about dope.” While that account varies depending on who is telling it, there’s no question that Zappa gave George the kick in the pants he needed to start his own group.

“I was up in Isla Vista sleeping on the beach, and sleeping in other people’s apartments, and somebody gave me a phone card — the kind you used to use to make long distance calls,” explained legendary keyboard player Bill Payne, during a recent interview with The Marquee as he set the record straight and gave his account of the band’s origin. “I wanted to meet Frank Zappa and Frank had two labels, one was called Straight and the other was Bizarre. I called Bizarre and it took a few calls, but I got this lady, a secretary, and she introduced me to Jeffrey Simmons who told me Lowell George was starting something,” Payne recalled, as he wound down from Little Feat’s annual Jamaican getaway, Ramble on the Island. “I guess Lowell played Frank the song ‘Willin’’ and Frank told him he ought to start his own band. So as Lowell was in the process of thinking about what he wanted to do, we met. It wasn’t like ‘Hey let’s get together and do this’ but more like ‘Let’s start discussing things and get to know each other and maybe try and write a few songs — that kind of thing. By the time I met Frank Zappa about a month later, it was pretty well cemented that we were going to do Little Feat”

With George on guitar, Payne on keys, some solid songs, and a record deal with Warner Brothers, Little Feat set about fleshing out the lineup. By convincing George’s former bandmate and drummer Richie Hayward to quit The Fraternity of Man, and holding auditions for someone to hold down the low end, the group began to take shape. “I was first exposed to the band when Lowell asked me to come and audition as the bass player,” laughed guitarist Paul Barrere during a recent interview with The Marquee from his home in Los Angeles. “We both went to Hollywood High School. He was in Hollywood three years before me so he was in school with my older brother. He knew about me playing a guitar, and I knew about him playing a guitar, and I used to go watch him play with his band The Factory in around ’67 or ’68. He liked this garage band that I had up in Laurel Canyon and he thought I would be a perfect fit for Little Feat on the bass. Unfortunately, I really wasn’t a bass player so I failed miserably at the audition, but I told him that if he ever needed a second guitarist, I would be happy to join.”

While it was a couple of years – and a pair of albums — before Barrere officially joined the band in 1972, he and George eventually gelled and set in motion the band’s hey-day, which was right around the corner. “Lowell was basically my mentor. He taught me that there were more than three chords and that you don’t have to just play blues,” Barrere admitted. “He had a great sensibility for songwriting that helped a lot once I started writing things like ‘All That You Dream’ and even ‘Old Folks Boogie’ which got away from the genuine three-chord blues changes. He was great with singing, phrasing and all that kind of stuff on a professional level, but on a personal level we got along well. We both liked early Japanese Samurai movies and we would hang out together on the road. I remember up in San Francisco I was rooming with him and he was writing ‘Fat Man [In The Bathtub].’ He looked over at me and said ‘Hey, what was the name of that chick who got thrown out of Hollywood High School with you?’ I said ‘Oh, Juanita’ and said ‘thanks’ and went back to writing.”

Throughout the mid-’70s the band cranked-out powerhouse live performances, collaborated with the likes of Robert Palmer, Tower of Power, Allen Toussaint, and Emmylou Harris and cemented their place in rock and roll history with albums like Dixie Chicken and Feats Don’t Fail Me Now that featured memorable tracks including “Spanish Moon,” “Skin It Back,” “Fat Man in the Bathtub,” and, of course, their landmark song “Dixie Chicken.”

This golden age of the band culminated with the release of Waiting for Columbus in early 1978 but with it came the reality that the band was melting down as musical differences drove a wedge between founding members George and Payne. Sadly, this rollercoaster chapter came to a crashing halt in June of 1979 when Lowell George died of a heart attack at the age of 34 while touring in support of his solo album Thanks, I’ll Eat It Here.

“From the beginning, at least for Lowell and I, we weren’t as concerned with becoming a household name as we were making an impact within the musical community,” Payne said reflecting on the legacy of Little Feat. “It wasn’t really until we broke up after Lowell passed away in ’79 that the notion of what Little Feat was hit home pretty hard. It was a musician’s band, which I knew and I knew we had an impact with people out there, but I didn’t really realize how deep that impact was and how strong the songs were. I needed to get away from it and we needed a break from each other and from the intensity that culminated in Lowell’s death.”

For the next six or seven years, the surviving members took that break and did their own thing. “Everybody was working with different people. I had a blues band called the Blues Busters. Sam [Clayton] had a gig with Jimmy Buffett. Richie was playing with Robert Plant. Kenny [Gradney] was working with Bob Weir, and Billy was playing with Bob Seger at that time, but he’d been playing with Linda [Ronstadt] and James Taylor and all kinds of people due to the fact that he’s such a great pianist.” said Barrere.

As the air started to clear, fate intervened and the phone eventually rang. “There is this rehearsal hall out here in the valley called The Alley,” explained Barrere. “They had redesigned one of their rehearsal rooms, put in a lot of old Feat memorabilia, and dedicated it to the memory of Lowell George. So, they called me up and asked if I thought I could get the guys together to have a jam session and christen the room. I went ‘I’ll try. Everyone’s kind of busy, but I’ll see what I can do.’”

But eventually, Barrere did get everyone on board. “We went in there and were playing ‘All That You Dream’ and about halfway through we were like ‘Hey, what’s the next verse?’ It was like singing Christmas carols and singing the first verse over and over again because you can’t remember anything beyond that,” laughed Payne. “When I was driving Barrere back to his house I said ‘You know man, some of it sucked but overall that felt really, really good. We might want to consider what we want to do about this.”

It wasn’t long before the remaining five decided to reform the band and recruited longtime friend Fred Tackett and Pure Prairie League co-founder Craig Fuller to help fill George’s massive shoes. Fuller jumped in with both feet and helped write some powerful songs that paid tribute the legacy of the band while still looking to the future.

“The one thing we all said we would look at very hard would be whether or not what we did was worthy of being called Little Feat. Could it hold up against the old catalog?” I think we accomplished that with Let It Roll,” admitted Barrere. When it was released in August of 1988, Let It Roll came out of the gates smoking with the smoldering Cajun boil of “Hate to Lose Your Lovin’” signaled without a doubt that Little Feat was back. “Hate to Lose Your Lovin’” ended up going to #1 on the rock charts, and the album went Gold within a few months. The band was filling sheds for the next couple of years and, in the words of Barrere, “It was an amazing run right then.”

While that run has ebbed a bit over the years, Little Feat has toured consistently and established themselves as elder statesmen on the jam scene. They’ve continued to put out original music and have enjoyed tributes from the likes of Phil Lesh, Gregg Allman, moe., and Gov’t Mule, but one of the biggest nod of all came in October of 2010 when Phish added Little Feat to a short, but prestigious list that includes The Beatles, The Who, Talking Heads, The Velvet Underground, The Rolling Stones, and David Bowie when they covered Waiting for Columbus in its entirety as their Halloween “costume.”

While Payne confirmed that no one from Little Feat was involved with any part of the production, he was very aware of it as soon as it happened. “I got in touch with Mike Gordon immediately just to say ‘Hey man, what a thing you guys did, it really touched my heart and I’m really thankful for that tribute to our band.’”

Nine years later now and Little Feat is celebrating their 50th anniversary with a massive tour that doesn’t shy away from showcasing the band’s bread and butter. “We are still doing some of the newer stuff — we’ve got stuff off Rooster Rag we are doing. But I try and keep it different every night,” revealed Barrere. “That said, we’ve got to play the fan favorites which basically means that ‘Dixie Chicken’ and ‘Willin’’ are in every set. We’ve got a list of about 50 songs and we’ve been doing ‘Time Loves a Hero,’ ‘Day or Night,’ ‘Representing the Mambo’ and lots more.”

With all the legends that have grown up around this band and the fact that the second iteration has gone on for more than three times longer than the first, there’s a certain irony that’s not at all lost, particularly on Barrere and Payne. “Not long after Lowell passed, I think I was quoted in People Magazine of all places as saying ‘Without Lowell it’s not Little Feat,’” Payne said. “So, when we put the band back together I was hit with that quote and I said ‘Yeah, that’s what I meant then, and here’s what I mean now. Isn’t it okay to change my mind?’”