Trending Stories from The Marquee
You are at:Home»Cover Story»Yheti
By Marquee Magazine on June 1, 2019 Cover Story, Features, Franz Hilberath, Interviews 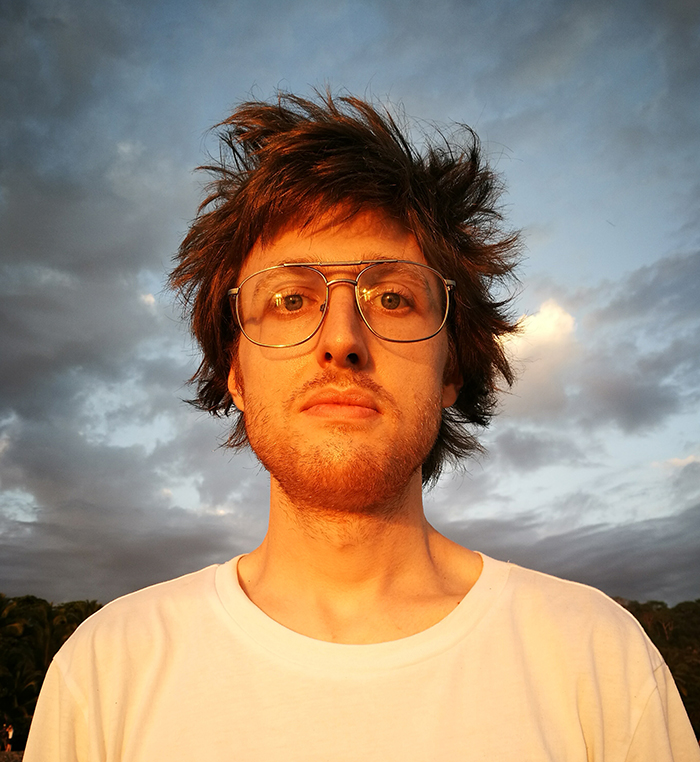 Over the last decade, the rise of the music festivals has helped blur the lines of genre and preference, allowing for a newfound, mass appreciation for niche, eclectic styles of music and artists. With electronic music in particular, this has led to a far more diverse scene and afforded artists the ability to flaunt their creativity.

One such act that has benefited from this movement is Tyler Holler, an Ohio-born producer who has gone from playing friends’ house parties on guitar amp speakers to headlining his own national tours and festival sets backed by this greater appreciation for the bass music scene.

As a 17-year music veteran, Holler has earned his seniority not only by rigorous touring and a long catalog of forward-thinking bass music but attending these festivals and cultural gatherings himself as a kid.

“When I first started going [to festivals], I was strictly just a fan in front of the speakers,” said Holler, who caught up with The Marquee while on his Tour Deformed last month. “I had some really beautiful experiences just dancing to music and hearing sound system music on a bunch of PK subwoofers. Ever since those experiences, I’ve had a really strong vision that I wanted to create that same experience for other people.”

The now 30-year-old producer has done just that, creating a similar atmosphere at his shows where his music promotes a festival-like environment. He recently described his music to Bassrush as an “experimental, playful, bass-heavy trip through many worlds of musical edits and interesting sounds, all flowing in an ever-changing dancing pulse where you forget time and see the reality around you more present.” “Music,” he said, that is “created out of the frustration of being limited by language.”

“I always make my music with that in mind — how is it going to sound on a giant festival sound system, surrounded by trees and the people we love,” he said.

This freedom to express through abstract bass was spurred from his own explorations through festival environments that call for a swathe of genres to be appreciated all at once. Prior to his successful Yheti project, the producer also played in metal bands and worked on hip-hop production that helped further this genreless, or maybe more accurately, polyamorous approach, where everything is considered.

“I try to pull from as many genres of music that I can,” Holler said. “Every time I listen to music, regardless of the genre, I try to find something about it that appeals to me and take that inspiration and work it into my music. I listen to country music radio, pop music, classical music, and follow bass music labels from all over the world. I try to take what I appreciate from every genre and pull that into mine.”

Despite its intent to appeal to the creative and free-spirit in just about everyone, this massive wave of popularity is something even Holler himself never saw coming.

The Dayton, Ohio-native, like many modern DJ acts across the country, now regularly tours the nation behind this new acceptance of producers making music that empowers.

“People are getting more and more open-minded and electronic music has more depth. People aren’t as genre based. When dubstep was getting really popular, electronic music was getting big but it was very pigeonholed into the dubstep genre. Now people have seen enough electronic music that they want something that breaks the mold. They are coming to my shows and are like ‘Play whatever you want’ instead of just wanting to hear dubstep bangers or drum and bass or house. They don’t care as much about the genre.”

Tyler Holler’s seniority and music catalog has helped make him a lead figure in the bass scene where he’s celebrated for being a champion of this non-partisan musical approach. In particular with festivals, Yheti is often booked for rare, exclusive set opportunities across the country where his music and style can further people’s desire to get lost in the music.

One such festival where he’s being given the opportunity to play two sets is Colorado’s own Sonic Bloom Festival, hosted on the Hummingbird Ranch each June. After performing at the festival in 2017 and 2018, Sonic Bloom will return Yheti for his third year in a row, this time offering fans the chance to see him twice with two set opportunities.

“My first set is going to be a mainstage set where I’m going to showcase all of my new music,” Holler said. “Then, my second set is at like four in the morning, so for that I’m going to play a lot more experimental stuff and push the genre. To stay up that late for music you’ve got to be dedicated.”

And it’s that dedication, that both he and his growing fanbase are using to cyclically fuel each other.

“I think with abstract music, or music without words, what makes it special is that since they’re not telling you how to feel about it, it just sets a backdrop to have your own experience. It becomes more personal, you’re not understanding someone else’s story but your own.”