Trending Stories from The Marquee
You are at:Home»Album Reviews»OKO TYGRA ‘Assistoma’
By Marquee Magazine on June 1, 2019 Album Reviews 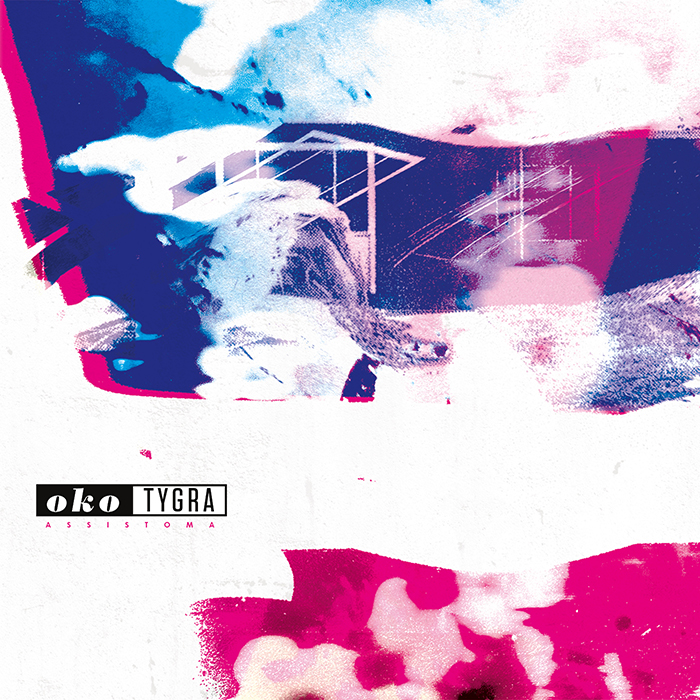 After suffering an accident that left him with a life-threatening head injury, Joshua Novak realized something had to change. Having spent years as a solo artist in Denver, this unforeseen moment became the genesis of OKO TYGRA.

“I thought we needed to approach this seriously from the beginning and I didn’t want to make the same mistakes again,” said Novak. “There would be no OKO TYGRA without the collapse of what came before it.”

He went on to explain that the band is deeply inspired by the dreamy new wave and goth acts of the ’80s. “What we do isn’t burlesque. We aren’t a cover band,” he said. “We always say that we’ve picked up where the ’80s left off.”

Within its first year, the band (which includes Neil Robertson, Jeremiah Mora and Noah Simons) played the CMJ festival in New York and released their acclaimed first 7-inch.

OKO TYGRA then continued with memorable performances at SXSW, Red Rocks and Daytrotter.

They opened sold-out shows for bands like Purity Ring, The Fixx and The Horrors. But one of the group’s most key moments came when they reached out to noted indie producer, Jorge Elbrecht (Sky Ferreira, Wild Nothing, Tamaryn, Ariel Pink) to record their “Sealegs” 7-inch.

This symbiotic relationship with Elbrecht continues with his production and mixing of the OKO TYGRA debut full-length, Assistoma.

The ten tracks on Assistoma distort Novak’s early lyrical distress and candor resulting in a deeper connection to the parts left unexplained. The sonically dense songs are a study on the almost fetishistic joys of being alone, while being filtered through the blissed-out perspective of a queer protagonist. “I was in a place in life where I felt a bit lost,” he said. “This was amplified by the ending of a toxic romantic situation I was in at the time. I didn’t feel like exploring the typical themes of love and loss. I wanted to see what it meant to be alone. But what I felt didn’t have a name, so I made up ‘assistoma’ to describe it. I think I wanted people to sort of scratch their heads a little. We all know what it’s like to be alone and how it feels to be overjoyed, but I wanted to write something that put those two feelings in the same room together and make it feel like a love song, even though it’s not.”

Despite, or perhaps because of, these feelings of ‘assistoma,’ Novak touches on family as a source of inspiration for the band. “Like a lot of people, we all have complicated relationships with our families, particularly our fathers. In our band there has been death of parents, intense political and religious disagreements, abandonment etc. So, when writing about them, we wanted to focus more on the feeling and not the straight-up biography. We wanted people to wonder, is it about God or fathers? About romantic love or parental love? Is it about silence or integrity?”

OKO TYGRA also delves into bigger themes like faith, war, obsession — creating moods around these ideas that are a bit more surreal or abstract. “We are intrigued about the open-endedness of these bigger questions and wanted to capture a little bit of that by not focusing too intently on the answers, which no one has,” Novack said. “Our music brings these things into focus and puts us in control of the outcome. It’s as if we look forward to the future by acknowledging the past.”