Trending Stories from The Marquee
You are at:Home»Cover Story»Tor
By Marquee Magazine on June 1, 2019 Cover Story, Features, Franz Hilberath, Interviews

The dual Aussie/Canadian details his start, the rise of sample-based music and playing his style of music before the masses

Cervantes’ Other Side | June 1 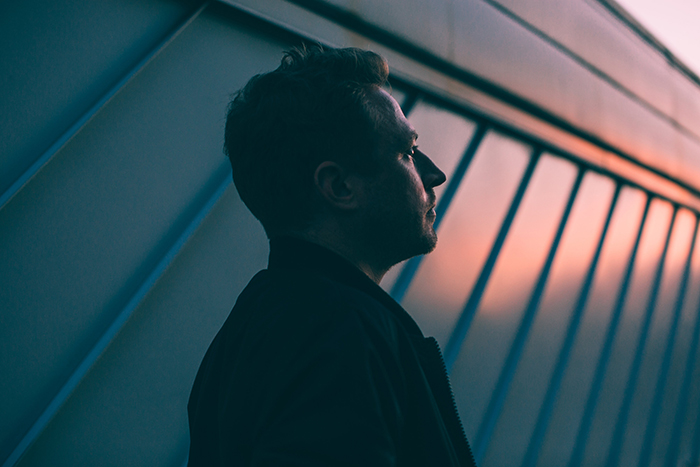 With electronic music’s evolution in style and popularity, it’s no surprise that more artists continue to sprout up around the world with a broader offering of music than ever before.

By way of both the Great White North and Down Under, Tor Sjogren has been releasing music for over a decade that exudes worldly styles and sounds. Born in the scenic Coast Mountains of British Columbia, Sjogren’s move to Australia as a teen helped spur an eclectic and diverse musical career as, simply, Tor.

“I grew up in a ski resort town called Whistler, which is near Vancouver here,” said Sjogren, who spoke with The Marquee last month while working on his latest album. “There’s a lot of Australians that come over there for skiing. My mom met one of these Aussie guys when I was a teenager and they got married and we all moved down there. I ended up living in Australia for seven years. It was a big part of my life, and that’s where I got into making music.”

It was here his cultured background and sophisticated interest in music began to shift to the forefront of his life, and in 2009 he co-released his first project, a hip-hop remix tape called Illinoize. This influence, Sjogren said, is largely how he shifted into electronic production in the early stages.

Hip-hop, however, is only one of the many influences Tor’s music pulls from to create his unique signature sound. The producer collects Celtic, tribal and even old film samples and incorporates them into his downtempo, instrument-based production style.

Emancipator — who will also perform at this year’s Sonic Bloom — recognized this talent of Tor’s early on after the pair worked on a remix together, and would later release Tor’s debut album Drum Theory via his Loci Records label.

“I was writing my first album, something I had wanted to do for a long time with electronic and instrumental. I was a big fan of Emancipator and emailed him out of the blue to ask if I could do a remix for him,” Sjogren said. “We sort of kept in touch after that, and I ended up finishing my album (Drum Therapy) a year or two later. [Emancipator] had been wanting to start a label for stuff like this, and it worked out that my album was a fit for the first release.”

This platform set the stage for his specific style to be appreciated by a wider audience, elevating Tor from playing bars to riding along with Emancipator on nationwide tours.

“It was definitely weird,” he said, recalling his jump from essentially playing in the background to performing before thousands. “My first experience with all that was pretty crazy. I had only played maybe one or two shows here in Vancouver, like at a friend’s pub or something. Then Emancipator took me on this 35-city tour of the states on a bus, playing in 1,000-capacity venues,” said Tor. “So, I kinda got thrown in the deep end with that side of it. It was sort of a roller coaster crash course to playing live shows.”

Due to the exposure, Tor began getting booked at exclusive festivals throughout Europe, Australia and North America. The dual-Aussie/Canadian is set to perform at Sonic Bloom for the second year in a row, returning in part to the festival’s commitment to mirror Colorado’s growing embrace of diversity in art.

“I love the people that come to Sonic Bloom. Colorado has such a great scene,” said Sjogren. “Everybody is so passionate and into it. It’s a really solid community there and you can feel it at Sonic Bloom. The production, the community, the stages; it’s really well done. I played there last year and it went down really well. I had a really good time slot and people were stoked.”

So far this year the producer has been working on his third studio album, an as-yet nameless project that Tor said will be released sometime next year. This new record, he explained, continues a trend of consistent evolution and development of his sound.

“It’s always changing a bit. I’m still into the sample aesthetic, but I’m evolving with the kind of sounds that I’m looking for. I started out with Celtic, psychedelic guitar type things. I’m enjoying a lot more synthesizers these days, mixing in analog synths with that type of sample aesthetic — percussion as well, finding really cool sounds, unorthodox drum patterns and little polyrhythms in the background and mixing that all together. Finding new things and not repeating the same kind of sound, that’s kind of the way I approach it,” he said.

Much of Tor’s draw comes from his process of putting it all together. The producer’s dexterous compiling of samples for projects is staggering, pulling from old-time records and sounds that most listeners would have never come across otherwise.

“I love the vibe of old records and sounds of instruments that are recorded that way and using that as a sort of texture in the music that I make and finding the right sounds. I like each sound to be interesting on its own and a unique piece that’s interesting instead of just throwing it all in.”

Cervantes’ Other Side | June 1