Trending Stories from The Marquee
You are at:Home»Album Reviews»Andy Palmer ‘Hazard of the Die’
By Marquee Magazine on May 1, 2013 Album Reviews, Brian F. Johnson 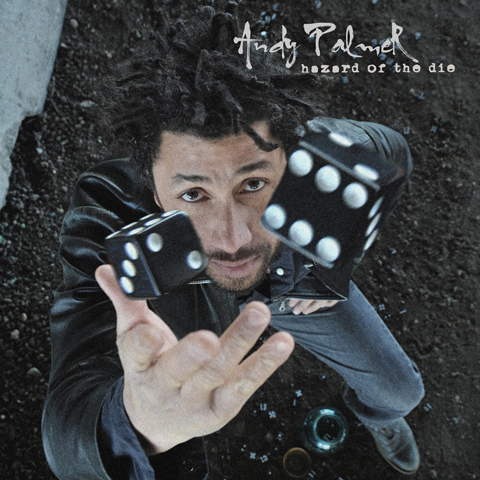 Hazard of the Die

“So much of our lives is a roll of the die. We become saints or criminals, monks or defendants largely because of what has happened to us and around us. A lot of who we are is out of our control,” writes Andy Palmer in the description of his new album Hazard of the Die.

For a man who spent years as a New York City public defender, preceded by six months living in near solitude in a yurt in Maine, where he meditated four hours a day and stopped listening to, but began playing music, the statement couldn’t be more profound.

With vocals that are a spitting image of the late Vic Chesnutt, a raspy baritone that is capable of heavy growls as well as delicate deliveries, Palmer puts forth what he calls an outlaw poetic angle, focusing on themes of robbery, death, class struggle, and stories of sin and salvation. Public defenders are often cast as overwhelmed, inexperienced, or disengaged individuals supporting guilty ne’re-do-wells, but through his verse and even in his liner notes, Palmer shows that he was one of the good guys, fighting the good fight. He wraps up his disc’s acknowledgments by writing, “And for all the folks who have been wrongly convicted and incarcerated — losing liberty, livelihood and sometimes even their lives.”

On “The Defendant,” in particular, Palmer seems to be writing specifically to the ghosts of his legal system past. The tale of a wrongfully accused man features the lyrics, “The cards are stacked against me being nice/ and a man in a robe is rolling my dice.” Palmer said in his press release that the track was written after he had seen someone in court being hauled away to the infamous Riker’s Island prison, while letting out a blood-curdling scream as the court room went otherwise silent.

While Hazard of the Die is mostly dark, downright sinister at times in comparison to the normal singer/songwriter fare, even at its darkest moments there seems to be some element of hope, almost as if there’s a hand outstretched in the darkness offering salvation.

The songwriter also gives a solid nod to his adopted home of Denver with the track “Heart of Colfax.” Anyone who has spent time on the heralded avenue will recognize the intersections (York, Vine, etc.) that he mentions, but the true jewel of the song is the refrain, “Love still lives here, just down a couple doors.”

Palmer released his debut Sometime Around in 2011, but a chance happening will make this sophomore release stand out further. Palmer was chosen by a SonicBids contest to have his album produced in Los Angeles by famed producer Warren Huart (Aerosmith, James Blunt). The result is clear as Hazard of the Die is sublimely balanced, layered where the songs demand it, and stripped where it’s unnecessary.   — BFJ